The R380 million expansion of Durban’s famous promenade is set to open before the end of the year, in time for the busy festive season, City of eThekwini mayor Mxolisi Kaunda said. It includes public amenities such as change rooms, public bathrooms, a lifeguard lookout point, and new restaurants and cafes. It will be 30 metres in width. Beneath the promenade, dedicated parking for water-sport clubs and public parking will also be provided.

Construction started in January 2018, and was supposed to be completed by the end of September, Traveller24 reported.

Kaunda said the hope is that the new development will increase tourism growth in the area, stimulating economic growth.

The expansion, which forms part of the larger Durban Point development, will unlock R35 billion investment in the area, Kaunda said. 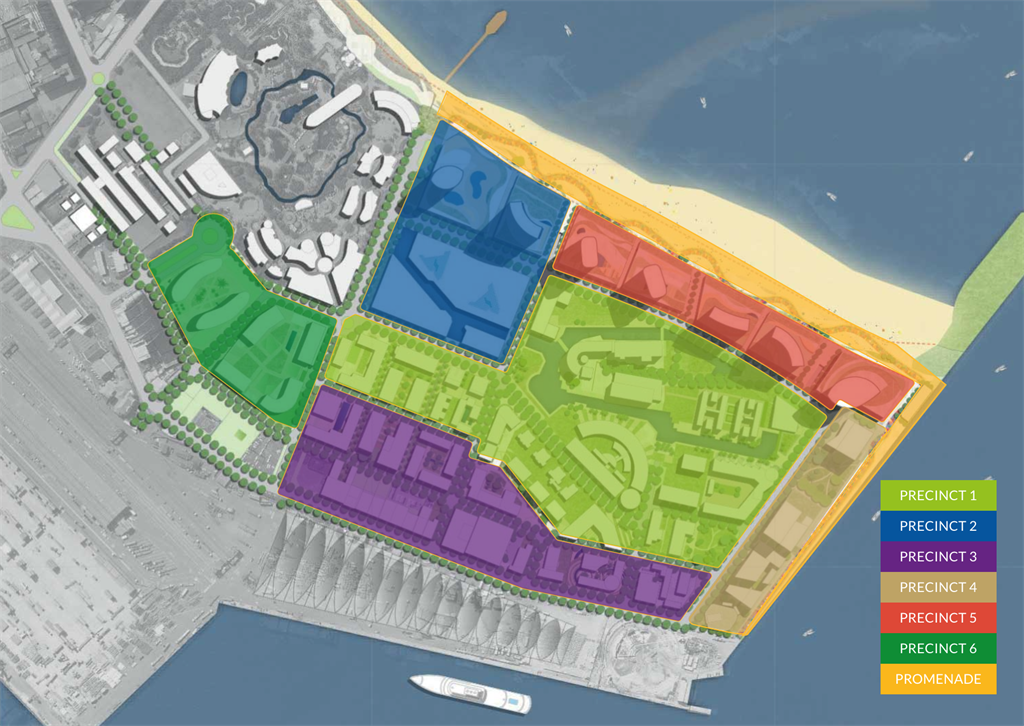 An artist impression how the Durban Point development will look like once completed (supplied, Durban Point)

Further phases include the construction of several residential and commercial towers, taller than 55 storeys, which will ultimately link to the planned cruise terminal.

This project is seen as a catalyst for the redevelopment and regeneration of the entire inner-City.