Dubai's tourism boss defended the city's lax restrictions in the wake of a sharp spike in coronavirus infections.

The city, part of the United Arab Emirates (UAE) has remained far more open than much of the world, and as a result many western influencers have flocked there to escape lockdowns where they live.

While other nations have clamped down hard to prevent travel, fearing that visitors will bring a resurgence of the virus, Dubai has kept most of its industries open.

Helal Saeed Al Marri, the director general of the Dubai Department of Tourism and Commerce Marketing, told CNN: "We approach things in a very measured fashion, but it's our philosophy that we should work through this pandemic."

"If we ask everybody to change their behavior 100%, it's very unlikely to get full compliance. In our case, we've asked people to tweak their behavior, to learn to live in the new normal, and people have embraced that." 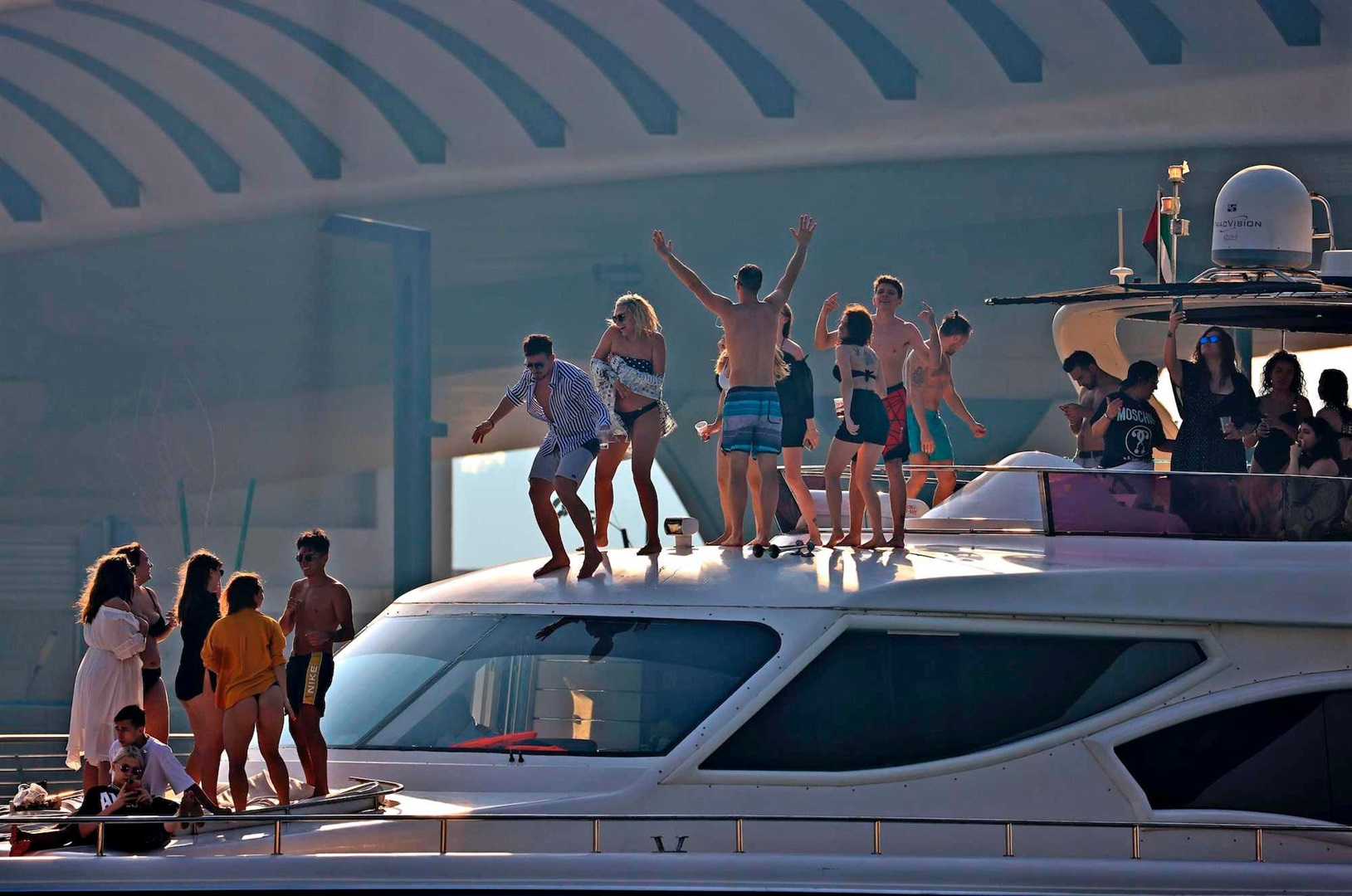 Tourists party on a yacht in Dubai Creek on February 4, 2021.
KARIM SAHIB/AFP via Getty Images

He said that people are wearing masks in Dubai, and that compliance is being driven by ordinary people rather than the police.

But the UAE's cases have soared.

The UAE did impose some new restrictions on Tuesday: It closed bars and night clubs, and reduced the capacity of indoor venues like malls. Dubai's approach has made it a magnet for tourists and influencers. Al Marri told CNN last week that more than 500,000 tourists visited Dubai in December.

As the Guardian reported, many influencers are justifying their visits as legal work trips rather than vacations, which countries like the UK have banned. They claim that going to Dubai is necessary to keep creating content to post.

Many have been posting photos and videos of themselves in the city.

The Guardian reported that she and other reality stars said they had rented a room to work creating sponsored content.

And  Gabby Allen, another British reality star, told her followers that "we made the decision to fly out to Dubai as my boyfriend's business is based here and luckily allows us to travel," The Guardian reported.

Al Marri told CNN last week that the increased cases were not the result of tourism, but of people not following social distancing rules and guidelines. He said that Dubai has "a very clear plan on how to deal with this."

But, as USA Today reported, several countries have blamed people travelling to Dubai and then returning for spikes in their own territories. A health worker checks a man's temperature in Dubai on February 3, 2021.
KARIM SAHIB/AFP via Getty Images

And some countries have started to crack down on people coming back from Dubai.

The UK removed Dubai from its travel corridor list in January, which means people returning from the city have to self-isolate for 10 days. And it later banned direct flights to and from the UAE.

Tourists travelling to Dubai have to test negative for Covid-19 within 96 hours of their flight. Some travellers may also have to take another test on arrival, and then quarantine while waiting for the result.

Dubai's current approach is a big change from its strategy at the beginning of the pandemic in 2020.

It then implemented an online system that people had to use to apply for permission to go outside for any reason, including to buy groceries or in an emergency.