Apis Cor
Dubai is known as a city of opulence that constantly tries to outdo other tourist destinations.

With the largest population in the United Arab Emirates, Dubai already has the world's tallest building, the Burj Khalifa, which stands 160 storeys tall.

Now, the city has become the site of a new architectural feat: the largest 3D printed building in the world. The building will be used for administrative purposed by the municipality.

These photos show how the construction of this innovative structure came together.

Dubai became the home of the world's first 3D printed office building in 2016, according to Reuters. Now, the city is also home to the world's largest 3D-printed building. US company Apis Cor built the structure using only one 3D printer, which was moved around the site by crane. The two-storey administrative building will be used by the Dubai municipality. Only three workers, plus the printer, were need to construct the entire building. The 3D printed walls were placed on concrete foundation, and reinforced with more traditional construction materials of rebar and more concrete, Curbed reported. Contractors were also brought in to install windows and the roof, according to Curbed. The walls are 9.4 metres tall and the structure is 640 square metres, making it the largest 3D-printed building ever, according to the Apis Cor. Not only is it the largest 3D-printed building in the world, the government of Dubai also says that this is the first two-storey structure of its kind. The building is a move toward sustainability, using local materials and efficient insulation to reduce energy consumption, the Dubai government said. 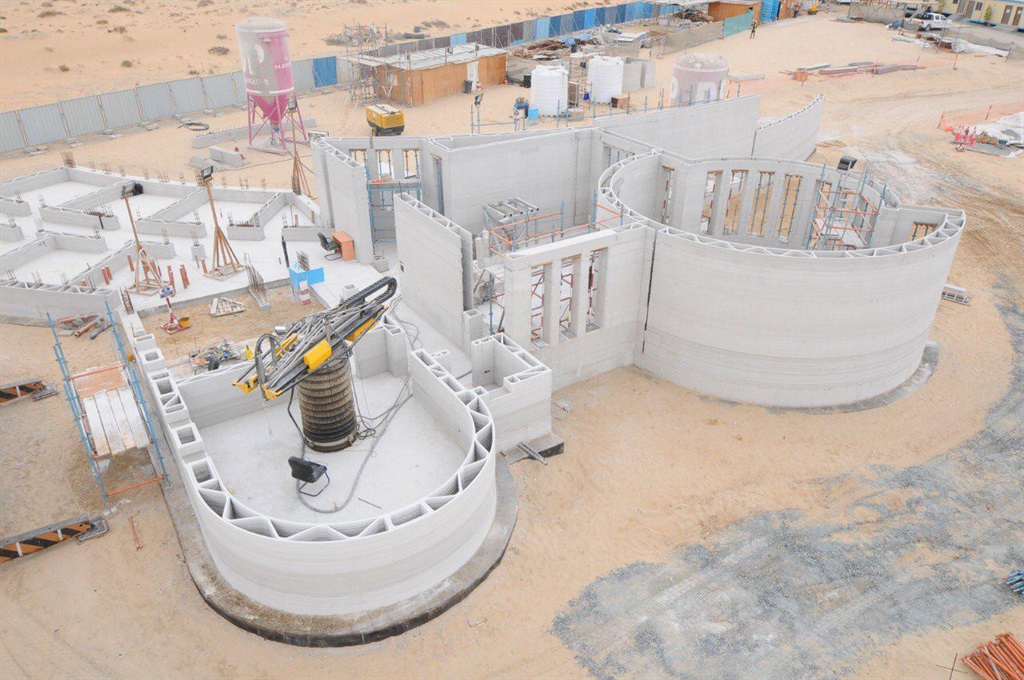 Dubai has plans to continue innovating in this area. Under the direction of the prime minister, the city has a goal of 3D printing 25% of all buildings by 2030.