How to have a coronavirus social routine that's as meticulous as Dr. Fauci's Dr. Anthony Fauci does not consider his own pandemic protocol as anything to admire, or to emulate.

"I don't think we need to go by my routine, which is probably unusual," he said, when I asked how we might be able to relax our daily procedures a little, after months of vigilance against the coronavirus in the US.

The 79-year-old head of the National Institute of Allergy and Infectious Diseases said he's been working "seven days a week, 18 hours a day," something he does not recommend.

(Severe stress, as he says, "can sometimes impact the immune system," which is not great during a pandemic.)

Often, he'll spend half a day at the White House, and the other half in his office at the National Institutes of Health. Maybe, he'll have time to bite into a cold slice of pizza while breaking for lunch.

On his off-time, however, he doesn't collapse on the couch. He maintains a schedule of activities to stay fit, healthy, and connected with other people.

Nightly power walks with his wife

When he goes home, he reconnects with his wife, nurse Christine Grady, who heads up the department of bioethics at the NIH. "She does a considerable amount of her work virtually," Fauci said, so she's "in contact with very few people."

At night, the two often get outside for a brisk stroll along the C & O canal, knowing that regular exercise is a great way to combat stress, keep your brain and heart healthy, and improve your mood. "I go for my exercise — a three- to four-mile [five to six kilometre] power walk at night with my wife — that's one person who I know is not infected," Fauci said. 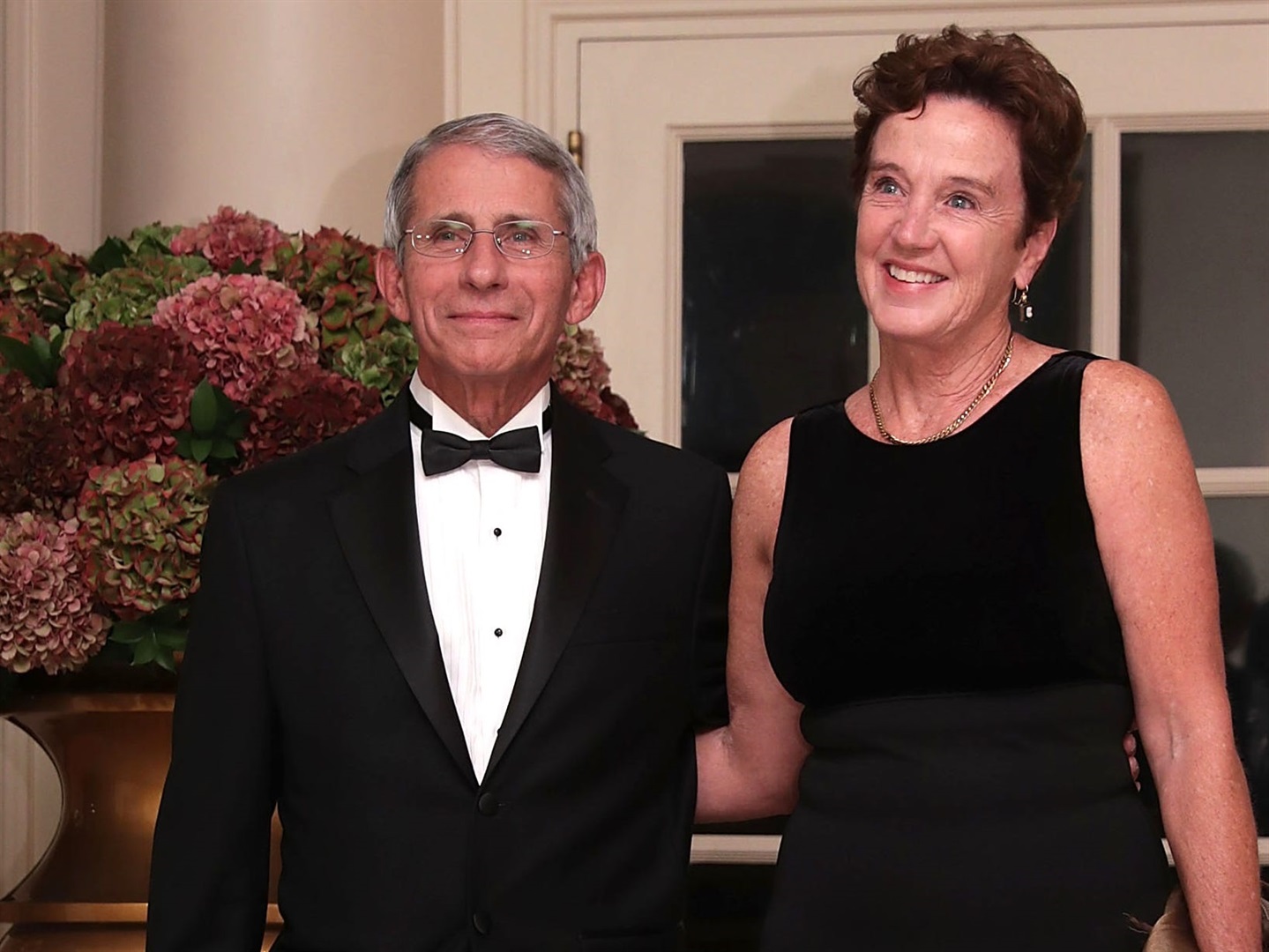 Dr. Anthony Fauci and his wife Christine Grady at the White House for a state dinner on October 18, 2016.
Alex Wong/Getty Images

Sometimes, if there aren't other people out in sight, he'll even pull down his mask and enjoy the fresh air, as he recently told Jennifer Garner.

But he's definitely not heading to any bars or restaurants, or doing much else for fun.

"There's no outside entertainment, there's nothing other than just my relationship with my wife — which is terrific," he said. "So we have a very regimented, predictable existence of work, work, work, exercise, eat — but do it in a very safe way."

Because he doesn't get a ton of sun from his nighttime exercises and days spend indoors, Fauci also pops a vitamin D supplement, which is one of the few that experts say is a useful addition to a healthy diet, for the many older adults who are deficient. (He also says you can take "a gram" of vitamin C daily, but you don't have to if you're eating fresh fruits and vegetables every day.)

Other than Grady, Fauci doesn't really hang out with other people socially, especially indoors, where the coronavirus tends to spread well between people.

"We're being very careful for any number of reasons you may want to be careful, but also, you know, I'm not the youngest person in the world," he said. "I'm in a risk category."

If he does get together with friends, the gatherings are intimate, fresh air affairs, where infection prevention is always top of mind.

"It is usually a dinner outside on the back deck with people who we've known for a long time who are equally as compulsive as we are about trying to protect yourself against infection," Fauci said. "The total number of us is never more than four or five."

He may have to break his rule against indoor socialising as it gets colder, but he is not sure how that will work

Until now, the only person they've invited indoors was one their daughters who came to visit over the summer, and quarantined herself in the basement for 14 days before sharing their space.

"I almost can't remember what we did indoors with anybody other than just my wife and I in the house and one of my children," he said.

When I asked him how those routines might change as winter approaches, and temperatures tumble, Fauci said he doesn't have any "easy answers" for how life will continue with the virus, into 2021.

"My wife and I actually had a serious conversation last night, as we were sitting out on the deck, about what the heck is going to happen in the winter, you know? And I'm not sure, to be honest with you. But certainly we're going to have to do indoor things more than we were able to do before. Because we do almost nothing with people indoors right now."