The death of small talk is a bad thing. Here are some tips for talking to strangers without being awkward in this new normal. "This weather is the worst!" "That game was crazy, huh?" "I love your shoes!" Remember making and responding to these sorts of niceties in the gym locker room or while saddling up to a bar?

In recent years, we've become less practiced in them, as we increasingly rely on technology for communication. Young generations in particular are no longer "skilled at interpreting human emotions," Dr. Arthur Cassidy, a social media and celebrity psychologist, told the conference call company PowWowNow.

The pandemic has made it much worse, largely halting casual interactions with strangers and straining the opportunities that remain — like in the grocery checkout line — with masks, shields, and distance. The absence of many sporting events, concerts, and Hollywood blockbusters has also dried out the conversational well.

But while some people may relish the absence of IRL networking events or the fact that shutting down nosy strangers' advances is now acceptable in the name of "six feet," research shows small talk is key to the fabric of society and a proven way to boost well-being, even if you're an introvert.

And, though fumbling through chit-chat with strangers can come with awkwardness and misunderstandings, psychologists say there are ways to improve communication in the new normal.

Small talk can boost your sense of belonging, creativity, and humanity

Humans are social creatures. After our most basic needs — food, safety, shelter — are met, we need to belong. Research has even linked lower social support at work with a 2.4 times greater risk of death over two decades.

And while virtual gatherings can offer a container for belonging, it's the seemingly inconsequential chatter that can fill it up.

Bonding over a shared passion for glazed over powdered donuts while in line at the bakery, for example, validates your preference, boosts your self-esteem, and feeds that sense of belonging (as well as your growling stomach, of course), Michael Chetta, an industrial and organizational psychologist at the University of Central Florida and a cofounder of Talent Metrics, previously told Insider.

"There's something about the idiosyncrasy of bumping into someone and starting a conversation — one things leads to another and — aha! — you have a creative idea," Rothbard said. "There's something whimsy about that."

Shooting the breeze about inconsequential matters rather than weighty topics also helps show others we're friendly, Deborah Tannen, professor of linguistics at Georgetown University and author of "You Just Don't Understand," told the New York Times. And friendliness, more than "fitness," is an evolutionary necessity linked to survival, some researchers theorize.

"If everybody was strangers, and we didn't exchange talk unless you had something important or personal to say, we wouldn't have a lot of conversations," Tannen said. "That's true for every culture. Like shaking hands or waving goodbye, we have physical and verbal ways to indicate, 'We're in this together,' 'We're both humans.'"

Studies show it's not what you say that matters, it's that you speak at all.

"Talking is a social lubricant, not necessarily done to convey information, but to establish familiarity," Asif Ghazanfar, a professor of psychology and the Princeton Neuroscience Institute, said in a press release about his his study in primates suggesting chit-chat is an evolutionary social-bonding tool that helps establish closeness.

Another study showed that, while people who have more substantive conversations tend to be happier, idle small talk is not necessarily negatively related to well-being. Rather, breezy banter is the on-ramp to the deep convo plane.

"I think of it like this: In every pill, there's an inactive ingredient, and it's a nice metaphor, because you cannot have the pill without the inactive ingredient," study author Matthias Mehl, a professor of psychology at the University of Arizona, said in a press release.

Other studies have shown small talk is linked to happiness, with one finding that train-riders who were told to strike up a conversation with a fellow commuter reported a better experience than those who kept mum.

Similar results have even applied to introverts: In one study, researchers instructed people to act like extroverts (defined as talkative, assertive, and spontaneous) one week and introverts (or deliberate, quite, and reserved) the next, and found that even the natural introverts reported better well-being on the weeks they faked it.

"Manipulating personality-relevant behavior over as long as a week may be easier than previously thought, and the effects can be surprisingly powerful," UC Riverside psychologist Sonja Lyubomirsky said in a press release.

Small talk is different in the new normal, but that's not an excuse to avoid it

Communicating while six feet apart and under a mask can make what some already view as awkward even moreso.

Insider previously talked to people who regretted making an aloof comment; worried about how they'll ask for help from strangers if they get a flat tire; feared going on, let alone charming, a first date; and wondered how to politely turn down pals who go in for a hug when they're more comfortable with a wave.

"There's a potential weirdness" to face as people begin to re-engage with society, Tony Lemieux, a social psychologist at Georgia State University, told Insider. "Like how are we supposed to act now?" 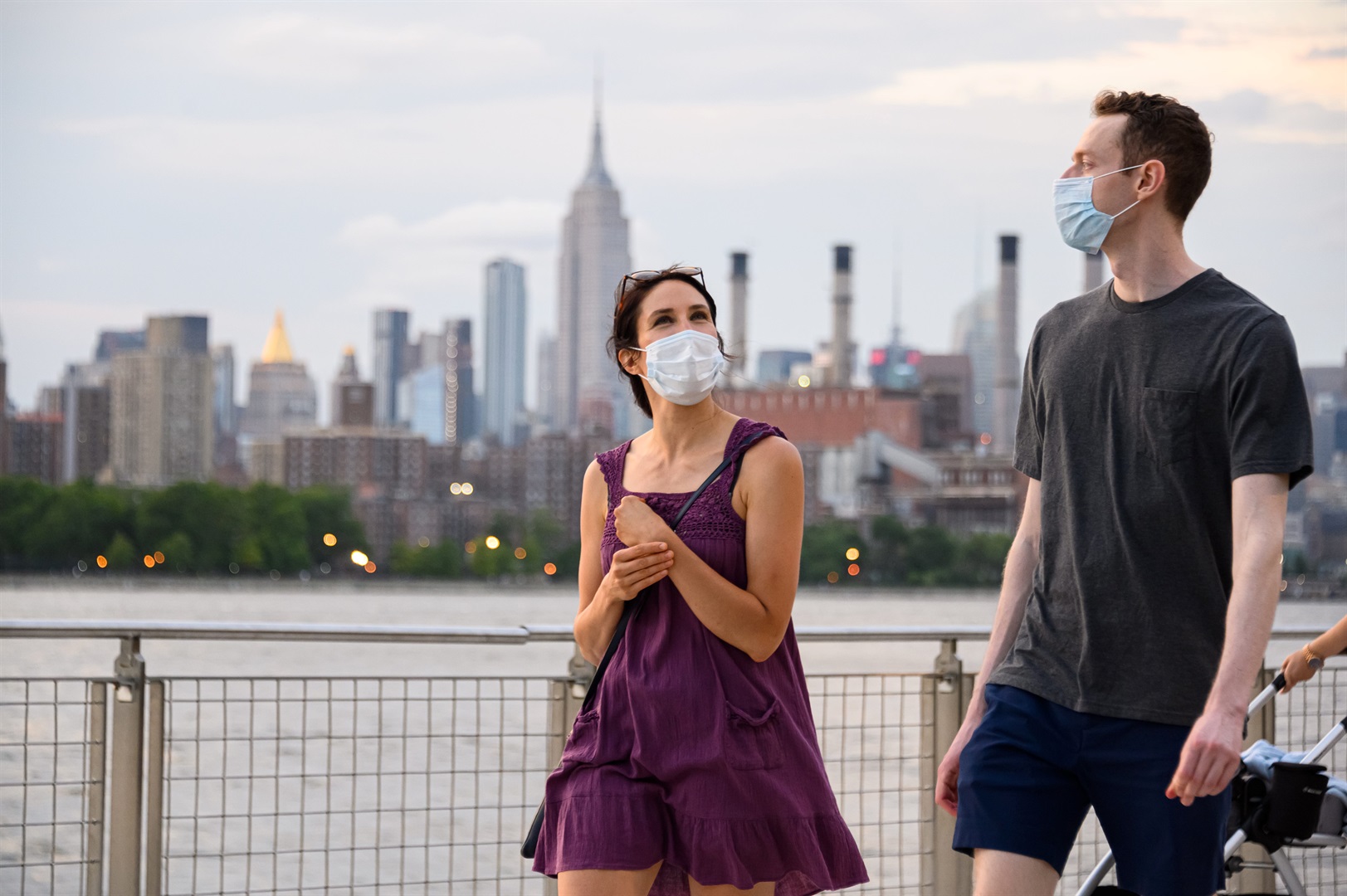 But rather than avoiding real-life exchanges altogether, use arm gestures, raise your eyebrows, and exaggerate your tone to better connect, Ashley Rose Mehlenbacher, an English professor at the University of Waterloo in Ontario, told The Wall Street Journal. People can hear if you're smiling under your mask.

On Zoom gatherings, fake a smile if you have to. A phony smile seems to have more benefits than drawbacks to the recipient, Michael Chetta, an industrial and organizational psychologist at the University of Central Florida and a cofounder of Talent Metrics, previously told Insider.

"It's funny how as creatures, we need that interaction, even if it's forced," he said.

As for what to talk about, avoid dire headlines and statistics and aim to address how people are feeling or by asking about something everybody does. "What's the best thing you ate?" Tannen suggested to the Times.

Eric Kussin, founder of the #SameHere mental health movement "We're All a Little 'Crazy,'" finds practicing strategies like these — as well as being more articulate in video chats about his feelings — may actually benefit society if we reenter with new tools to convey our emotions and connect.

"You can take an adverse experience and turn it into a positive," he told Insider.