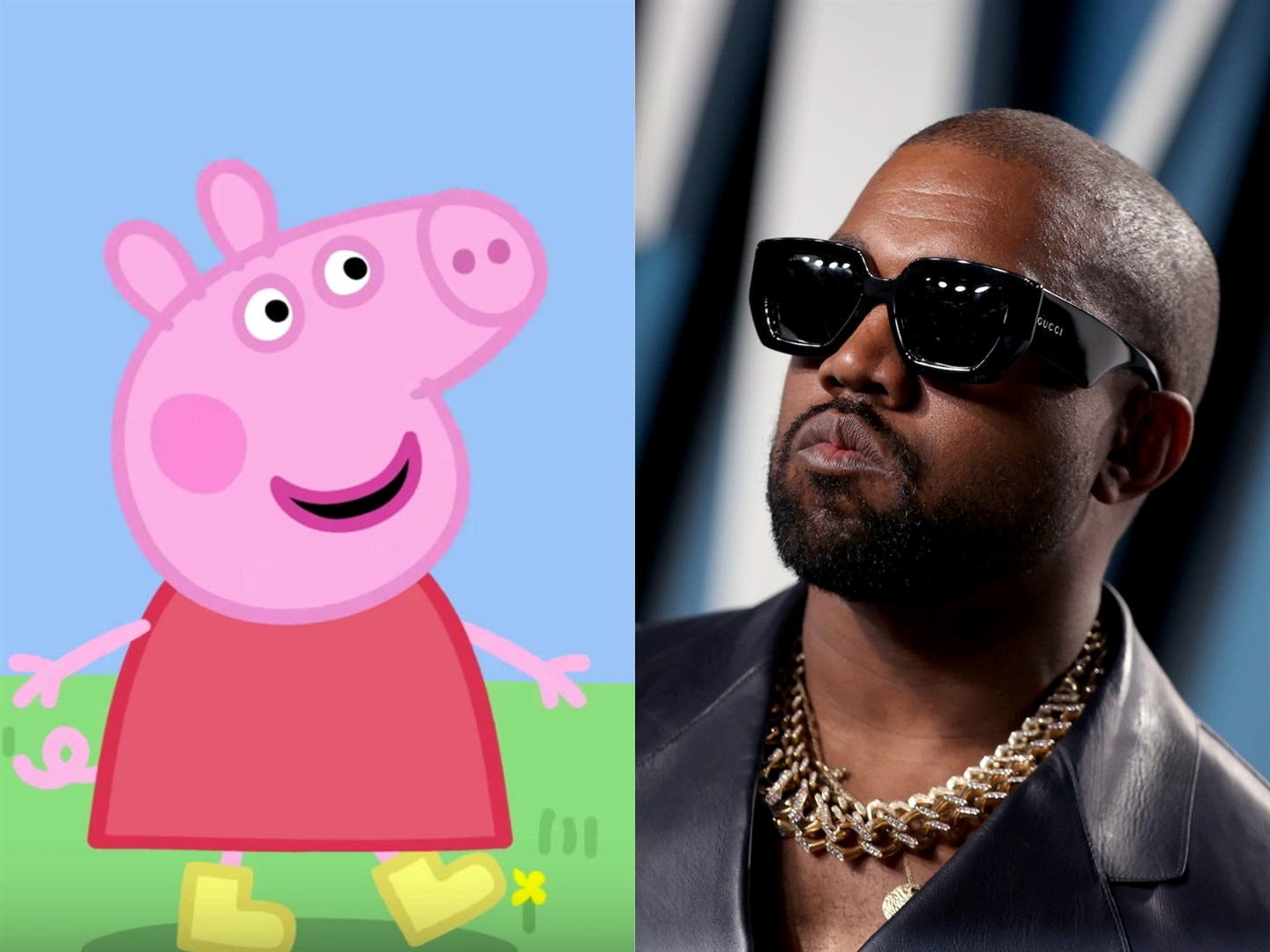 A tweet from the official Twitter account for Peppa Pig - the anthropomorphic British cartoon character - referenced a discrepancy between Pitchfork ratings for Peppa's sophomore album "Peppa's Adventures: The Album" and Kanye West's "Donda."

"Donda" was released on Sunday (and the artist later said that his label, Universal Music, did so without his permission.) Pitchfork, the Condé Nast music publication, gave the album a 6.0 rating, with contributing editor Dylan Green calling it a "data dump of songs searching for a higher calling."

In the wake of "Donda's" release, multiple popular tweets noted the discrepancy. Eventually, the official Peppa Pig Twitter account joined in by quote retweeting one such tweet comparing the reviews.

"Peppa didn't need to host listening parties in Mercedes-Benz Stadium to get that .5," the account wrote in a since-deleted tweet, followed by microphone and pig snout emoji. The tweet referenced the "Donda" listening party that West held in July.

The tweet, which was removed from the account several hours after it was posted on Wednesday, was accompanied by a quote-tweet of a post from user @seeohhellbeewhy that juxtaposes screenshots of both albums' ratings from Pitchfork.

A business email address listed on the official Peppa Pig YouTube channel did not immediately respond to Insider's inquiry regarding the tweet's deletion.

Peppa Pig has her own meme history

The idea of Peppa Pig - a cartoon swine known for reportedly causing American children to develop British accents - receiving a higher critical rating than a delayed work that West worked on for weeks while living in a windowless room in Mercedes-Benz stadium is inherently funny. There's also a deeper history of people online treating Peppa Pig as a pop icon.

Peppa Pig's first album, aptly titled "My First Album," exploded online in July 2019, when people overcommitted to hyping Peppa up as the newest pop icon. People joked that Peppa's album was going to blow Iggy Azalea, who was releasing music on the same day, completely out of the water. (Azalea, to her credit, played along with the joke.)

Eventually, the joke went so far that people were genuinely streaming "My First Album" on Spotify, leading to a distortion in the "related artists" section on Peppa Pig's page. Instead of recommending childrens' artists like Teletubbies like it does today, Spotify showed that Peppa Pig's listeners were also into artists like Rina Sayawama, Kim Petras, and LOONA, all of whom have sizeable LGBTQ fandoms.

A 2019 Vox article about the phenomenon called Peppa Pig an "LGBTQ icon."

Since then, the meme of Peppa as pop icon has stuck around. There's even a Twitter account dedicated to comparing Pitchfork reviews to that of "Peppa's Adventures: The Album."