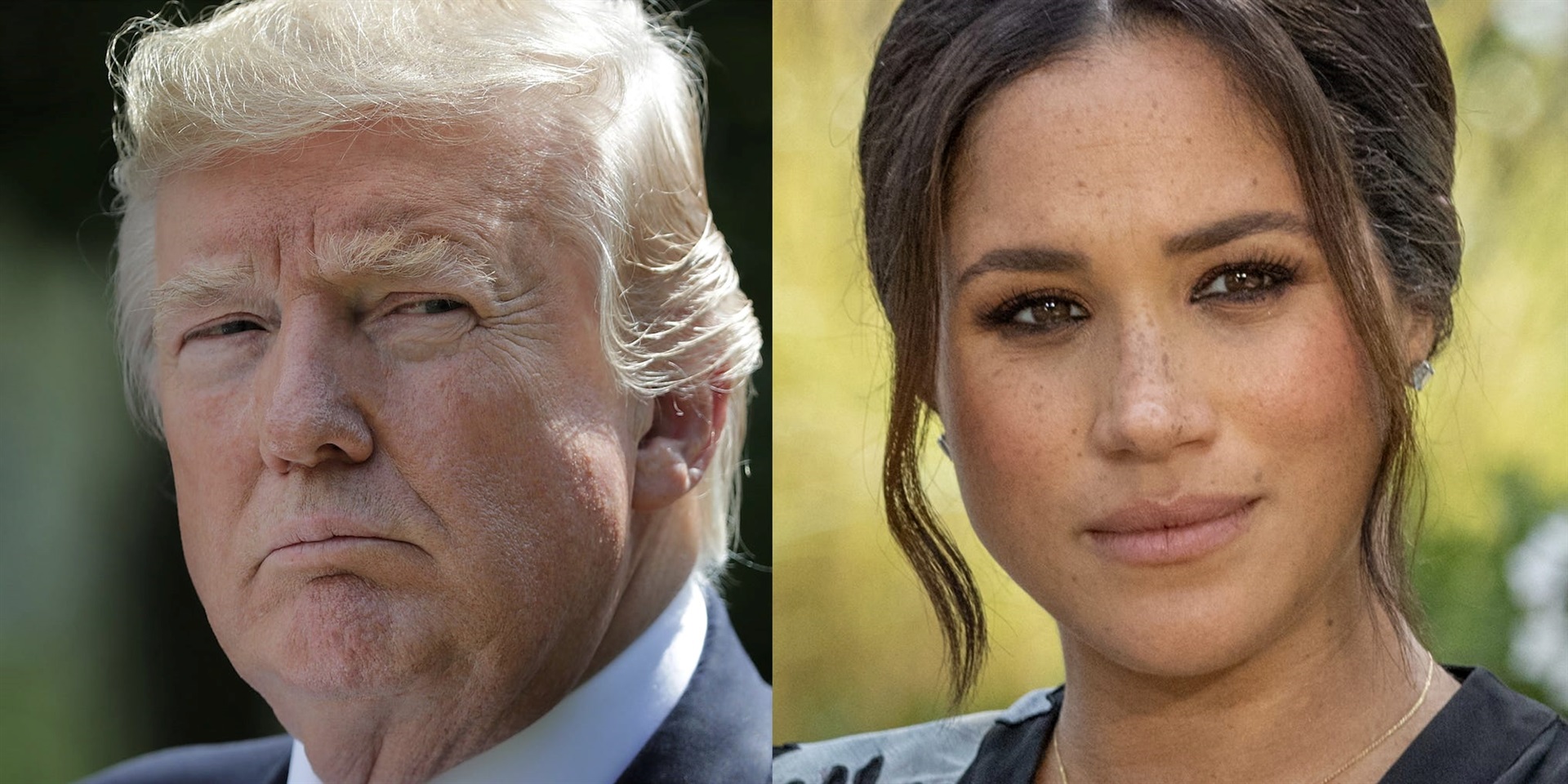 Donald Trump says he may run again for president in 2024 if Meghan Markle decides to stand.

The former US president was asked on Fox News on Tuesday about reports that Meghan Markle had met with Democrats to discuss the possibility of running for the White House in 2024. "I hope that happens because if that happened I think I'd have an even stronger feeling toward running," Trump said.

Former President Trump is asked by @MariaBartiromo about Meghan Markle meeting with Democratic operatives about running for president:

"If that happened, I think I'd have an even stronger feel toward running." pic.twitter.com/Ja69PmiRjg — Daily Caller (@DailyCaller) March 16, 2021

An unnamed UK political figure on Sunday with links to Washington told the Mail on Sunday last week that Meghan Democratic circles in Washington were "buzzing with talk" about Meghan's political ambitions, adding to rumors that she wants to run for president in 2024 that circulated last year.

A source close to Markle last year told Vanity Fair that she "would seriously consider running for president" and said she had not given up her American citizenship when she married Prince Harry "so she had the option to go into politics."

Trump's comments came after Harry and Meghan Markle's explosive interview with Oprah Winfrey last week, in which they claimed that a member of the Royal Family had expressed racist views in private conversations.

"I told him I was going to join you on this show," Jason Miller, a former senior Trump adviser, said during a podcast published last week.

"He says, if you want you can make a little news on Meghan. ... He goes, yeah, she's no good, and now everybody's seeing it."

Trump also criticised Markle while he was president, on one occasion branding her "nasty" after he was told she said she would move to Canada if he were elected in 2016.