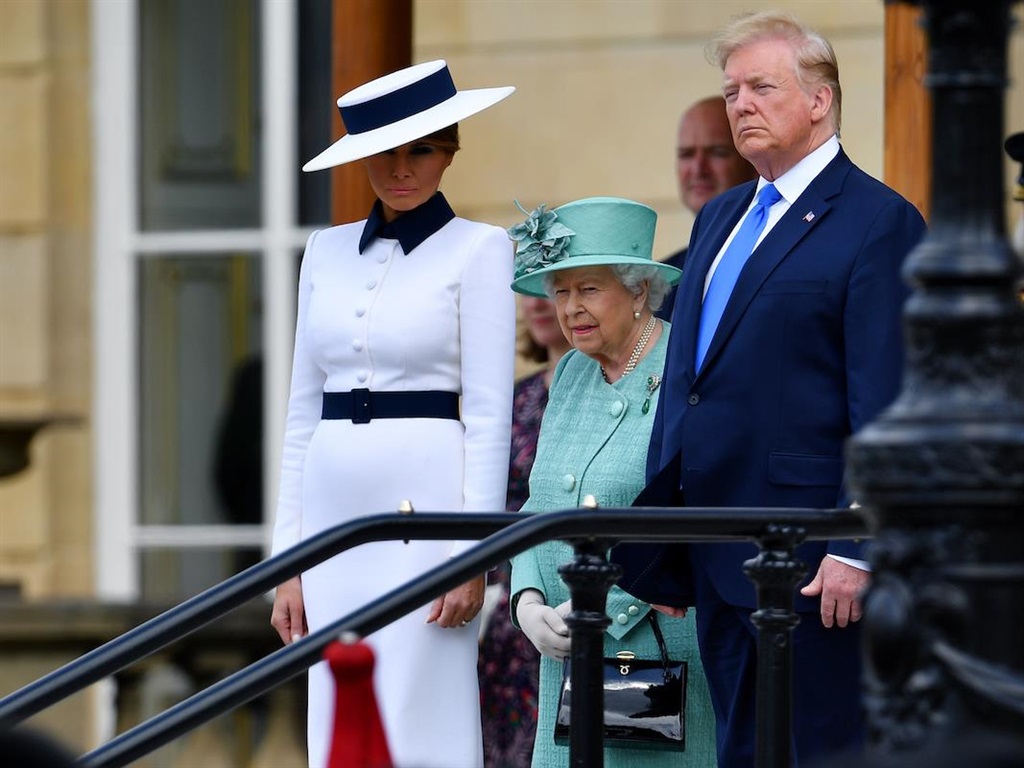 Donald and Melania Trump have been in the UK for only a few hours, and already they have broken a major royal protocol rule.

Upon their arrival for a three-day state visit on Monday, the US President and the First Lady were greeted by Queen Elizabeth II, Prince Charles, and Camilla, Duchess of Cornwall at Buckingham Palace.

In a video of the meeting, posted by BBC News, you can see that both the president and Melania opted for handshakes when meeting all three of the royals.

According to the royal family's official website, there are "no obligatory codes of behaviour" when meeting a royal. However, there are certain traditions that are usually followed.

The website advises that "while some people prefer to shake hands in the usual way," the traditional form of greeting Her Majesty and other members of the family would be to bow or curtsy.

"For men, this is a neck bow (from the head only) whilst women do a small curtsy. Other people prefer simply to shake hands in the usual way," the website reads.

"On presentation to The Queen, the correct formal address is 'Your Majesty' and subsequently 'Ma'am,' pronounced with a short 'a,' as in 'jam.'

"For male members of the Royal Family, the same rules apply, with the title used in the first instance being 'Your Royal Highness' and subsequently 'Sir.'"

However, it should be noted that there was slight debate over whether the president bowed his head when meeting Her Majesty.

Anne Gearan of the Washington Post, the designated "pool" reporter at the event on behalf of US media, said of the greeting: "Pool could not see this, but an up-close viewer reports that the president bowed slightly to greet the queen."

The Queen then hosted a private luncheon at Buckingham Palace for the Trumps, where they viewed a special exhibition in the Picture Gallery. The first couple's daughter, Ivanka Trump, and her husband Jared Kushner, were in attendance, as was Prince Harry.

The president was criticised for calling Harry's wife, Meghan Markle, 'nasty' before his arrival in the UK. He immediately denied his comments, calling the article "fake news" despite there being an audio tape that proved otherwise.

Markle, who is on maternity leave, was absent from the lunch.