12 of the most cat-friendly dog breeds, according to experts and owners Cat owners who want to bring a dog into their home, or dog owners looking to adopt a cat need to be strategic, since not all of our furry friends play well with others.

To compile a list of the most cat-friendly dog breeds, INSIDER consulted sources such as the American Kennel Club, PetHelpful, and Vetstreet, as well as pet forums on Quora.

Keep reading to learn about 12 dogs that get along well with cats, from beagles to bichon frisés.

Beagles are friendly, with an easy-going disposition. According to the American Kennel Club, beagles are a natural choice for cat owners because they're friendly and have an easy-going disposition.

Bred to hunt in packs, these scenthounds play well with others. PetHelpful reports that beagles might chase cats outdoors, but will cohabitate peacefully (and even snuggle) inside.

Golden Retrievers are playful, yet adaptable. Golden Retrievers are known to be playful but they're also adaptable, according to the AKC. This means that they're good with cats of varying ages and sizes.

In fact, a Quora user notes how his Golden Retriever and his cat were inseparable, writing that they "slept together, followed each other around, and groomed each other." The Cavalier King Charles spaniel (a type of English toy spaniel) is a small, affectionate breed that gets along with humans and felines alike. Cavaliers, which range in size from just shy of 6kg to 8kg, have "a penchant for smaller creatures," according to Animal Planet.

But as a Quora user observes, the relationship between a Cavalier and a cat might be dependent "on how the two are introduced and how positive or negative actions between them are reinforced daily." Basset hounds are an excellent choice for cat owners: Despite having a reputation for being lazy or stubborn, it's unlikely for them to have temperamental problems, according to Vetstreet.

Labrador Retrievers are gentle and outgoing. 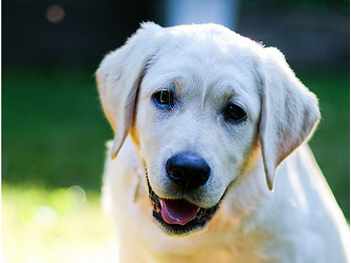 Despite their large size, Labrador Retrievers' gentle and outgoing disposition means that they get along well with people and cats.

"Having owned and trained over 50 Labrador Retrievers, I can say they generally get along well with anybody or anything that will let them," a Quora user says.

Papillons have a "more the merrier" attitude. Visually striking and intelligent, papillons - whose name, inspired by their wing-shaped ears, means "butterfly" in French - have a "more the merrier" attitude.

This means that they're quick to befriend all creatures, cats included, according to Vetstreet.

Bichon frisés are popular for their affectionate disposition. Notable for its fluffy, cloud-like appearance, the bichon frisé's affectionate disposition makes it a popular breed.

Although PetHelpful notes that more easy-going cats could find bichons to be too doting, their loving nature means that they grow equally attached to humans and other pets. Lively and relatively large for a toy breed (they can weigh upwards of 9 kilograms), pugs make good playmates for both cats and fellow canines.

"Pugs tend not to be especially aggressive, and most pugs realise that a standard housecat could take it down three times out of five," writes a Quora user.

Maltese are companion dogs with a relaxed nature. Bred to be a companion dog, Vetstreet describes the Maltese as "spunky" and "happy."

Plus, according to PetHelper, this breed's relaxed nature means that it keeps to itself even when sharing space with a cat.

Shih Tzus have a sweet disposition. Like the Maltese, the Shih Tzu is a companion dog.

Despite their historic status as the pets of Chinese emperors, Shih Tzus are more sweet than arrogant, according to Vetstreet. Animal Planet explains that the Japanese Chin's even temperament means it can adapt to new situations - like living with energetic kittens.

In fact, this flat-faced toy breed could even be described as a "cat in a dog suit", thanks to its acrobatic body.

Boston terriers are friendly and obedient. Intelligent and lively, Boston terriers are easy to train.

Although its fierce face might convince you otherwise, this sturdy breed (which typically weighs between 18 and 25 pounds) gets along fine with kids and other pets.

Related Links
Dogs get their own menu - which includes ice cream - at this Cape Town restaurant
The best dog breeds for flats
Dogs see the world very differently from human beings — here's how it works
Next on Business Insider
Airlines stewardess delivers baby mid-flight. Mother gave the baby the middle name 'Sky'