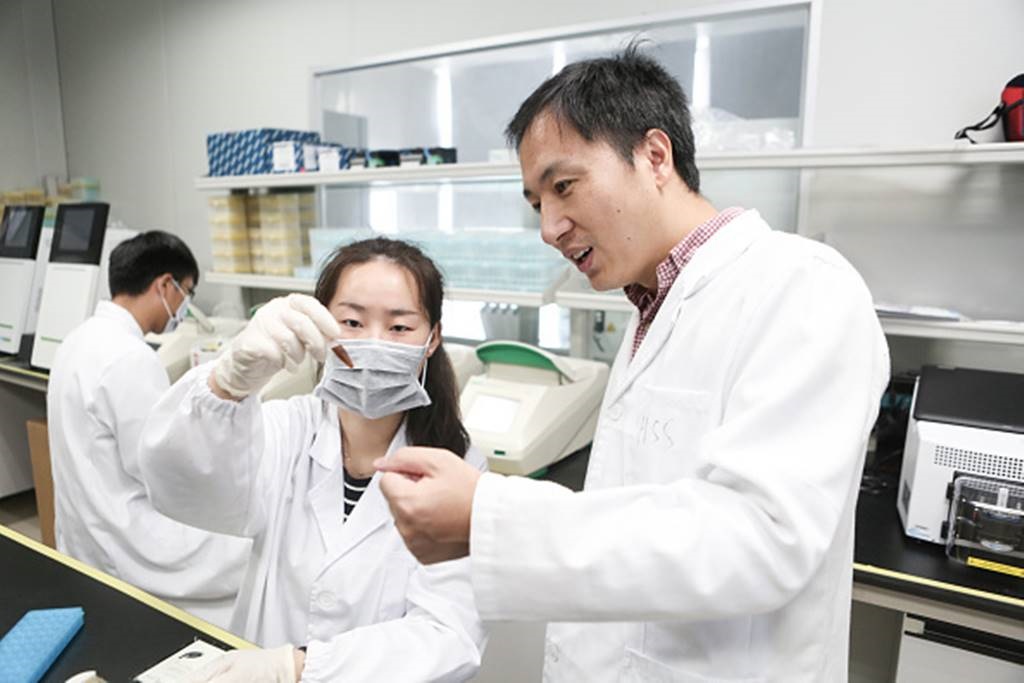 He Jiankui, largely unknown until yesterday, is an associate professor at Shenzhen's Southern University of Science and Technology of China.

The Guangdong province-based researcher said he used gene-editing tool CRISPR on embryos of seven different couples during IVF treatment, resulting in the birth of twin girls this month.

CRISPR is a molecular tool that allows scientists to edit sections of DNA. Many researchers are interested in using the technology to eliminate or treat genetic diseases, as Business Insider has previously reported.

The result He claims, was newborn twin girls, who have been bestowed with immunity to HIV through CRISPR edited DNA.

According to an Associated Press report, He Jiankui said the father had the disease and the mother did not. He said his ultimate goal was to alter the babies' genes in a way that would protect them from future HIV infection.

The Shenzhen university distanced itself from He in a statement on Monday that said the researcher had been on unpaid leave from February 1, 2018 and was not expected to return until January 2021.

He's academic board said He had "seriously violated academic ethics and norms."

"Our school will immediately hire authoritative experts to set up an independent committee to conduct in-depth investigations and publish relevant information after investigation," SUSTC said in the statement.

Caixin reports that He also heads six companies in China, mostly in the genetics sector.

When contacted by the Chinese magazine, a representative of Shenzhen Hanhai Genetic Biology Technology - one of the companies He runs - refused to say if they were aware of the project, but told Caixin the experiment was not conducted on their premises.

The experiment has in no way been verified or published in any academic journal.

China's state-run People's Daily published an online article about it on Monday, but later removed the story.

There has been a follow-up article in the English language version of the Communist Party mouthpiece, distancing itself from the controversy.

If it is true, the experiment is deeply controversial.

Gene-editing of this nature is illegal in many countries, including the US, and according to Caixin such experimentation is also banned by a Chinese regulators.

More than 120 Chinese scientists signed a letter condemning the claim by He.

"The project completely ignored the principles of biomedical ethics, conducting experiments on humans without proving it's safe," said Qiu Zilong, a neuroscience researcher with the Chinese Academy of Sciences in Shanghai who wrote the letter.

"We can only describe such behaviour as crazy."

According to the South China Morning Post, the letter was published on social media on late Monday and was signed by scientists at some of China's leading research universities, such as Peking University and Tsinghua, as well as overseas institutions, including Stanford in the US and Singapore's Agency for Science, Technology and Research.