Doctors Without Borders (MSF) staffer Alex Eilert Paulsen watches as mattresses and bed frames burn at the Ebola Treatment Unit (ETU) on January 31, 2015 in Paynesville, Liberia.
John Moore/Getty
The inescapable truth for those who study disease outbreaks, new viruses, and the spread of illness is a haunting one.

The next pandemic is coming.

Known, incurable diseases lurk in hidden reservoirs all over the world. Thousands of unknown viruses circulate around the globe. And in labs, both for the sake of experimentation and potentially also for nefarious purposes, research is conducted on biological agents to see if it's possible to make them more deadly.

In their recent blueprint for research on priority diseases that could cause this pandemic, the World Health Organization (WHO) added a new potential threat: Disease X.

"Disease X" stands for the unknown.

The rest of the diseases on that list are already-known conditions. These include hemorrhagic fevers like Crimean-Congo hemorrhagic fever, Ebola, Marburg, Lassa, Rift Valley fever, Nipah, and henipaviral diseases. Other priority illnesses include coronaviruses like MERS and SARS and the mosquito-borne disease Zika.

Viruses and bacteria can mutate and become more infectious or deadly (or both), and there's a constant risk that new illnesses could find ways to jump from their hosts to humans.

It's likely that whatever pathogen causes the next pandemic, it'll be something we don't know how to react to. And as we've seen when new diseases like Zika first emerge, we're not able to stop these illnesses from rapidly spreading with devastating results. 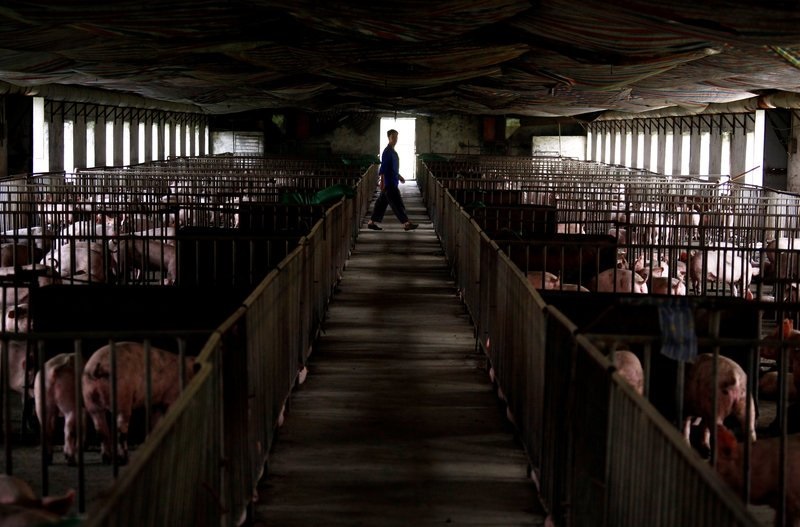 Pigs in a factory farm could pick up a bird virus.
Thomson Reuters

What to expect from an unknown disease

As the WHO's description explains, the disease that turns out to be "Disease X" could be one that we don't yet know is dangerous.

As Dr. Michael Kurilla, director of the Office of Biodefense Research Resources and Translational Research at the NIH's National Institute of Allergy and Infectious Diseases, told Business Insider in 2016, for years we thought certain viruses known as coronaviruses were relatively innocuous.

"But then SARS came around," he said then, referring to the 2002-2003 outbreak of the coronavirus that infected more than 8,000 and killed approximately 10% of those infected. Ten years later came MERS. Both of these ended up on the WHO blueprint for research on diseases that could cause the next pandemic — as did Zika, which until recently hadn't been considered a disease of major concern.

A pandemic could also come from a mutated version of an existing pathogen. It's almost certain that we'll eventually see a disease like the 1918 pandemic influenza that was one of the deadliest events in human history.
National Archives

A mutated flu has long been a contender for the source of our next pandemic, according to virologists and epidemiologists.

"We are coming up on the centenary of the 1918 influenza pandemic," George Poste, a member of the Blue Ribbon Study Panel on Biodefense, a group created to assess the state of biodefense in the US, previously told Business Insider. "We've been fortunately spared anything on that scale for the past 100 years, but it is inevitable that a pandemic strain of equal virulence will emerge."

Writing in the Daily Mail, Dr. Jonathan Quick, a faculty member of Harvard Medical School and chair of the Global Health Council, recently said that our factory farm system could be the perfect incubator for a pandemic flu. There are thousands of close-together pigs potentially exposed to chickens or wild birds, which creates the perfect opportunity for a bird flu to acquire the genes needed to start infecting mammals like pigs — and humans.

"The renegade influenza viruses they spawn could one day annihilate the people they feed," he wrote.

And there's always the possibility that someone intentionally could create and spread a pandemic disease. That's the scariest global disaster that Melinda Gates can imagine happening within the next ten years, she recently said in an interview at South By Southwest.

For preparations sake, she said we should have the equivalent of a disease-monitoring organization like the CDC solely focused on bioterrorism.

As journalist David Quammen explained in his book "Spillover: Animal Infections and the Next Human Pandemic," a deadly new virus will inevitably appear: "If you're a thriving population, living at high density but exposed to new bugs, it's just a matter of time until the [Next Big One] arrives."