The SA government just launched an app store. It is terrible. The DigiTech logo, with an example of an ID number leaked from its database.

The South African government this week launched what it presented as its own app store, with the promise that it will grant "unmatched and unparalleled" opportunities to the country as a whole, in the words of Khumbudzo Ntshavheni, the minister of communications and digital technologies.

It is, in fact, terrible in every way that counts and just a little bit dangerous for what appears to be its primary users, local app developers.

Ntshavheni this week told Parliament that DigiTech "allows users to browse and download apps developed across operating systems". It does not. Its "marketplace" is simply a collection of two dozen promotional videos for apps, embedded from YouTube in such as way that only half of each video can be seen.

There is nothing else for app users to do on the website other than watch the left half of a video. Should they wish to find out more about any given app, the only way to do so is to click through to the YouTube version of each video and there, with any luck, find a link to the website of a developer. App developers are encouraged to register, with the promise that their "company and products goes [sic] goes global in seconds". But with no information on the DigiTech site itself, they do not so much as benefit from the additional Google juice that could be had from a link on the government site.

Those developers do get the chance to potentially leak their identity numbers online, though.

While Ntshavheni told Parliament that the site acts as an app store, and the website itself promises to increase distribution, its only actual function appears to be creating a database of locally-developed apps.

Those developers will then supposedly be first in the queue for government money.

"We are currently exploring how the current SITA [State Information Technology Agency] and Supply Chain Management Regulations can be utilised to ensure that government is the first consumer of South African made systems and applications, in particular those registered on the DigiTech platform," the minister said.

To create that database, developers must fill out a form that, in keeping with the design and usability of the site, is awful. 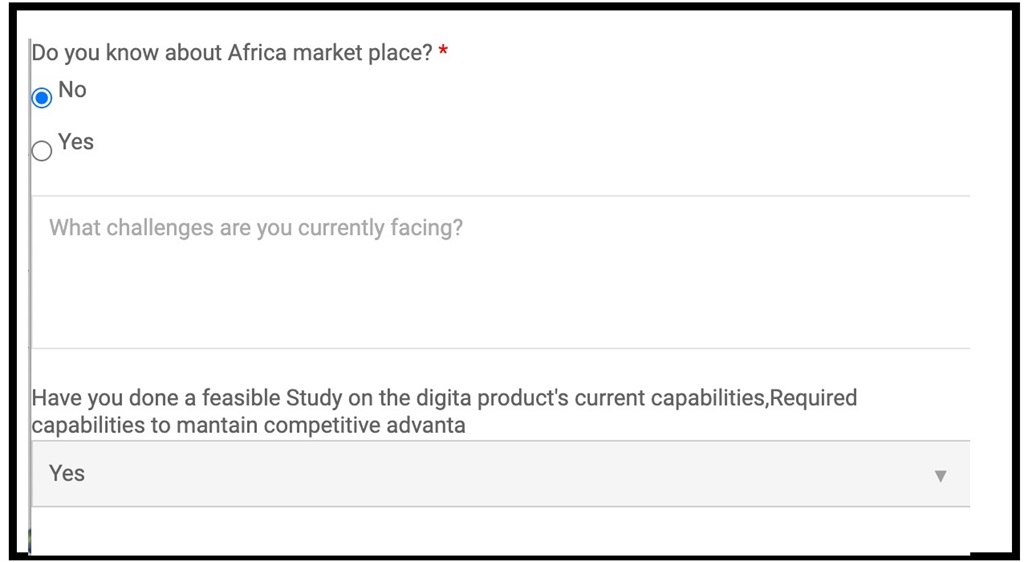 The short registration form asks developers whether they understand the "Foreign Trade Exchange Act" – a law that does exist – and how many users they have, where drop-down options top out at "21 or more". It also asks for the developer's ID number.

The government has vowed to develop DigiTech into a regional hub, and has also linked it to government efforts around artificial intelligence and the fourth industrial revolution (4IR).

Related Links
Joburg’s pothole app got 28,000 reports, and the partnership behind it is fixing 100,000 a year
After a 2-year absence, 'Fortnite' is back on iPhones — but not the App Store
A then 23-year-old's varsity project led to creation of algorithm now running Checkers' Sixty60 app
Next on Business Insider
Videos show a long line of police in riot gear marching to the US Supreme Court after decision overturning Roe v. Wade