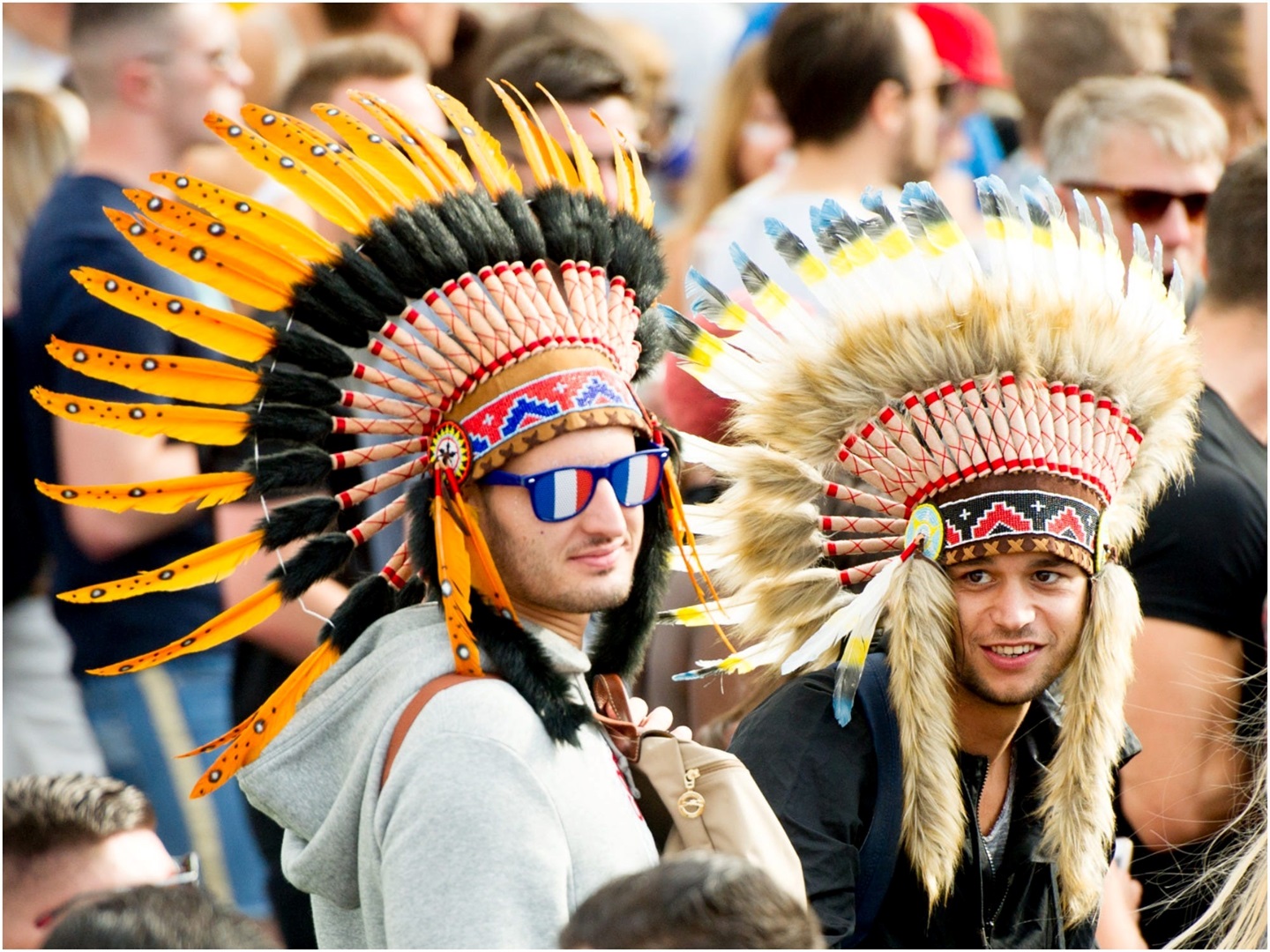 The cultural appropriation debate has been going on for many years.
Ollie Millington / Getty Images

If the headlines are anything to go by, Adele caused quite a stir with her latest Instagram photo. Over the last weekend of August, she posted a tribute to Notting Hill Carnival — which was was held online this year due to the coronavirus pandemic — wearing bantu knots and a Jamaican flag bikini top.

Happy what would be Notting Hill Carnival my beloved London ????????

However, the words underneath Adele's photo tell a different story. Rather than an angry "mob," Caribbean people flooded the comments telling her to ignore the backlash because what she was really doing was appreciating Jamaican culture, not appropriating it.

"Tell the haters to step off!" one commenter wrote. "You are a product of Multicultural Britain, so it's not cultural appropriation."

Another fan said that "we Jamaicans love you" and there was "no cultural appropriation here."

"Thanks for honoring us and highlighting the powerful influence Jamaican culture has in the UK and around the world!" they said. "We have your back on this one all the way!!! 'Out Of Many One People' is our nation's motto and we live it! If you come with love and respect, Jamaica has love for you!" Black Lives Matter protests have swept the United States since the police killing of George Floyd in Minneapolis on May 25.
David Ryder/Getty Images

Branding expert Carole Pyke, who works with companies to help build acceptance and normalise representation of people of colour, said she didn't see Adele's photo through the eyes of cultural appropriation.

"At a time when the August tradition of carnival on the streets of Notting Hill was cancelled, I saw it as a woman celebrating the carnival vibe with its freedom and vibrancy," she told Insider. "A reminder to us all that even though life, as we know it, has changed we can still choose how we navigate our way through it."

The appropriation vs. appreciation debate has been going on for years, but it is particularly prevalent right now amid the growing Black Lives Matter movement. People who have been oppressed are speaking out against racism and prejudice louder than ever, so it's particularly obvious when a predominantly white company, group, or individual enjoys or profits off other cultures without standing up for the lives of people of color.

Saurav Dutt, the author of "The Butterfly Room," which explores racism and interracial relationships within Indian society, told Insider that enjoying something and being fascinated by it doesn't mean you are appropriating it.

For cofounder of The Rum Kitchen Stevie Thomas, who was previously a "Shipwrecked" contestant, the cultural appropriation conversation hits home. He talked to Metro in 2019 about growing up around mostly white middle-class people in Notting Hill, and how he struggled to connect to his identity of having a heritage that's half Welsh, a quarter Jamaican, one-eighth Irish, and one-eighth Portuguese. Opening up The Rum Kitchen in London was his way of finally connecting to his roots.

Thomas told Insider the difference between taking advantage and appreciating a culture ultimately comes down to where your heart sits.

"Adele appreciates and loves the culture. You can feel her heart has always been in the right place," he said. "Black culture has been used, abused, and rehashed for a white marketplace way before Adele's hair, Elvis's hip-shaking, and Eminem's lyrical flow."

The problem starts when greed gets in the way of giving back to certain communities and cultures, such as when restaurant investors who originally intended to appreciate and celebrate end up caring more about money.

"The difference is what happens next," Thomas said. "You can appreciate the music, the lifestyle, the love of the people — but appropriating is where you take the influences you see and completely copy them for your own gain."

Natalie Rita, the managing director of PR company NRPR, works with many POC influencers on a daily basis. She told Insider appropriation happens if you show love and appreciation for parts of a culture, such as clothing, hairstyles, or accessories, but remain prejudiced against its people. For example, wearing African braids or a Hindu bindi while spending no time educating yourself about their origins or the culture surrounding them is "picking and choosing which part of a culture you want to participate in," she said.

"In a nutshell, people need to know whether they're respecting a culture or ripping them off," Rita said. "People need to ask themselves: 'Do I understand the significance of what I'm doing here?,' 'Am I honoring this culture or just imitating it?,' and most importantly, 'Will I offend anyone who belongs to this culture?'"

The Kardashians are often criticised for wearing their hair in Black styles without really acknowledging where they came from. Kim Kardashian, for example, called her cornrows "Bo Derek braids" — a reference to the actresses' hairstyle when she played Jenny Hanley the 1979 film "10." 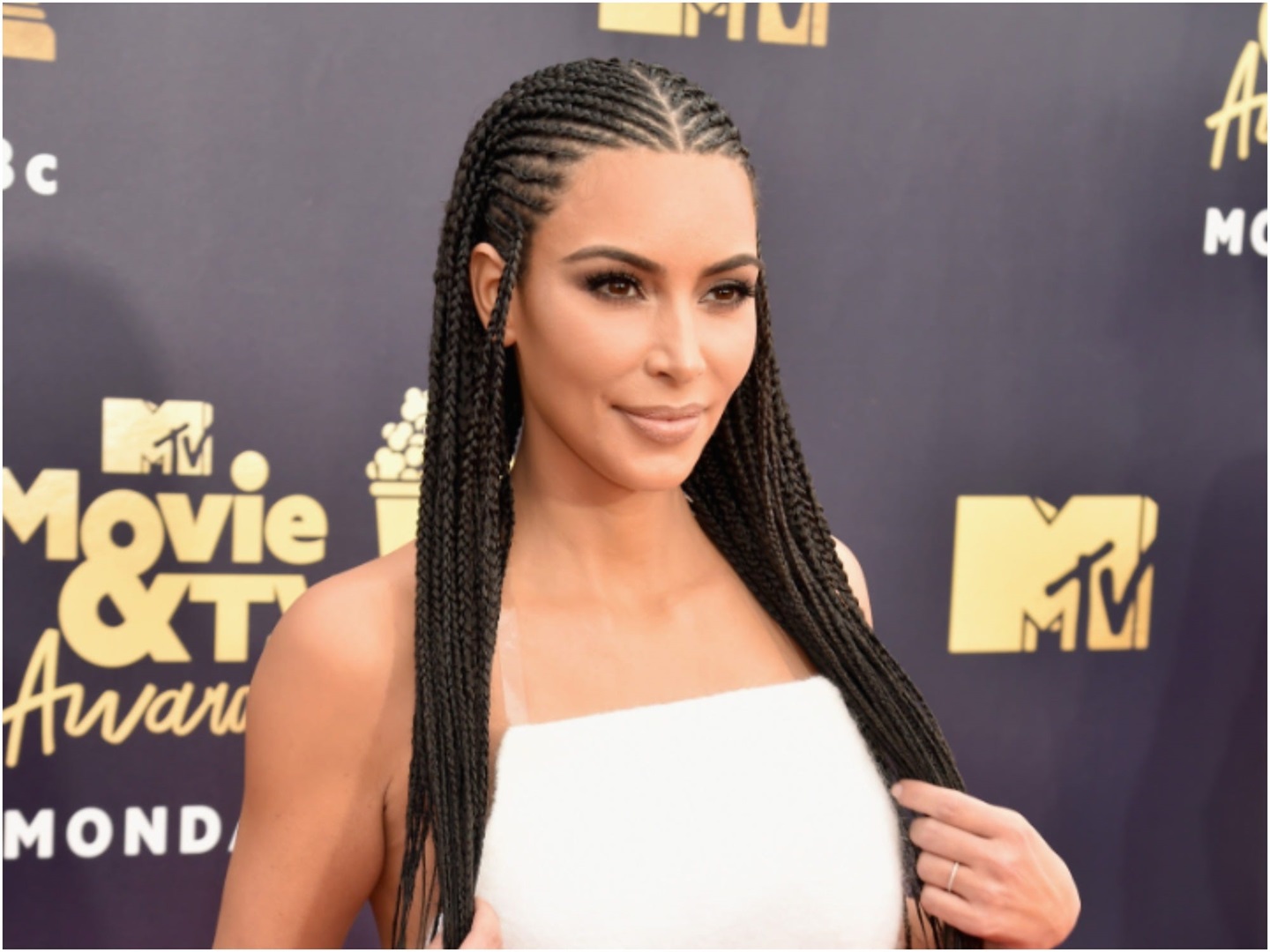 Kim Kardashian has been called out for wearing her hair in braids.
Jeff Kravitz / Getty Images

Bayo Adelaja, a diversity and inclusion expert, is the leader of Do it Now Now, an organisation "committed to bringing social empowerment to Black communities across the globe." She told Insider Kardashian's comments made it sound like Black people hadn't been wearing braids for decades before Derek's character came along.

"[It] reminded people that despite profiting off of Black culture for all of her career, she doesn't care about it at all," she said. "When Zendaya wore Locks on the red carpet, she was denigrated by a style guru on the E! channel, but when Kendall Jenner wears Locks on a runway, the style is chic and fashion-forward."

In the real world, this can translate to a Black woman wearing her hair naturally, only for it to be called "unprofessional," "ghetto," or "too ethnic," Adelaja said, then when a white person does it, it's lauded as cool and edgy.

Natalie J Monty and her sister run an Instagram haircare page for Black and multiracial women and girls called @got.coils. The sisters, who are from London, set up the page in 2019 as a way to celebrate natural hair and give advice about how to style it.

Monty told Insider she has seen a great deal of cultural appropriation of African hairstyles from European brands and individuals since then, claiming many styles and looks as their own. She's also seen European women think they are being innovative for wearing wigs to grow out their hair, or silk wraps to protect it at night.

"That's actually something that many Black and Asian women have been doing for, I'd say, definitely over 100 years," she said. "It's something that's been taught from past generations ... So it makes women of color feel uncomfortable at times."

So the UK lockdown is finally starting to lift from this weekend onwards. Honestly, since both our careers can be hectic, we’ve enjoyed the slower pace and reflection it has brought about. Has lockdown affected your hair routine and/or maintenance for the better or worse?! Real talk; let us know below! Sav’s hair has been flourishing and mine.. well.. it’s doing ‘aight I guess ?? Natalie & Savannah ??

Adelaja said the context also matters in how things are worn. Rita Ora, for example, received backlash for "Black-fishing" with her looks when people found out she is white Albanian/Estonian with no Black heritage. However, she was brought up in an area of London which had a high population of Black people and rose to fame when artists such as Beyonce, Cardi B, Nicki Minaj, and Rihanna were dominating pop music.

Ora had grown up with Black culture, so it made sense it would become part of her style. Cultural appropriation, on the other hand, is like wearing someone else's heritage as a costume, "as if you were trying to tap into some alter ego or reverse some otherworldly version of yourself," Adelaja said.

"They are doing it to stand out from the crowd in their own context of life," she said. "That is when a culture becomes a trend or a fad. That is hurtful to those who come across the actions of those individuals because it devalues their culture and turns it into something that is only valuable as an accessory." It's also important to match your intentions to your actions. Influencer and musician Kahlen Barry recently spoke out about how his ex-friend Tana Mongeau treated him when they worked together, accusing her of gaslighting and racist microaggressions.

He told Insider Mongeau doesn't address accusations of racism in her past, but then profits off Black culture by making rap and hip hop music. He said this is a huge problem within the music and entertainment industries.

"You're disrespecting our people, but then you're making music that comes from our community," he said. "If you're treating people in our community badly, or you're being microaggressive and racist towards us, and then you're trying to use our culture for capital gain, that's appropriation."

It's always good to be mindful

Montgomery said it's definitely a good idea to speak to someone you know from a cultural group before you display something originally from their background on your person. You don't have to erase other cultures from your wardrobe altogether, but maybe question how they got there in the first place.

"I do believe people have freedom of speech and freedom of action," she said. "Therefore if you happen to be a white lady who wanted to just wear your hair in braids because you've always liked braids, then go ahead girl."

Overall, everyone would benefit from a little more awareness of where their clothing, hairstyle, or accessories come from, hopefully, one day eliminating the mockery and erasure that makes cultural appropriation so harmful.

"You don't always have to have a history lesson behind your choices," said Montgomery. "Though it's always good to still be mindful."