TAKE A LOOK | Botswana finds the third biggest diamond ever, after nearly discarding it The stone was at first classed with a pile of valueless rocks that had been due to be discarded, said Debswana. Now the proceeds from its sale has been promised to the people by a government that has described it as symbolic, and hopefully a sign of things to come as its mining sector expands and tools up with sophisticated equipment.

The Cullinan was cut into nine large stones, and 97 "small brilliants", which form part of the British crown jewels.

The rough stone was cut into the 302.37 carat Graff Lesedi La Rona over 18 months, making it the world’s largest square emerald cut diamond.

Take a look at the giant diamond found in Botswana this month. At 1,098 carats, the stone ranks behind only the Cullinan Diamond, and the Lesedi la Rona, also from Botswana. It has not yet been formally valued. Although carat count is important, so are three other characteristics in what is common referred to as the four Cs: colour, clarity and how it is eventually cut. The diamond was found at the Jwaneng mine – which translates to English as "a place of small stones". With the Lesedi La Rona cut, the new stone is now the largest rough diamond in existence. 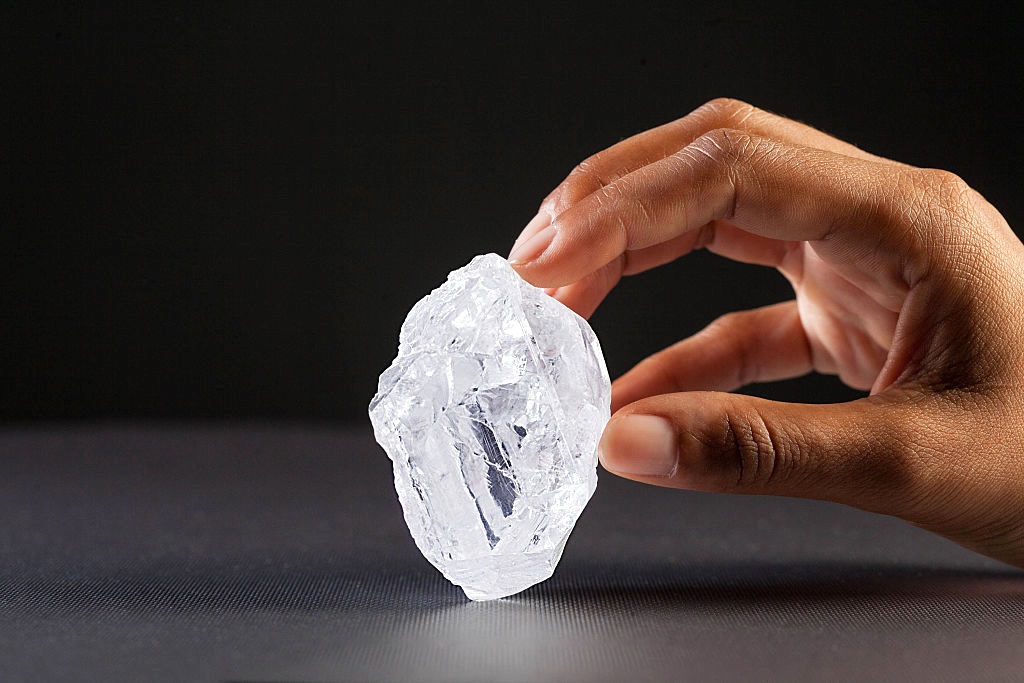 The rough Lesedi La Rona Diamond on display ahead of a Sothebys auction in 2016. (Photo by Donald Bowers/Getty Images for Sothebys)

See the ceremonial presentation of the stone to the government of Botswana here: