Pokémon fans are accusing the developers of being ‘lazy’ for not including all 1,000-plus Pokémon in the new Nintendo Switch games Pokémon fans have been in an uproar since hearing the news that "Pokémon Sword and Shield" wont have every Pokémon in the series.

Arriving on the Nintendo Switch on November 15, "Sword and Shield" will add hundreds of new Pokémon to the franchise - but will also be the first games in the main series where you won't be able to catch every single one of those past critters.

Counting the upcoming additions from "Sword and Shield," there are now more than 1,000 Pokémon in the franchise. The Pokémon Company, the entity behind the game, says that it has merely chosen to prioritise the critters that best fit the new game, rather than spending the time to include every last one.

But fans who have spent years migrating their favourite Pokémon between each new adventure in the series aren't happy, and it's led to quite the controversy - some fans are calling the new games "lazy," alleging that developer Game Freak is putting "low effort" into the first main-series Pokémon sequel on a home console.

I'm late but I won't be buying SW/SH or any future Pokemon games made in low effort by Gamefreak, even if it's a Sinnoh game. Nintendo needs to take the franchise in house. Last good Pokemon games were BW/BW2.#BringBackTheNationaldex#BringBackNationalPokedex #Dexit pic.twitter.com/JmITzicBhn

The decision to exclude some Pokémon from "Sword and Shield" has led to a new hashtag sweeping across the world of Pokémon fandom- #Dexit.

The name is a cheeky reference to Brexit, the United Kingdom's departure from the European Union - made more apropos by the fact that the game takes place in the Galar region, a fictional land that's loosely based on the real-life United Kingdom. The "dex" comes from the Pokédex, the in-game encylopedia of every Pokémon species.

"Pokémon Sword and Shield" take place in Galar, a new region that's loosely based on the United Kingdom. The new region will introduce dozens of new native Pokémon. 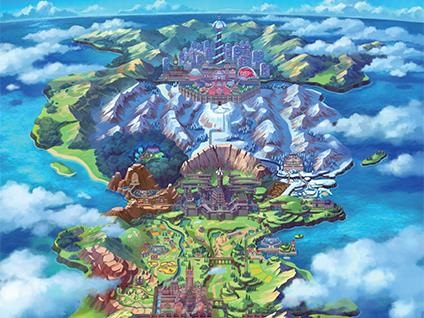 The games will include popular returning Pokémon like Charizard and Pikachu, but will also introduce dozens of newcomers that are native to Galar.

Read more: 'Pokémon Sword' and 'Pokémon Shield' will launch later this year on the Nintendo Switch. Here's everything you need to know about the next generation of Pokémon games.

The game's producer, Junichi Masuda, worried that new Pokémon would be overshadowed by fan favorites, and that it would be too time-consuming to include more than 1,000 different Pokémon. Game Freak, the company that develops the Pokémon video games, is quite aware of the controversy. In a June interview with Famitsu, a Japanese gaming magazine, Masuda said that including models for more than 1,000 Pokémon was too demanding a task, and would have made it difficult for the development team to balance the massive roster for fair gameplay. There's also concern that new Pokémon would be overshadowed by fan favorites.

Unfortunately, every Pokémon is somebody's favourite.

Those familiar with the Pokémon fandom should know that every Pokémon is somebody's favorite. A recent survey asking more than 50,000 fans to pick their favorite Pokémon, and all but four Pokémon received at least one vote.With hundreds of Pokémon to choose from, each averaged about 65 votes.

Game Freak's decision to exclude Pokémon has driven some fans to boycott "Sword and Shield," dubbing the issue #Dexit — a take on the real-life UK's own Brexit. With fans fearing that their favorite Pokémon could be left out entirely, some have decided to boycott "Sword and Shield" entirely until Game Freak decides to include the full and complete roster of Pokémon, past and present. A common complaint is that the developers are being "lazy" in not including all of the Pokémon.

Suddenly sad. I complete the National Dex every time I get a new Pokemon game, and have ever since I started playing Pokemon as a kid. Never really said my piece on the whole #Dexit thing, but it's like a lot of the fun of "catching them all" is being taken away. Might not buy.

Other fans remain plenty excited for "Pokémon Sword and Shield". Not all Pokémon fans are torn up over #Dexit - some are looking forward to "Pokémon Sword and Shield" having a curated collection of Pokémon that match the game's new environments. "Sword and Shield" will still have hundreds of Pokémon to collect, and we likely won't know for sure which ones are included until the games are released on November 15th.

Stop harassing Game Freak and the developers (Junichi Masuda in particular) about the lack of a National Dex in #SwordAndShield. They are not "lazy" not are they "greedy". They just know where their priorities are. Also, the name #Dexit is stupid. Stop it.

Masuda acknowledged the concerns over #Dexit, and made it clear that Pokémon who are left out of "Sword and Shield" could still appear in future games. Masuda issued a followup statement acknowledging fans concerns, but reiterated that Game Freak will not be including every species of Pokémon in "Sword and Shield." Masuda said it was a "very difficult decision" to make, but urged fans to embrace the new games. He clarified that even if some Pokémon don't show up in "Sword and Shield," they could appear in future games.

Here's the full statement posted to the official Pokémon website:

"Thank you to all of our fans for caring so deeply about Pokémon. Recently, I shared the news that some Pokémon cannot be transferred to Pokémon Sword and Pokémon Shield. I've read all your comments and appreciate your love and passion for Pokémon.

Just like all of you, we are passionate about Pokémon and each and every one of them is very important to us. After so many years of developing the Pokémon video games, this was a very difficult decision for me. I'd like to make one thing clear: even if a specific Pokémon is not available in Pokémon Sword and Pokémon Shield, that does not mean it will not appear in future games.

The world of Pokémon continues to evolve. The Galar region offers new Pokémon to encounter, Trainers to battle, and adventures to embark on. We are pouring our hearts into these games, and we hope you will look forward to joining us on this new journey."

Related Links
More than 52,000 people voted for their favorite Pokémon in a massive Reddit survey — here's...
The CEO behind 'Harry Potter: Wizards Unite' explains what Niantic learned from 'Pokémon Go' to...
I spent two days with thousands of Pokémon Go fans and had a blast — here's what it was like at...
Next on Business Insider
SA businesses under attack by backdoor malware – with incidents up 140%, says Kaspersky