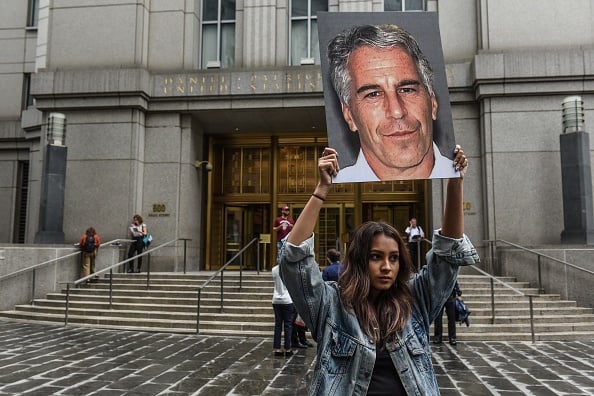 The US government is probing whether the German bank's work with the Malaysia 1MDB scandal violated foreign corruption or anti-money laundering laws, the Wall Street Journal reported.

It came after The New York Times reported that Deutsche Bank managers overruled compliance staff concerns in their dealings with Jeffrey Epstein, who is facing charges of sex trafficking.

It has been a rough week for Deutsche Bank. When trading opened today the German bank's shares were down by more than 1%.

After kicking off a brutal round of cuts that will eliminate 18,000 jobs earlier this week, Deutsche Bank has come under fire for "golden parachute" sendoffs for senior execs, and share price declines from traders who think the bank didn't go far enough in its restructuring plan.

Adding to headaches for Germany's largest lender: a handful of scandals in the last year, including having its offices raided, its alleged involvement in the Danske Bank money laundering debacle, and new attention on about $2 billion (R27 billion) in loans to Donald Trump's companies.

Investigators at the Deparment of Justice, who had investigated Goldman Sach's lucrative dealings with the Malaysian fund, known as 1MDB, are also now delving deeper into a new link of an ex-Goldman exec who later went on to work at Deutsche Bank, said the WSJ on Thursday.

So far the employee has not been named by US authorities, and have neither accused them or Deutsche of any wrongdoing.

The Times reported that compliance officers at Deutsche raised concerns about transactions by Epstein's company, saying he posed a reputational risk to the bank.

Deutsche bank managers overruled their concerns, the Times said, noting there was nothing illegal with the transactions and that Epstein was a lucrative client. Earlier this year, the bank ended its relationship with Epstein.

Deutsche Bank declined to comment on the Epstein matter to Business Insider.

On 1MDB, the bank said: "Deutsche Bank has cooperated fully with all regulatory and law enforcement agencies that have made inquiries relating to 1MDB."

The US inquiry aims to determine if Deutsche violated foreign corruption or anti-money laundering laws as it helped 1MDB raise $1.2 billion (R12 billion) five years ago according to the Wall Street Journal.

Another former Goldman employee, Tim Leissner, who pleaded guilty last year to helping siphon of billions of dollars from the fund, has been aiding US authorities with the investigation.

1MDB started out as a government plan to fund infrastructure projects in Malaysia but allegedly turned into a swindle of more than $3 billion (R41 billion).

It's one of the biggest financial scandals in history, bringing down the then Malaysian Prime Minister. The prime suspect - Jho Low - has been on the run, and Goldman has been under fire for their links with the fund.

The scandal managed to embroil actor Leonardo DiCaprio and model Miranda Kerr amongst others.

Probes into the scandal have mainly been focused upon the $6 billion (R83 billion) the fund raised in 2012 and 2013, using Goldman's help. The bank on that occasion managed to gain $600 million (R8 billion) in fees, according to Bloomberg.

Epstein has pleaded not guilty to the charges filed this week. Goldman Sachs has denied wrongdoing in the 1MDB case, telling Business Insider in the past that it is cooperating with the 1MDB investigations. The share price has been hammered over the last few years.
Markets Insider