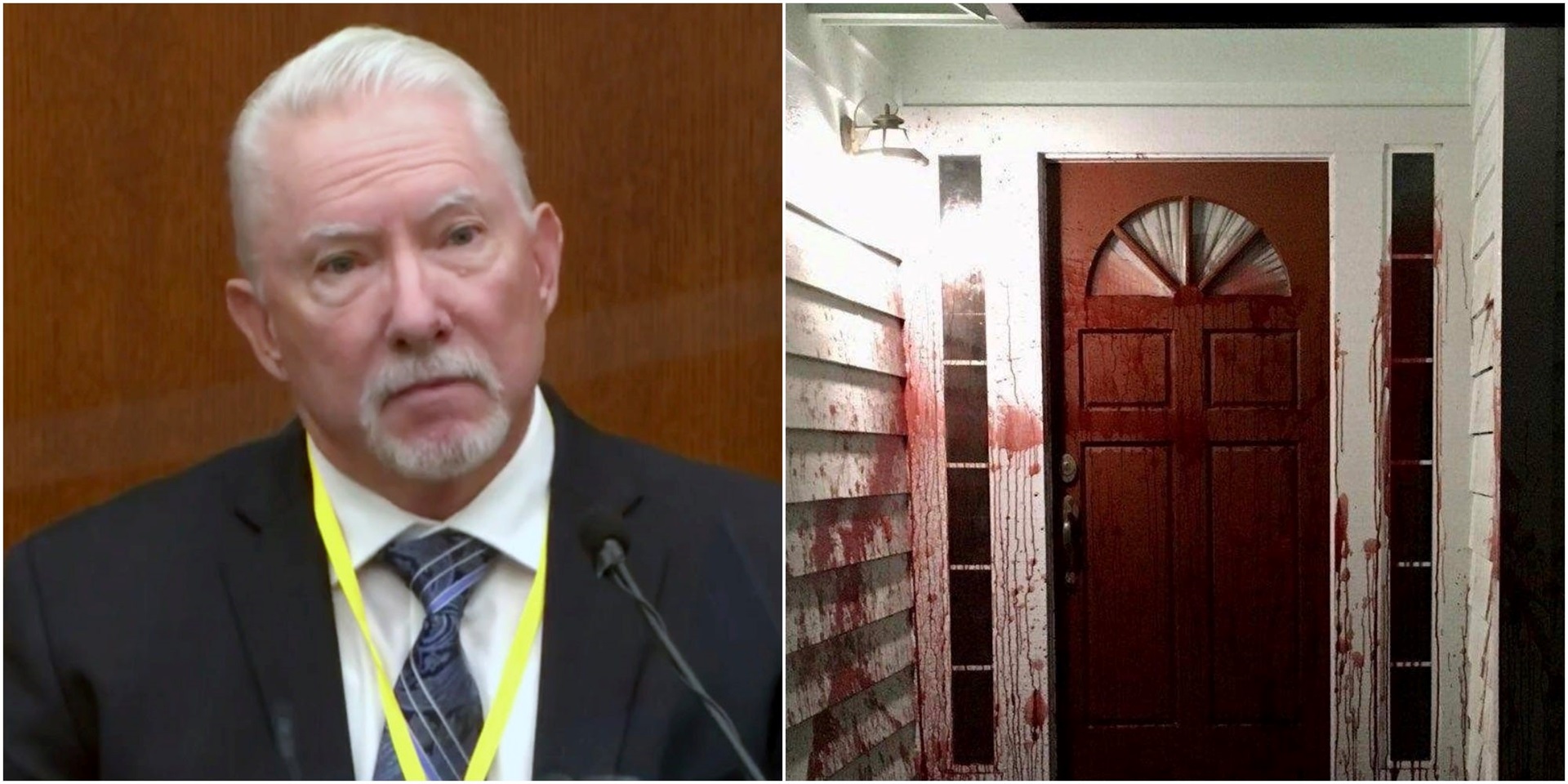 According to a press release from the Santa Rosa Police Department, the current residents of Brodd's former home were awakened shortly after 03:00 on Saturday "by a group of subjects who threw a pig's head on their front porch and plastered blood on the front of their house."

Police believe the group, dressed all in black, went on to vandalise a statue at the Santa Rosa Plaza mall with a similar substance, believed to be animal's blood. A sign was left behind at the statue reading "Oink Oink."

Critics of the police often refer to officers as "pigs". 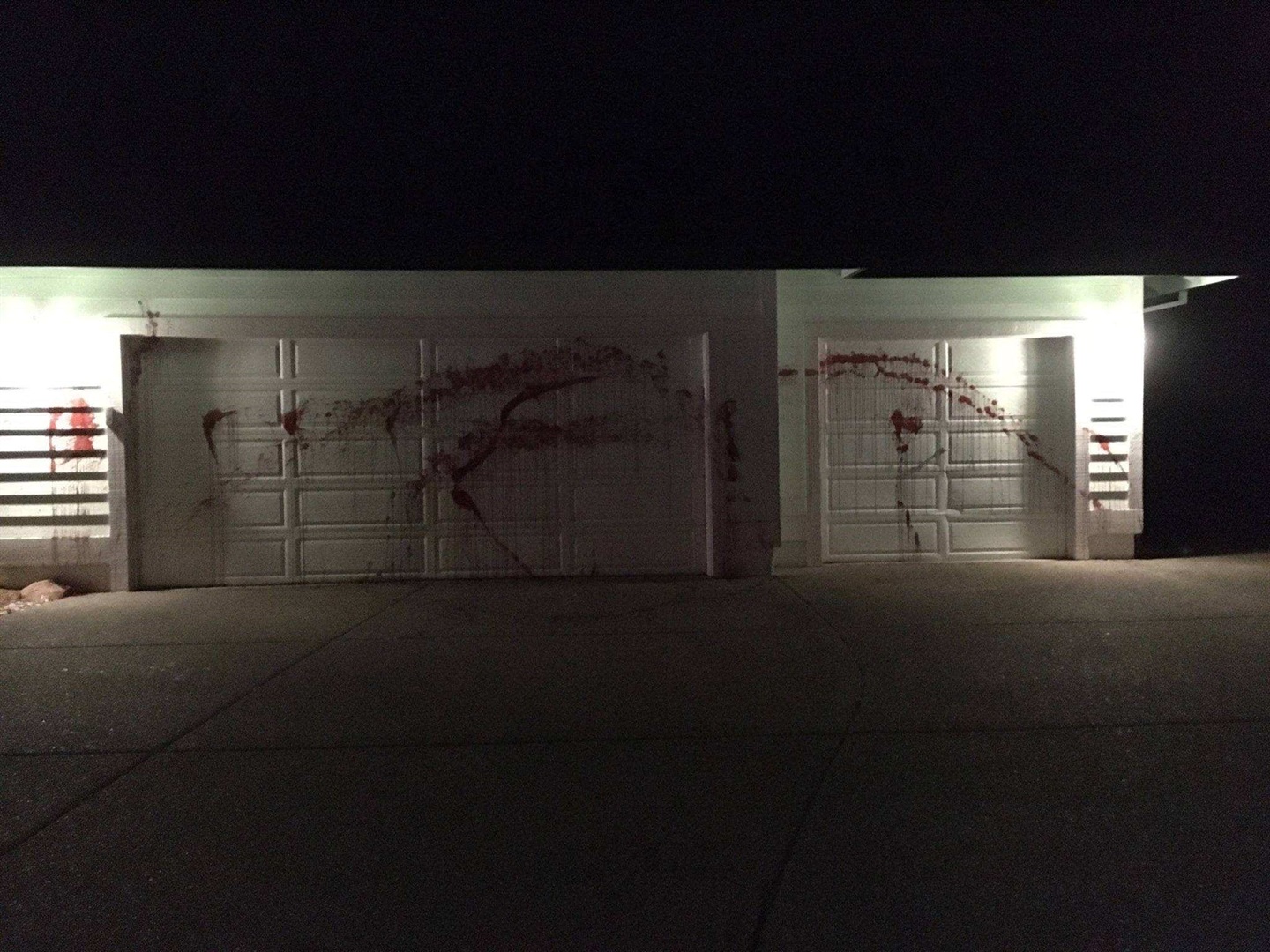 A red substance, believed to be animal blood, was also splattered on the garage doors of Brodd's former residence.
Santa Rosa Police Department

In a statement, the Santa Rosa police wrote that it "appears the suspects ... were targeting Mr. Brodd for his testimony." The police added that Brodd no longer lives in California.

The vandals are wanted on felony charges, since they caused damage in excess of $400. No arrests have been made, and the police are asking for tips to help them identify those responsible.

Chauvin is currently on trial in connection to the May 2020 death of George Floyd, and is charged with second-degree murder, third-degree murder, and second-degree manslaughter. Floyd was pronounced dead after Chauvin knelt on his neck for several minutes during an arrest, while Floyd said he couldn't breathe. Brodd's testimony countered that of several experts called by the prosecution, including Minneapolis Police Department Chief Medaria Arradondo, who said Chauvin did not follow training in his arrest maneuver.

Brodd told the trial: "I felt that Officer Chauvin's interactions with Mr. Floyd were following his training, following current practices in policing and were objectively reasonable."

"It's easy to sit and judge ... an officer's conduct," he added. "It's more of a challenge to, again, put yourself in the officer's shoes to try to make an evaluation through what they're feeling, what they're sensing, the fear they have, and then make a determination."

Brodd also said that he doesn't believe that Chauvin used deadly force on Floyd. He likened what happened to an officer using a Taser on a suspect who could fall, hit their head, and die.

However, medical experts called by the prosecution testified that Floyd died of a lack of oxygen caused by Chauvin's pressure on his neck.

The cause of death listed on the medical examiner's report is "cardiopulmonary arrest complicating law enforcement subdual, restraint, and neck compression".

Following Brodd's testimony last week, Santa Rosa Police Chief Ray Navarro released a statement saying that Brodd had not been employed with the department since 2004 and "his comments do not reflect the values and beliefs of the Santa Rosa Police Department."