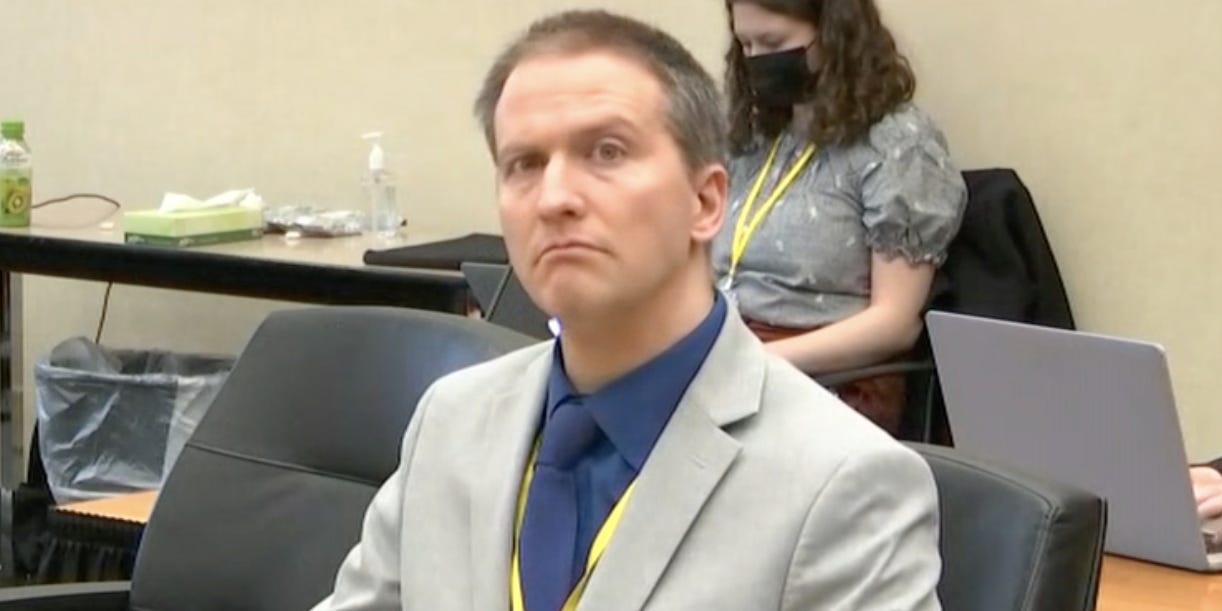 Derek Chauvin during his trial in April 2021.
CourtTV/Pool camera

Floyd died on May 25, 2020, after Chauvin knelt on his neck for several minutes while Floyd said he couldn't breathe. A Minnesota jury found Chauvin guilty of second-degree murder, third-degree murder, and manslaughter in Floyd's death in April, and Chauvin later was sentenced to a 22-and-a-half-year prison term.

Chauvin's lawyer, Eric Nelson, had signaled his client would plead guilty in a Monday court filing. In anticipation of the new plea, the Associated Press spoke to a legal expert who explained how Chauvin admitting guilt in the federal case could help his fellow former officers.

The three other officers who were present for Floyd's arrest —  Thomas Lane, J. Alexander Kueng, and Tou Thao — were set to be tried alongside Chauvin in the federal case. All three have pleaded not guilty to the federal charges, in addition to state charges of aiding and abetting second-degree murder and manslaughter.

Mike Brandt, a Minnesota defense attorney not connected to the case, told the AP that it could help the other officers' federal cases if Chauvin testifies in the trial, which is slated to start in late January, and takes responsibility for how the deadly arrest played out.

The three other officers have sought to distance themselves from Chauvin. Lawyers for the trio previously tried and failed to have their federal cases severed from Chauvin, arguing that there would be unfair prejudice against them because Chauvin was already convicted on murder and manslaughter charges tied to Floyd's death.