I tried a Dell XPS 13 laptop for the first time, and it's clear why people love it so much 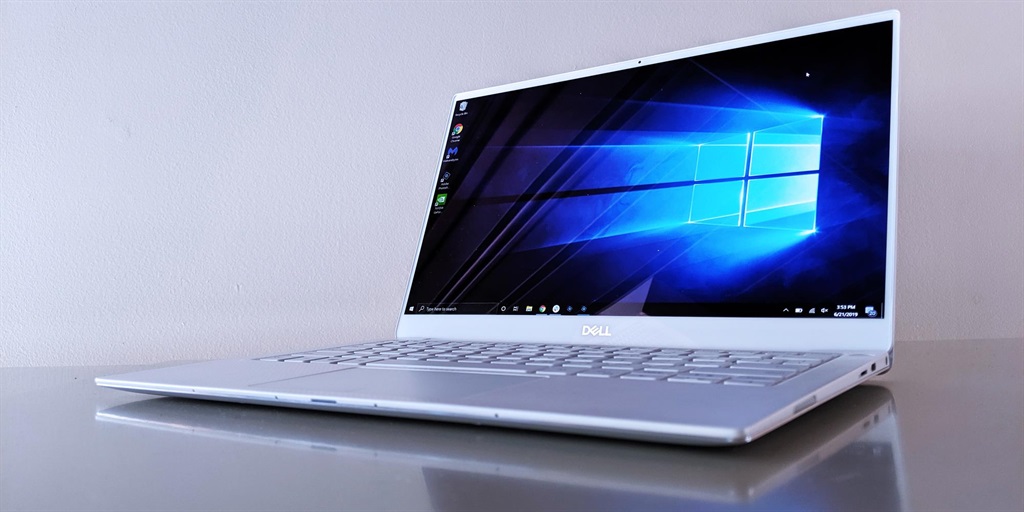 I've been using Dell's most recent XPS 13 laptop for the last couple of months, and I've been absolutely loving it so far.

I must admit, this is the first Dell laptop I've used for any meaningful amount of time, which I shame myself for. And I should mention that I tried the most expensive, R28,000 top-specced model that Dell offers, so good performance should be a given here.

But now that I've used the XPS 13 for work and general use, I'm thinking of picking one up myself, or at least I'll look at other Dell laptops in the XPS line with larger screens that suit my style, like the XPS 15.

As with any product, nothing is quite perfect with the XPS 13. There are still a few things I'd change here and there. But, clearly, these little complaints in my head aren't loud enough to stop me from loving this little machine.

Check out what's great - and less great - about the Dell XPS 13:

The white XPS 13 gives has a premium design and build that's reassuring whenever I pick it up or use it. I tried the white version of the XPS 13 - the model is called 9380 - and it brings new life to the iconic XPS design, thanks to its white interior and sleek metal top and bottom exterior. No doubt, it looks and feels premium.

It's solid and it looks beautiful on a desk whether it's opened or closed. And it's incredibly compact, too.

The slim bezels around the top and side edges of the screen make the screen pop and give the XPS 13 a modern look, although the bottom bezel is rather large.

My only minor nitpick is the interior section where the keyboard lies might feel a little plasticky and hollow compared to Apple's all-metal MacBook Pro. But, honestly, I only noticed this when I started examining the XPS 13.

If you're wondering, the white version of the XPS 13 doesn't easily get - or look - dirty.

The XPS 13 has been as reliable and trustworthy as it looks. I haven't faced many issues while using the laptop. Everything has worked reliably so far, with only a few little complaints, which I'll get to later.

The XPS 13 I've been using is a little powerhouse with all the specs I could ask for in a slim and light laptop. It's everything I'd want in a laptop, and it does whatever I want it to without much of a fuss. Even the price tag for the specs isn't outrageous.

One thing I should note: small and light laptop models like the XPS 13 typically run on "low power" versions of processors. For reference, the XPS 13 I'm using runs on the Core i7 8565 "U," a chip designed to consume less power so it doesn't produce as much heat and allows for better battery life. Because it consumes less power, it's not as powerful as processors on larger laptops that can handle more heat. Still, the low-power versions of processors in the XPS 13 will likely do the trick for most people.

If you're looking for unquestionably strong performance for harder workloads, like long photo or video editing sessions, you're best bet is going to be larger laptops that come with processors that have the letter "H" after the model number rather than the letter "U" or "Y," which denote low-power models. For example, the processors in the larger XPS 15 laptops have an "H" after the chip's model number that denote it's a more powerful chip.

At the end of the day, however, the top-end XPS 13 will still handle harder workloads, but not quite as well as the larger, more expensive laptops with more powerful chips, if that's what you're after.

Battery life is great, but neither Dell nor any other company has reinvented the battery, so it's still pretty standard for a laptop. No complaints here about battery life. The XPS 13 has proved itself as a great portable machine that easily lets me work during my one-hour train commute, and use the laptop unplugged for a few hours during the work day without much concern about battery life.

The XPS 13 model I used has 4K resolution, which looks amazing, but it's overkill for a small, 13-inch screen. With the XPS 13, you have the option of 1080p resolution and 4K resolution for the 13-inch screen.

The top-spec model I'm using now is only available with a 4K touchscreen, but it would have been nice to have the option for a 1080p screen, or even a 4K non-touchscreen. The benefits of 4K resolution just aren't as noticeable on a compact, 13-inch screen

One quick thing about the display: It's been nice to use a laptop with a traditional 16:9 aspect ratio screen. Some laptops I've used recently, like Huawei's Matebook X Pro, have odd 3:2 aspect ratios that aren't as wide. What they lack in width they make up in height. I thought I liked those odd aspect ratios, but I don't anymore. It's slowly getting harder to find slim and lightweight laptops that come with the good-old-fashioned USB port and, unfortunately for some, the XPS 13 (9380) doesn't have a regular USB port.

It comes with three Thunderbolt 3 USB-C ports, which you can connect to a docking station or adapter to connect lots of accessories like hard drives, external monitors, printers, and so on. Dell includes a USB adapter with the XPS 13, which is more than Apple can say about its MacBook Pros from 2016 onwards - the company makes you buy an adapter for a petty $19 if you want to use your legacy accessories.

You'll also find a microSD card reader, which some might appreciate, as well as a headphone jack.

Plus, there's a handy battery level indicator on the left side of the XPS 13, a long-lost fan-favorite feature from older MacBook Pro models. Apple made a poor decision to remove it, and Dell did well to include it.

I also love the power indicator light at the front edge of the XPS 13. It shines orange when you're running low on battery, which has saved me numerous times from interruptions when the laptop is about to run out of battery.

The keyboard and touchpad are some of the best you can find on a Windows laptop. The keyboard on the XPS 13 has a great tactile feel to it. You really know when you press a key, and it's been a joy typing with it.

The touchpad is also one of the best I've tried on a Windows laptop. It's accurate, smooth, and responsive. It's amazing how so many Windows laptop makers don't get the touchpad right, but Dell certainly figured out the magic ingredients.

I do have a small complaint about the touchpad however, which I'll get to next.

Here are my biggest complaints about the XPS 13. The Dell XPS 13 (9380) is the laptop I'd recommend to everyone I know for a great, reliable, well-priced 13-inch Windows laptop. I can't fully speak to the other configurations of the Dell XPS 13 (9380), like those with less powerful processors and less RAM, as I haven't tried them.

But I can say that R28,000 is a good price for the top-specced model, and anyone who wants something reliable, powerful, and compact need not look further. Based on that, I'd estimate that Dell's pricing for its lower and mid-range XPS 13 models reflect exactly what you'd expect from your laptop.