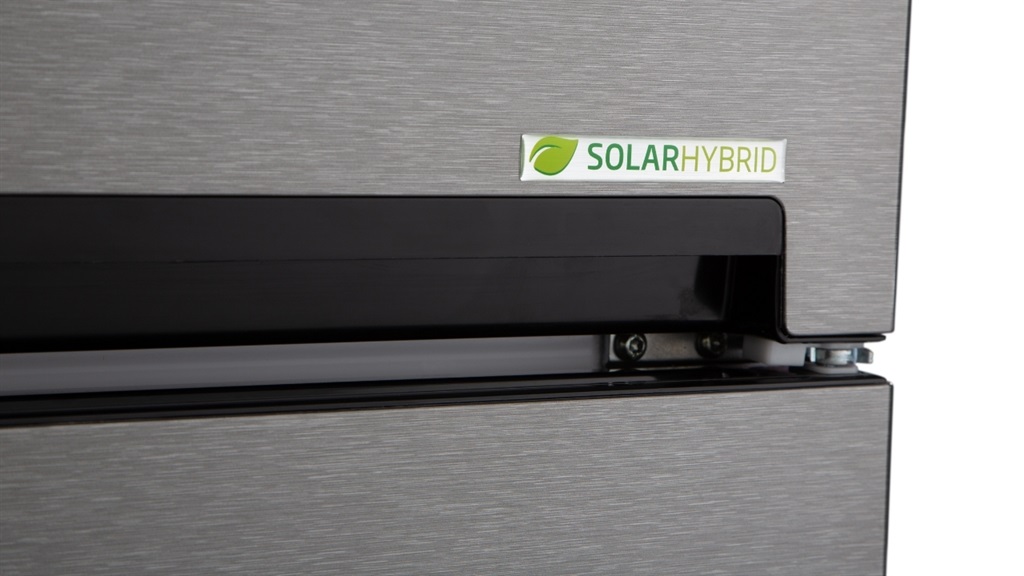 South Africa’s largest manufacturer of domestic appliances, Defy, has unveiled a new range of solar-powered fridges and freezers. The Solar Hybrid range will be stocked by 78 stores across the country by the end of February 2021, and will retail for under R6,000, which includes the cost of the solar panels needed.

To do this, Defy’s new fridges and freezers will be attached to a solar panel while still tied to the national power grid. The installation does not require batteries or inverters, thereby minimising costs but limiting reliable solar power to daytime hours in suitable weather conditions.

When no sunlight is available – either at night or during cloudy days – the fridges and freezers will draw energy from the power grid. This hybrid model reduces the fridge’s energy consumption by 44% and the freezer’s by 38%. “The rising cost of electricity coupled with disruptions in power supply such as load shedding and lengthy unplanned power outages are affecting everyone in Africa,” explains Defy CEO, Evren Albas. “It is these challenges that inspired us to democratise the cost of solar products to make this innovation available to more communities.”

The Solar Hybrid top-loader freezer has a total capacity of 254 litres and utilises “endure-chill technology” – the layering of thick insulative material with ultra-low thermal conductivity – which is claimed to keep food frozen for up to 49 hours without power. The fridge, which contains a top-freezer compartment, has a capacity of 157 litres.

The process of purchasing one of these Solar Hybrid units begins with the customer calling Defy’s customer service line. The shopper will be directed to the nearest Defy store and a team of installers will be dispatched to the customer’s home, where they will assess the potential placement for the solar panels in relation to the fridge-freezer unit.

The entire process, from contacting the customer service line to purchasing the Solar Hybrid unit, to having it installed, is expected to be completed within three days.

“The total cost is less than R6,000,” says Defy Marketing Manager, Cagdas Fidan. “Although the prices may vary from one dealer to another it will still be less than R6,000 and the solar panels are included in that price.”

While the retail price includes both the desired Solar Hybridunit and the accompanying solar panel, customers will still need to pay for the installer’s "consumables". Fidan explains that this additional cost for brackets and cables will be kept to a minimum. The unit, panel and installation will also come with a warranty.

While Defy’s Solar Hybrid range is more expensive than other fridges and freezers of the same capacity, Albas explains that saving on an electricity bill would eventually see the unit paying for itself.

The Solar Hybrid range is expected to go on sale at the end of February in South Africa and will be rolled out to other countries on the continent, including Zambia.

Related Links
You can sell excess solar power back to govt – but it may take around 7 years to break even
These large new wind and solar projects will deliver electricity from this month
Solar power could get cheaper thanks to a new method that uses invisible light
Next on Business Insider
The age of social distancing is over, according to the CDC