America might have landed on the moon, but Russia drilled the deepest man-made hole on Earth.

Since the early 1960s, scientists have attempted to drill down to the Earth's mantle.

It took 20 years, but Russia drilled down 40,230 feet (12,000 metres) into the earth, before heat forced work to stop. Despite reaching such a depth, Russia never got to the mantle. But nearby residents have said they can hear souls screaming in hell coming from it.

After that, Germany and Japan entered the race. But, still, no one's managed to drill to the mantle.

These are the deepest and largest man-made holes in the world.

Humans first began digging toward the Earth's mantle in the 1960s, when American scientists conceived of the project known as "Project Mohole," named after Andrija Mohorovicic, who discovered the boundary between the earth's crust and mantle. Like the race to the moon, it was a showdown between the US and Russia to see who could get to the mantle. Because, as University of Southampton's Damon Teagle told CNN in 2012, even though the mantle makes up nearly 70% of the Earth, scientists only have a "reasonable" understanding of what it's made from, and how it works. Only in the al-Hajar mountains in Oman is there an exposed section of the Earth's mantle. But it's not a living sample — it was last inside the Earth millions of years ago. Project Mohole's drilling was done on a boat in the ocean rather than on land, because the crust is thinner on the ocean floor, although where it's thinner is also typically where the ocean is deepest. The researchers drilled near the island of Guadalupe off the west coast of Mexico. The US hole went 600 feet (182 metres) below the sea floor before it was deemed too expensive, and Congress cut funding. They did manage to bring up several feet of basalt, which in essence cost about $40 million (R605 klometres) in today's dollars, since that was all there was to show from the expedition. LIFE magazine sent Nobel Prize winning novelist John Steinbeck to cover the expedition. He said he was aboard because he had a "long time interest in oceanography," and he was experienced "in matters of the sea." At the end, he admitted to stealing a piece of the expensive bastal, but when the "damned chief scientist" secretly gave him a piece, he was forced to return the stolen hunk. In 1970, Russia entered the race. And unlike the Moon landing, Russia achieved more than the US. Over the next 20 years, scientists drilled down 40,230 feet (12,000 metres) into the Earth. The hole, known as the "Kola superdeep borehole," is only nine inches in diameter. Drilling stopped in 1992 when temperatures became too hot, reaching 356 degrees Fahrenheit (185 degree Celsius). Benjamin Andrews, a geologist and curator at the Smithsonian's National Museum of Natural History, said as heat rises, the liquid content rises too, and digging becomes harder. "It’s like trying to keep a pit in the center of a pot of hot soup," he said. The hole is now covered by a metal lid, and still holds the record for the deepest man-made hole in the world. Locals have said they can hear souls screaming in hell coming from it. 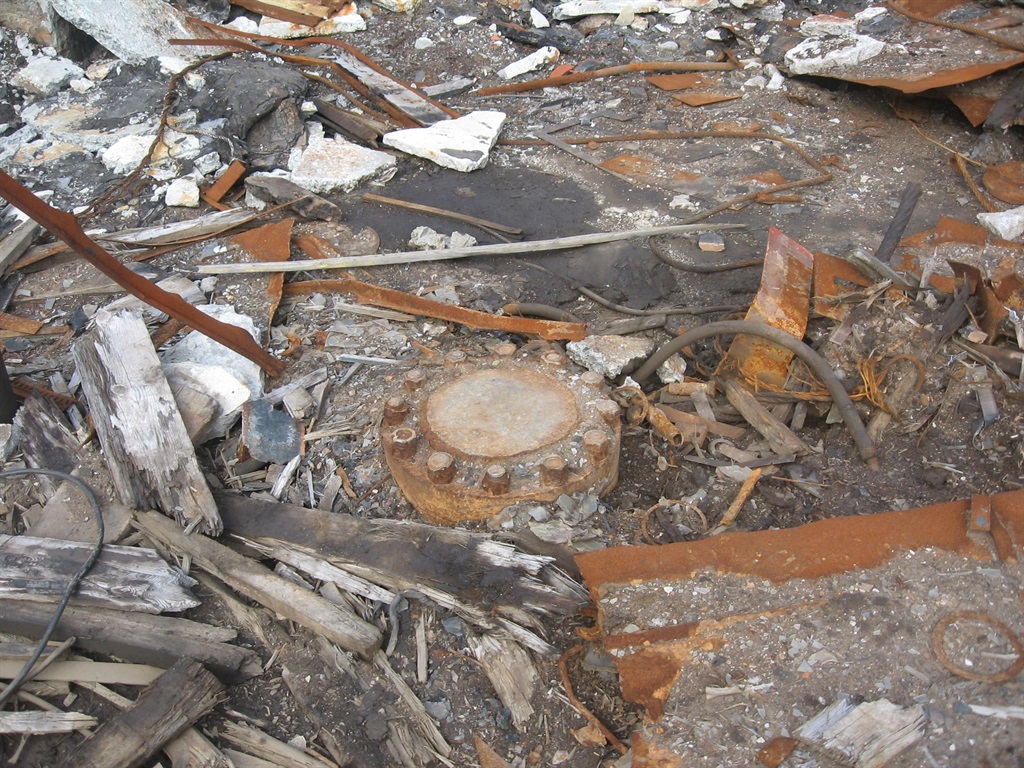 In 1990, German scientists began to drill down in Bavaria, in what's called the German Continental Deep Drilling Program. The program managed to get just under 30,000 feet (9,000 metres) deep, and they encountered temperatures as hot as 509 degrees Fahrenheit (265 degrees Celsius). In 2013, Lotte Geeven, a Dutch artist, lowered a microphone down the hole to record what she called "The Sound of the Earth." Scientists couldn't explain the rumbling that was recorded. She said some people compared the recording to hell, while others thought it sounded like the Earth breathing. Japan entered the fray in 2002 when it launched Chikyu, an offshore drilling ship. The ship can carry 6 miles (9 kilometres) of drilling pipes, and also harnesses GPS and jets that allow it to change its position to allow precise drilling. The ship is also funded by Europe, China, Korea, India, Australia, and New Zealand. One of its main missions was to drill deep enough into the mantle to learn more about how earthquakes work. But in 2019, after drilling about 2 miles (3 kilometres) feet beneath the sea floor, Chikyu abandoned its attempt to reach the point where tectonic plates met. Someone who worked on the expedition described it to the science journal Nature as "a continuous six-month nightmare." In 2015, scientists attempted to reach the mantle on a drill ship called JOIDES resolution, which has been used in digging missions since 1985. The goal was to dig 4,000 feet (1,200 metres) through the Indian Ocean floor, to reach the mantle. But it wasn't successful. In 2018, in Cornwall, in the United Kingdom, Geothermal Engineering Limited began to dig two holes, aiming to use the heat from hot rocks as a source of electricity. The company told Business Insider in 2019 that the hole had gone over 16,000 feet (4,000 metres) into the Earth, and had encountered temperatures up to 195 degrees Fahrenheit (90 degree Celsius). In 2019, scientists dug the deepest hole in Western Antarctica, going 7,060 feet (2,000 metres) into the ice. Unlike the other drills, this one was dug with a high-pressure hose that fired hot water at a temperature of 194 degrees Fahrenheit (90 degrees Celsius). Once the hole in the ice was made, scientists had to move quick, because it refroze after a few days. 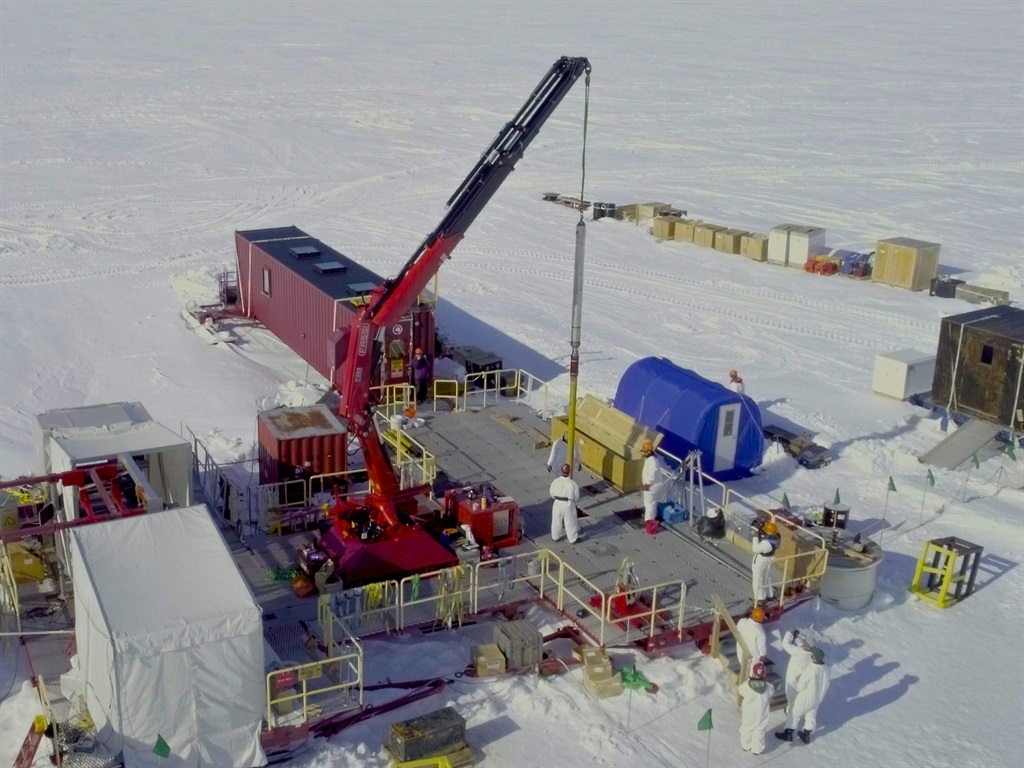 Holes have also been drilled into the earth for natural resources. BP’s Deepwater Horizon, now known for the disaster that polluted the Gulf of Mexico in 2010, was for a time the deepest offshore rig in the world. The rig drilled down 35,055 feet (10,000 metres) to access a pool of crude oil that held up to 6 billion barrels of oil. In 2011, Exxon Mobile in eastern Russia took the title for the longest man-made hole in the world. Its borehole goes 42,000 feet (12,000 metres) into the earth, but it doesn't go straight down, so it's not the deepest. It's known as "Z-44 Chayvo," and is expected to access 2.3 billion barrels of oil. Other than drilling for science, or oil, miners have also made some massive holes. One of the largest man-made holes in the world is Kimberley Diamond Mine, in South Africa, also known as "big hole." Its circumference is nearly 1 mile (1,6 kilometres), and it's about 42 acres total. Sources: The City of Kimberley

In eastern Siberia, the Mirny diamond mine, the second largest hole in the world, was constructed under orders from former Russian leader Joseph Stalin, to produce diamonds for the Soviet Union. It goes 1,722 feet (524 metres) into the ground, and has a diameter of 4,100 feet (1,200 metres). In Chile, the Chuquicamata opencast mine is the largest man-made hole in the world in terms of how much earth was dug out — about 300 billion cubic feet. And in Utah, Bingham Canyon is the largest man-made excavation in the world. It's about 4,000 feet (1,200 metres) deep, and stretches almost 3 miles (4 kilometres) wide. Related Links
Satellite images show how South Africa’s biggest malls – in Fourways, Menlyn, Midrand, Sandton,...
The 10 heaviest players at the Rugby World Cup, and their biggest hits of all time
SA’s biggest medical aids are hiking rates by nearly 10% – these are now the cheapest entry-level...
Next on Business Insider
Govt says it plans to yank registration for Damelin, Lyceum, City Varsity, and ICESA