Vescovo is close to becoming the first person to visit the deepest points of all five oceans.
Reeve Jolliffe EYOS Expeditions

At age 53, explorer Victor Vescovo has already climbed the world's seven highest peaks. Now he is on a mission to explore the bottom of the ocean - a treacherous territory that remains largely untouched by humans.

"I think it's almost cliche at this point, how people mention that 70% of the Earth is ocean, and we've only explored 5% of it," Vescovo told Business Insider.

That fact inspired Vescovo's quest to visit the deepest points of all five oceans - a mission appropriately called the Five Deeps Expedition.

In December, Vescovo became the first person to reach the deepest part of the Atlantic Ocean. He traveled to the bottom of the Puerto Rico Trench - 27,480 feet below the surface (8,376 meters) - in a R675 million titanium submarine.

At that depth, any message you send takes 7 seconds to be heard. By comparison, radio waves sent back-and-forth from the moon during the Apollo missions took less than 3 seconds to transmit.

Since that first record-breaking dive, Vescovo has successfully completed two other expeditions in the Triton 36000 submarine. On his third dive, at the bottom of the Java Trench in the eastern Indian Ocean, Vescovo discovered a mysterious species that's never been seen by humans.

His final mission as part of the Five Deeps project will be a dive in the Arctic Ocean in September 2019.

The explorer discussed these efforts on Wednesday at the TED 2019 conference in Vancouver, Canada. Here's what he revealed about his death-defying journey.

Vescovo's expedition is designed to take him to the deepest points of all five oceans. Vescovo described the bottom of the ocean as "an incredibly hostile environment." But in general, being underwater in a submarine is "relatively peaceful," he said. About a decade ago, billionaire Richard Branson tried to embark on a similar diving feat, but the project was suspended after it failed to build a submarine that could sustain multiple dives.

Vescovo's journey began in December 2018 with the Puerto Rico Trench dive, and is expected conclude in September 2019 in the Arctic Ocean. "These aren't going to be one-off dives that are experimental in nature," Vescovo told Business Insider. "We are trying to construct a system that opens the door to the ocean."

With his first dive, Vescovo became the first person to reach the deepest part of the Atlantic Ocean. His dive in Puerto Rico took him 27,480 feet below the water's surface.

"It felt great to get to the true bottom of the Atlantic Ocean for the first time in history," he said in a release after he returned to the surface.

His second dive took place in February in the South Sandwich Trench, an area between South America and Antarctica. On his third dive in the Indian Ocean, Vescovo discovered a mysterious species that had never been seen by humans before. The animal resembles a bottom-dwelling jellyfish, but Vescovo said him team isn't quite sure about its species.

The team has discovered three or four new species on every deep dive they've done, but Vescovo noted that this particular animal was "very, very unique looking" compared to the others.

The deep-sea submarine took three-and-a-half years to design and build. He's confident that it will continue to keep him safe underwater. "We kind of have a running joke within the development team that I don't trust a lot of things, but I do trust math. I do trust titanium," he said. "We have very high confidence that the systems will survive these extreme environments."

Vescovo said that at the ocean's most extreme depths, pressure levels are 1,100 times stronger than at the water's surface. So his team tested the submarine at pressures beyond that of the deepest parts of the ocean floor.

In two weeks, Vescovo will attempt to reach the Challenger Deep — the deepest known point in the ocean. 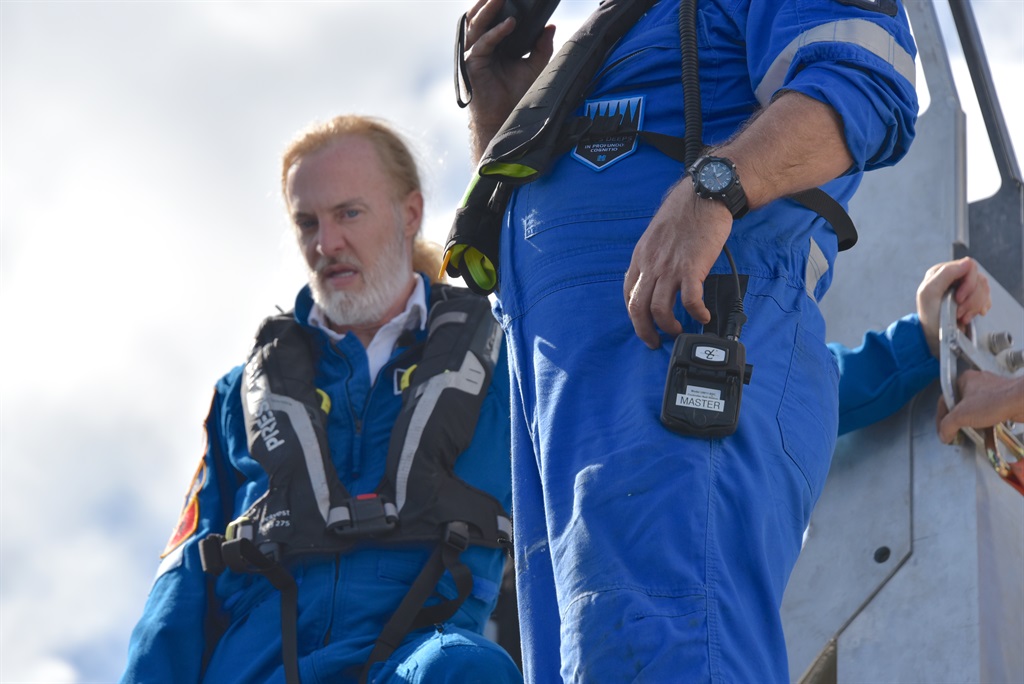 Challenger Deep is located at the bottom of the Mariana Trench in the Pacific Ocean, almost 7 miles underwater. It's farther down from sea level than Mount Everest is up.

"We believe, hopefully, given our track record, that we'll be successful," he said.

Fewer people have reached Challenger Deep than have walked on the moon. Hundreds of people have ventured into space, and a dozen have landed on the moon. But only three have reached Challenger Deep.

Film director James Cameron went there in 2012, and explorers Jacques Piccard and Don Walsh did it more than 50 years earlier in 1960. But that's it.

Vescovo said diving is the opposite of mountain climbing, but both require "calculated risks." 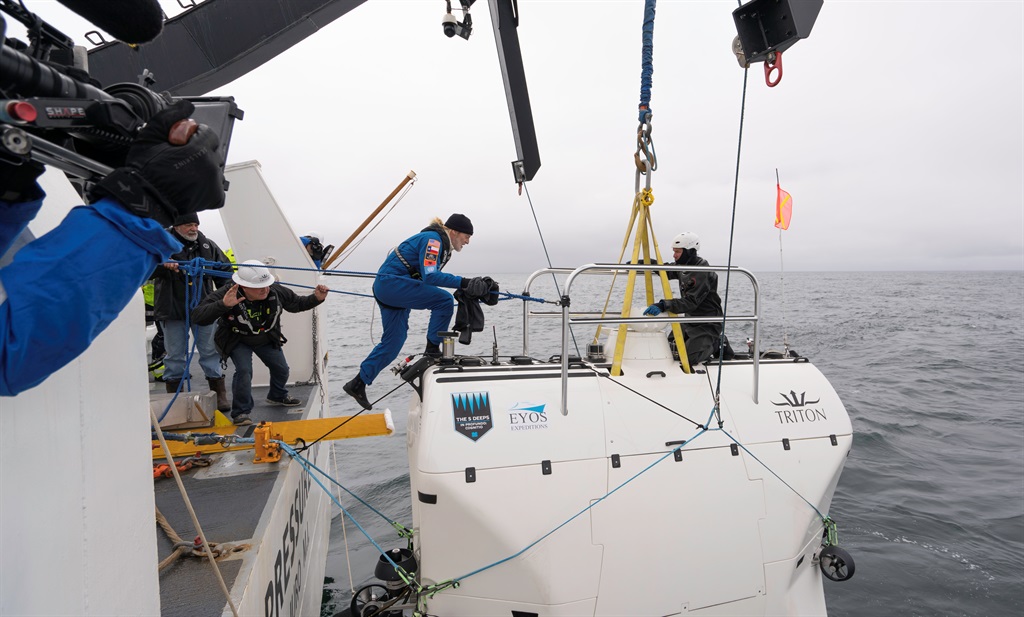 "In mountain climbing ... you are completely subjected to the weather and you feel freer because you're surrounded by a lot of open space. You feel the biting cold and you feel the wind," he said.

But deep-sea diving, by contrast, is a "far more technical mission."

While speaking at TED, Vescovo said the experience was "kind of like the Space X of ocean exploration, but I pilot my own vehicles."