The most hotly anticipated game of 2019 arrives this November.

"Death Stranding" is the next creation from legendary game creator Hideo Kojima, of "Metal Gear" fame. The game stars famous faces like Norman Reedus, of "The Walking Dead" fame, seen above in stunning detail.

In a recent panel at the Tribeca Film Festival in New York City, Kojima revealed the incredibly intense technology used to capture actors for "Death Stranding." 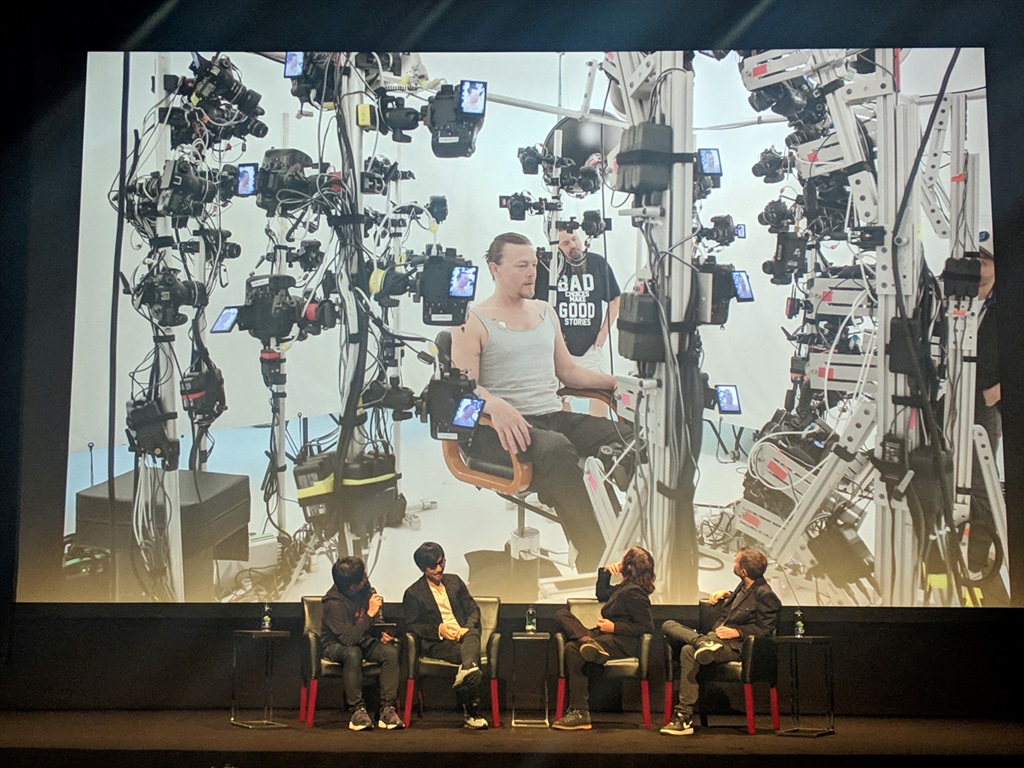 A new trailer for the game arrived this week, and with the trailer came a thorough rundown of the game's star-studded Hollywood cast. Fragile appears to be in the same line of work as the game's main character, Sam - she's a courier, ferrying valuable supplies between the remaining cities in the game's destroyed, near-future version of America. Both of the film directors portrayed in "Death Stranding" are mere "puppets" - their likenesses are used, but they are voiced by different people.

It's unclear what Mama's role is in the game, but she appears to be some form of medium, able to see things that others cannot. In the case of Refn, like Del Toro, the character's appearance is the only likeness shared with the actual person - both were visually captured, but are voice-acted by different people.

I asked my bestie, Nicolas, to be â€œHEARTMANâ€ in DS as special guest. We 3D scanned his head, body, and facial expressions to make his 3D model, but his acting and voice are done by a different performer, same as with Guillermo. ??????????â˜”ï¸ pic.twitter.com/wOGt0LfX89 Why is Tommie Lee Jenkins wearing a carbon fiber mask? Why is his character named "Die-Hardman"? These are the questions!

We still don't know - this character reveal was one of the more mysterious, bizarre moments of the new trailer. In the scenes shown, he appears alongside Deadman (Del Toro) and Sam (Reedus). Could he be an employee of the same Bridges group that Sam belongs to? He might be!

Danish actor Mads Mikkelsen, of TV's "Hannibal" and "Rogue One: A Star Wars Story," plays a character named Cliff who — in this scene — appears to be a good guy. But Mikkelsen also appears as a horrific ghost soldier at various points in the trailer, so maybe he's not always so good. There is an obvious tonal difference between the version of Mikkelsen depicted as some form of bespectacled doctor and the version wearing Gulf War-era military fatigues, covered in blood and shrouded in darkness.

It's not clear if his character is a straight-up antagonist or if there are multiple versions of him or what. Amelie - the only character whose tears are actually blood - appears to be involved with Sam in some way. She's seen hugging him, and appears to be an apparition of sorts in other scenes. Her character remains somewhat of a mystery.

And, of course, Norman Reedus of "The Walking Dead" fame stars as the game's main character — who you'll play as — Sam Bridges. The full trailer is worth a watch — check it out right here: