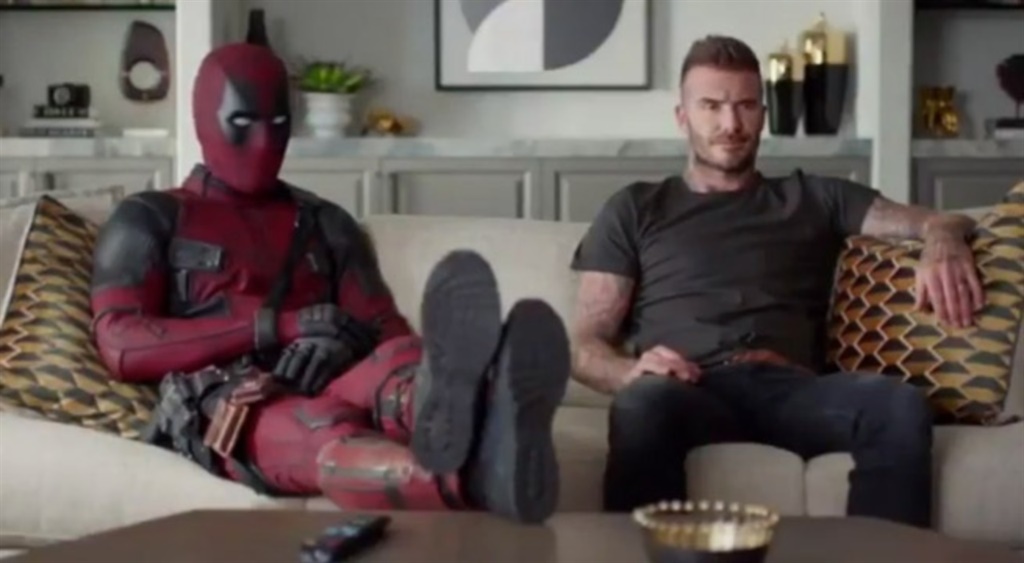 One of the better jokes in the first "Deadpool" was when Ryan Reynolds' titular character joked, "You ever heard David Beckham speak. It's like he mouth-sexed a can of helium."

Well, in a new promotional gag from 20th Century Fox for "Deadpool 2," the merc with a mouth feels bad about the joke and has decided to apologise. After a few failed efforts (including one with Deadpool inhaling helium), he finally finds the way back into Beckham's good graces — with tickets to the World Cup, which, probably not coincidentally, is being broadcast on television by Fox.

"I can't wait to not watch Italy play the Netherlands," Deadpool cracks, referring to two of the more prominent teams to miss this year's World Cup.

"I can't stay mad at you," Beckham said before the two finally hug.

You can watch the entire video below.