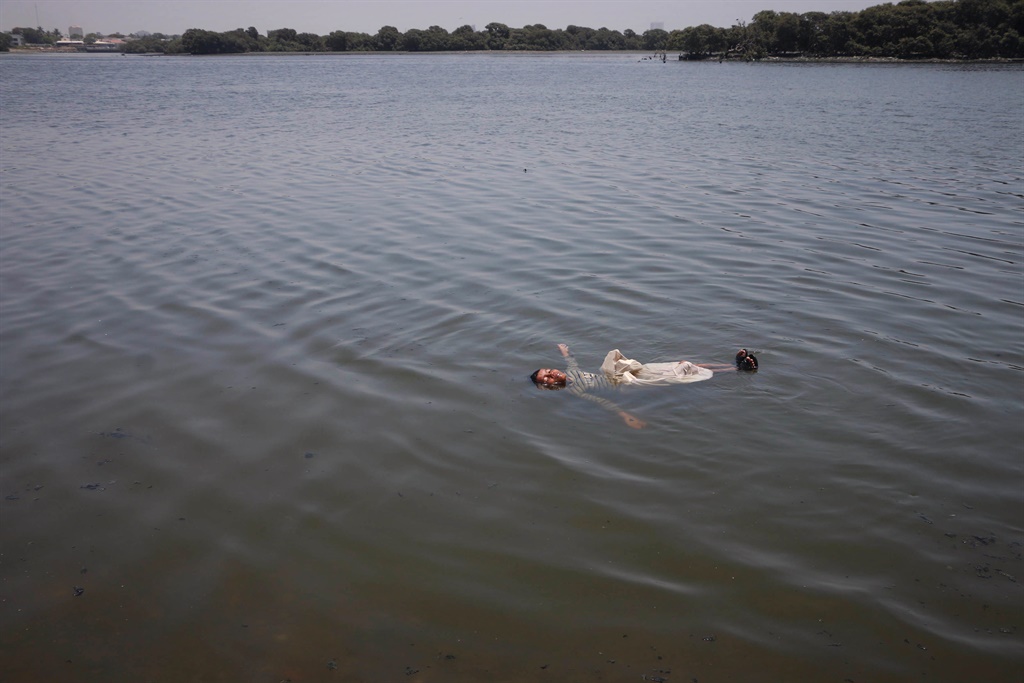 A Pakistani boy swims in the Arabian Sea. Photo: Getty Images
Researchers from the University of East Anglia used robots to measure the world's largest ocean "dead zone" in the Arabian Sea — and the problem, they say, is getting worse.

Dead zones are areas of the ocean with low oxygen that can no longer support any marine life. This dead zone, the researchers now believe is by far the largest in the world, and may encompass the entire 102,515km² Gulf of Oman in the Arabian Sea.

It's bigger than the whole of KwaZulu-Natal, to put that in perspective.

"Our research shows that the situation is actually worse than feared — and that the area of dead zone is vast and growing," Bastien Queste, the lead researcher on the project said. "The ocean is suffocating."

Previously, the largest recorded dead zone in the ocean occurred in the Gulf of Mexico, where agricultural runoff from the Midwest created seasonal algae blooms that starved huge swaths of the Gulf of much-needed oxygen.

While scientists knew a massive dead zone lurked in the Gulf of Oman since at least the 1960s, geopolitical tensions in the region prevented scientists from studying the zone on research ships, which they could use to survey the area and deploy instruments to measure oxygen levels.

To get around this problem, Queste and his team used human-size robots, called seagliders, which they deployed for eight months. The seagliders, which can descend to depths of around 1 kilometer, were in constant communication with satellites to build a comprehensive picture of oxygen levels in the Gulf.

The dead zone is directly linked to climate change. As waters warm, they hold less oxygen — and that, coupled with the excess fertilizer and runoff that gets dumped into the Gulf of Oman — means the problem is only getting worse.

"Of course all fish, marine plants and other animals need oxygen, so they can’t survive there," Queste said. "It's a real environmental problem, with dire consequences for humans too who rely on the oceans for food and employment."

Related Links
China is opening the world’s longest sea bridge — and it contains enough steel to build 60 Eiffel...
23 things most millennials have never heard of
The Netherlands built a bridge that partially floods when it rains
Next on Business Insider
Load shedding weighs on citrus industry as it moves into peak harvest season