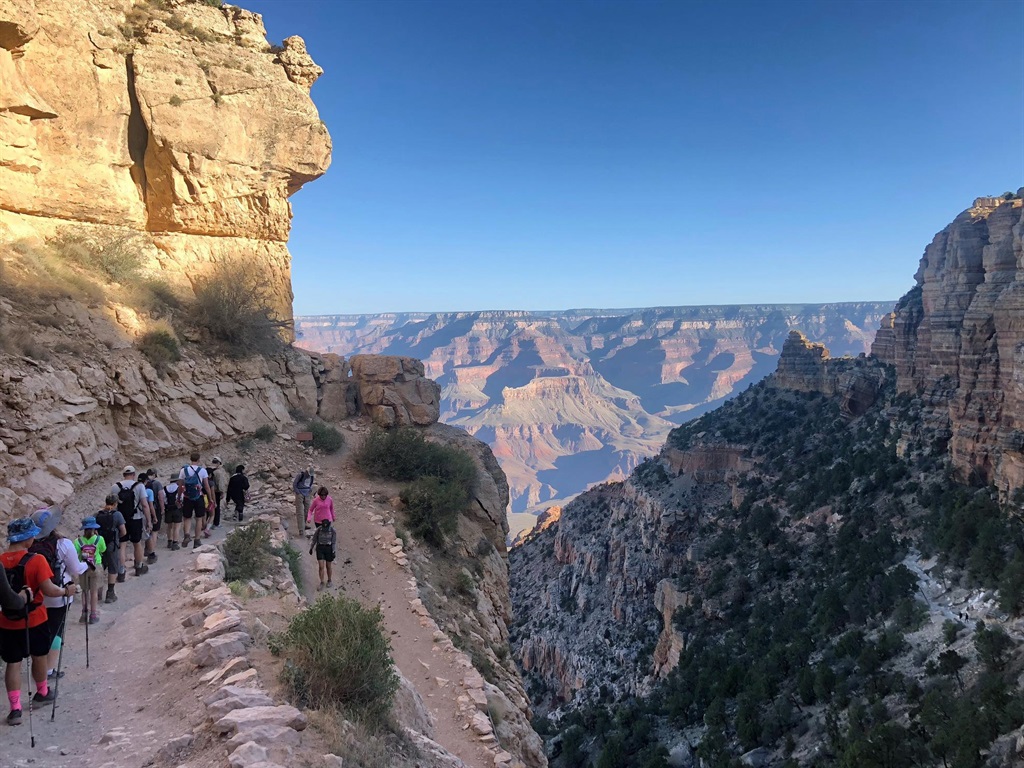 Life is short. The desire to make the most out of one's life and live it to the fullest is what motivates many people to travel in the first place.

Some people expand their horizons by visiting pristine beaches or sightseeing in a city with stunning architecture. Then there are those who find that dangling thousands of feet above the ground lets them know that they're alive.

From narrow roads on the edges of cliffs to deep cave dives, here are 14 dangerous attractions that daring travelers flock to.

The precarious cliffs and staircases at Diamond Bay Reserve are a popular selfie spot, but the steep drop can be deadly.

Two tourists have recently died while sightseeing on the cliffs. A 27-year-old woman died in August after she fell while attempting to take a selfie. Five months later, another woman has been found dead after falling from the edge. The woman has yet to be formally identified, but friends and family have named her as 21-year-old British model Madalyn Davis. 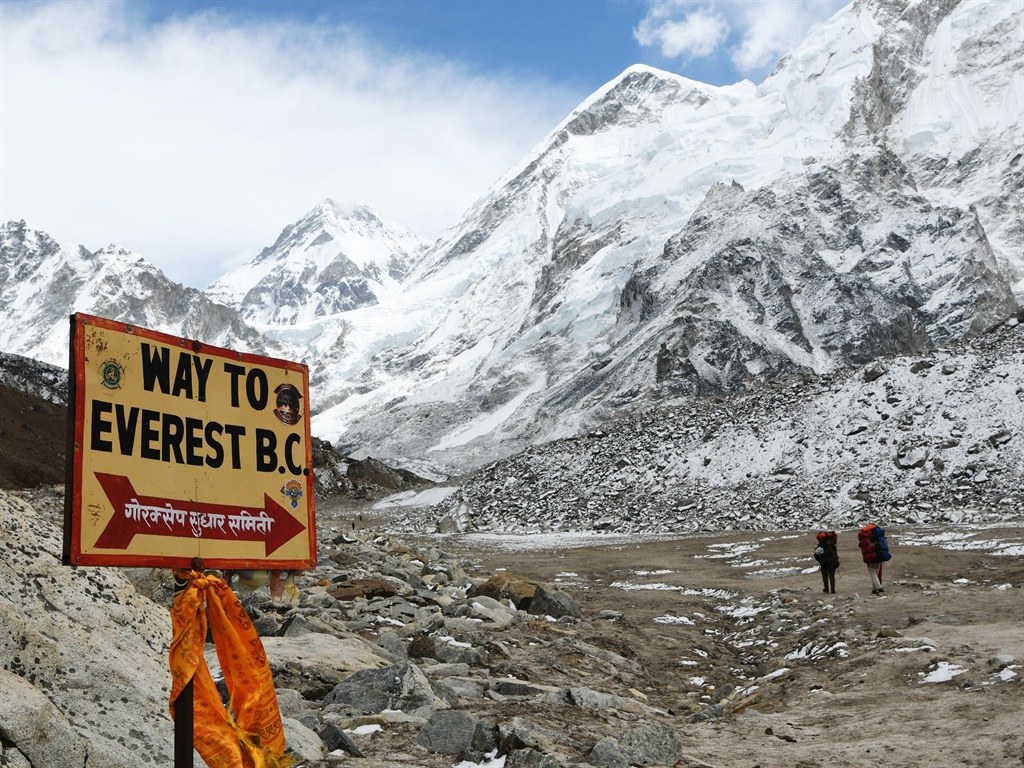 The world's highest mountain is no easy climb. Mount Everest's "death zone" above 26,000 feet (7,000 metres) is particularly dangerous for its low levels of oxygen and low atmospheric pressure. Altitude sickness can be deadly, but the most common causes of death on the mountain are avalanches and falls.

Over 300 people have died while climbing Mount Everest. In May, overcrowding on the mountain resulted in the deaths of at least 11 people in one week.

Newton County Sheriff Glenn Wheeler told KY3 that the sheriff's office gets five to 10 calls a year about people falling or otherwise injuring themselves while hiking at Hawksbill Crag in Arkansas.

On Saturday, 20-year-old Andrea Norton fell 100 feet (30 metres) and died while taking a photo on the cliffside.

The National Park Service reported that approximately 160 people die in national parks every year. This means the parks are generally very safe - statistically, that's 0.57 deaths per 1 million visits - but accidents can and do happen on treacherous trails and steep cliffs.

Precipice Trail in Maine's Acadia National Park is one such hike that involves climbing rungs on the face of sheer cliffs. A woman fell to her death while climbing in 2012, the first fatality on the trail since 1985.

Around 12 people die at the Grand Canyon every year. Two people died there in March 2019.

National Park Service rangers responded to a fatality near the South Rim on March 26, the details of which have not been released, according to CNN.

Then, two days later, a tourist from Hong Kong fell off an overlook at the Eagle Point observation area at Grand Canyon West.

A park spokesperson told My Grand Canyon Park that about 12 people die at the Grand Canyon every year. On average, two or three of these deaths are falls. Other causes of death include medical problems, heat, drowning, traffic accidents, and suicide.

The shoulders of "Death Road" are lined with crosses and memorials for people who have died while traveling it.

The road was more dangerous when cyclists and automobiles shared it - an estimated 200 to 300 drivers died every year, earning the title of "The World's Most Dangerous Road" from Inter American Development Bank.

When cars and trucks were diverted to a new, less perilous road, the death toll decreased, but daring bikers still ride it. An estimated 22 cyclists have died on the road since 1998.

Whitewater rafting is a popular tourist attraction in Colorado - 550,861 people took the plunge in 2016. But when temperatures rise, more snow melts from the mountains and results in dangerously swift river currents.

Eagle's Nest Cave is known as the "Mount Everest" of underwater cave diving for its difficulty and the level of required expertise to navigate it at depths of 300 feet (91 metres). Twelve people have died while diving in the cave since 1981. The Atlantic called Mont Blanc "one of the world's deadliest mountains" in 2012 and reported that 100 people die on the mountain every year. One of the reasons given for this high number of fatalities is the abundance of guided tours. The ventures can contribute to a "production line mentality" wherein getting up and down the mountain efficiently to get to the next group can cause guides to disregard potential dangers.

Temperatures in The Maze can reach 110 degrees Fahrenheit (43 degrees Celsius), and it's so remote that it would take three days for any help to reach a lost, injured, or dehydrated hiker.

No one has died while hiking in The Maze, likely because of warnings urging only experienced hikers to visit. Still, 2,000 people hike through it every year.

In this death-defying hike on Mount Huashan, visitors walk across thin planks bolted to the side of the mountain held together with staples at 7,000 feet (2,000 metres). Many refer to it as "the world's most dangerous hike," but others say that it's actually the safest place on the mountain because it's the only place where harnesses are required. The rumoured death toll of 100 people per year has never been substantiated.

Florida has some of the best beaches in the world, but swimmers should watch out for sharks.

In 2017, Volusia County had nine incidents of shark attacks out of the 88 total reported worldwide. That's more shark bites in one place than anywhere else in the world, according to the University of Florida's International Shark Attack File as reported by the Miami Herald. None of the attacks in Volusia County was fatal, and it was six less than 2018, when Volusia County also topped the list.

Angel's Landing is an extremely narrow hiking path with a 1,000-foot (300 metres) drop on either side. Six people have died on the trail since 2004.

Climbing to the summit of Half Dome involves scaling a steep cliff using cables. Between eight and 20 people have died since the cables were installed around 100 years ago, and even more have died on the trail leading to it. The National Park Service instituted a permit system in 2010 to limit the number of climbers to 300 a day to avoid hazardous bottleneck.

The travel site Yosemite Hikes calls the Half Dome "the one you can't die without doing, and the one you're most likely to die while doing."