A man who nearly threw out a ‘poor quality’ Harry Potter book sold it for R1.35 million 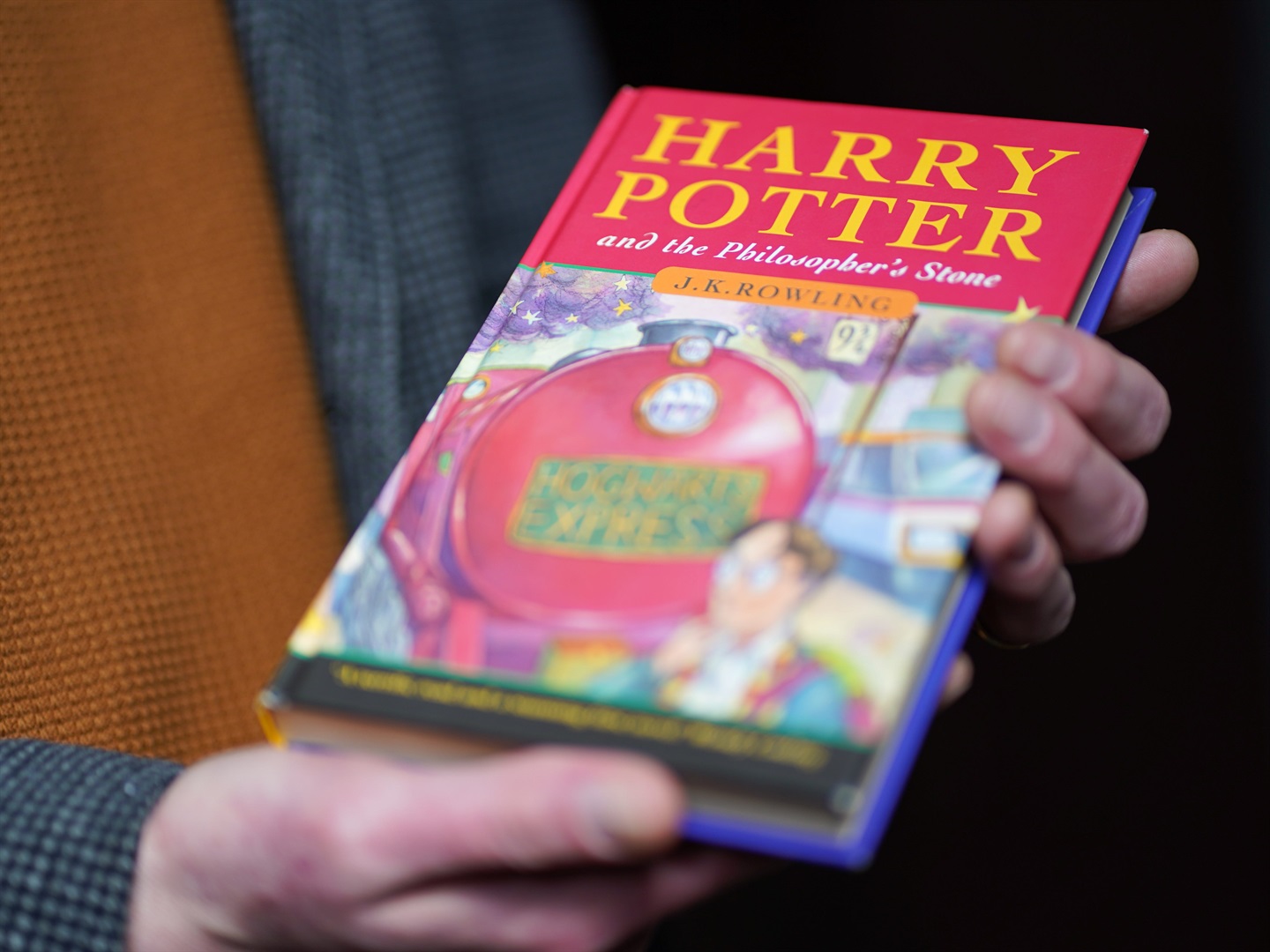 A first edition hardback of JK Rowling's Harry Potter and the Philosopher's Stone, one of only 500 produced in the first print run in 1997, on display at Hansons' Auctioneers at Bishton Hall, Staffordshire.
Jacob King/PA Images via Getty Images

A British father who nearly threw out a rare Harry Potter first edition has sold it at auction for £69,000 (R1.35 million), according to reports.

The seller, a 68-year-old paper merchant director from West Sussex, England, pre-ordered the first edition of JK Rowling's "Harry Potter and the Philosopher's Stone" from a bookstore in 1997, according to the British broadcaster ITV.

He bought it for £12.99 but almost returned it because it came without a dust jacket, the unnamed seller told ITV.

"I'm a collector, and, being the first edition, I expected it to have one," he said, according to the broadcaster. "I decided to keep the book on the toss of a coin. It was a moment of destiny."

The seller later found out the hardback first issues of the "Philosopher's Stone" did not come with a dust cover.

The 68-year-old went through great efforts to preserve the first edition because the paper in the book was "poor quality," he said, per the Stoke Sentinel. It included keeping it in darkness for 25 years to stop the sunlight from turning the pages brown, the local media outlet reported.

He also made sure that it was never read, much to his daughter's dismay, the Stoke Sentinel said.

"A year after I bought it, with Harry Potter excitement growing at my daughter's school, she asked if she could read it. I said, 'no, absolutely not,'" the seller said, per the Sentinel. Instead, he added, he bought her another copy.

The book sold to an online American buyer after a fierce bidding war on Wednesday at Hansons Auctioneers' salesroom, ITV reported.

"This is the highest hammer price we have achieved so far and deservedly so," said auctioneer Jim Spencer, per ITV.

"It was the best hardback first edition of 'Philosopher's Stone' I have ever seen.