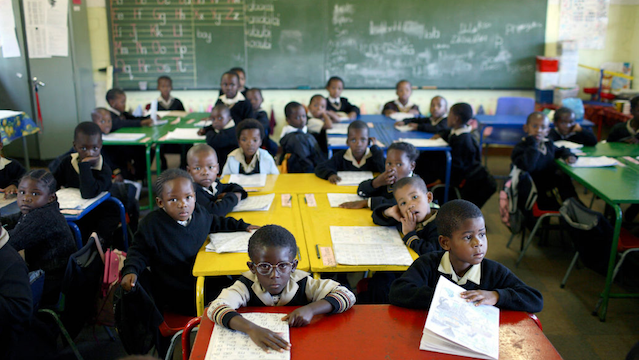 This year for-profit school group Curro will spend 17 times more per pupil on new and replacement schools than the national department of basic education.

In interim results on Wednesday Curro told shareholders its spending on expansion and replacement of assets will hit R1 billion this year. That includes building five new schools in places such as Midrand and Delft, and major expansion at four other schools.

By contrast, the national department of basic education has been allocated just shy of R12.4 billion for infrastructure spending. About R10.5 billion of that will be handed over to provinces through the education infrastructure grant – which includes money for maintenance – and another R1.9 billion will be channelled through a grant specifically intended to deal with school infrastructure backlogs.

See also: Inside Curro's first high-tech high school: there’s no sports, but it's also much cheaper

But because of the comparative scale of the operations, Curro's spending will dwarf that of the national system on a per-head system.

At the end of June this year Curro reported 57,173 pupils across its schools, making for a per-child capital spend of a little under R17,500 in the present year.

Primary and secondary schools in South Africa have a learner population of some 12.3 million, making for a per-person allocation of around R1,000.

The department of basic education has a target of 30 pupils per teacher across primary and secondary schools. On Wednesday Curro said its current ratio is 18 children per teacher.

In its last financial year Curro said it was charging an average of R41,600 in fees per year, a little shy of R3,500 per month.

On Wednesday the private school group told shareholders it had recorded a profit of R238 million for the first half of its financial year.

See also: The former CEO of Curro started his first school at a church. Here’s how he built SA's largest private-school business

Related Links
The former CEO of Curro started his first school at a church. Here’s how he built SA's largest...
Inside Curro's first high-tech high school: there’s no sports, but it's also much cheaper
This is what R300,000 a year buys you at SA’s most expensive high school – which just saw a fee...
Next on Business Insider
A KFC franchisee turned a former bank in rural New York into 'the most beautiful KFC in the world'