J.K. Rowling explained one of the most upsetting character turns in 'Fantastic Beasts: The Crimes of Grindelwald' WARNING: Major spoilers ahead for "Fantastic Beasts: The Crimes of Grindelwald."

In an extra titled "Grindelwald's Escape and the Ring of Fire" - available on the "Fantastic Beasts: The Crimes of Grindelwald" Blu-ray - J.K. Rowling gave more insight into the film's titular villain and why one of the franchise's most beloved characters could switch sides.

"This movie deals with the rise of an autocrat," Rowling said. "I actually had a complete idea of who he was and what his story was, even though it never appeared in the 'Potter' books: He's a sociopath."

Grindelwald is first mentioned in the very first "Harry Potter" book but was never fleshed out as a character in the original series. Fans learned of his power and charm, however, in "Harry Potter and the Deathly Hallows," when it was revealed that Albus Dumbledore had once flirted with Grindelwald's dangerous ideology.

Read more: J.K. Rowling gave more insight into the 'passionate' relationship between Dumbledore and Grindelwald, and confirmed it had a 'sexual dimension'

"Grindelwald has succeeded in an almost cult-like devotion in his followers," Rowling said. "The crimes of Grindelwald have historically been crimes of violence and terror. However, as we meet him in this movie, we also see what a genius he is at manipulation." Rowling's characterisation of Grindelwald may help fans understand one of the most upsetting twists in the film.

Many fans were shocked when one of the most likable and good-natured characters, Queenie Goldstein, decided to join Grindelwald's cause at his climactic rally.

Some viewers even theorised that Grindelwald had put Queenie under a spell; she appeared to be very afraid of him when they first met, and her ultimate decision to join Grindelwald felt rather sudden, especially considering their relationship gets very little screen time.

Read more: The 21 biggest questions we have after seeing 'Fantastic Beasts: The Crimes of Grindelwald'

Additionally, Queenie is in love with a no-maj (aka muggle) named Jacob Kowalski, which would logically mean she doesn't agree with Grindelwald's bigotry.

But it appears that Queenie was actually just seduced by his charm and speech-making abilities.

"If you're not paying a lot of attention to the substance and the inherent contradictions in what he's saying, it sounds very seductive, very plausible," Rowling said. "It can persuade people that you or I might consider 'good' people." 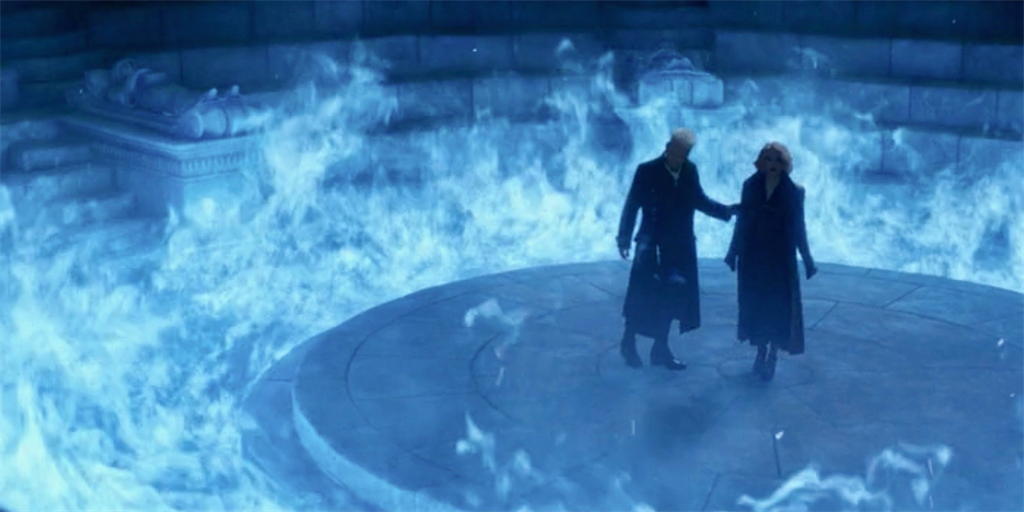 This is especially notable considering Queenie is an accomplished Legilimens, meaning she is able to read other people's feelings, thoughts, and memories pretty much on command. If Grindelwald was able to manipulate her, he must be exceptionally deceptive, or at least a powerful Occlumens.

"However disturbing his philosophy might be, he has this ability to dress it up in a way that's digestible and consumable," director David Yates said in the extra.

"There's real darkness to him, and yet he's soft-spoken about it," Alison Sudol, who plays Queenie, added.