Note: As of Monday 27 August, 2021, the United Kingdom moved Montenegro to its red list. Although Montenegro is still open to qualifying travellers from South Africa, it no longer qualifies as a stop-over destination to avoid quarantine on arrival in the United Kingdom.

South Africans have been among the most restricted travellers in the world since the creation of Covid-19 travel "red lists".

Although most African countries have remained open for leisure travel with no quarantine restrictions, those wishing to visit Europe - or even return home to countries such as the UK - often face at least 11 days of self-funded isolation on arrival.

But those wanting to avoid lengthy and expensive quarantine hotel stays on arrival in England - often in tiny airport hotel rooms - have been looking for loopholes almost since the restrictions began.

Mexico, the Maldives, and a handful of countries in West Africa have all allowed travellers to holiday for several days without quarantining on arrival in the United Kingdom at various stages in the pandemic. And although governments have been playing a game of whack-a-mole trying to shut these loopholes down, Montenegro has emerged as one of the most popular and reliable stepping stones.

With its sparkling Adriatic coastline, fjord-like natural features, fascinating history, reasonable prices, and easy access, the Balkan country is also a viable tourism destination in its own right.

Although South Africans with valid Schengen visas can enter Montenegro for 30 days visa-free, it's a destination that has flown under the radar for local travellers - often losing out to more popular coastal destinations like Greece, and even neighbouring Croatia.

But time it right, and it's a destination that ticks several travel boxes - including one of the most spectacular train rides in Europe that costs just a handful of coins.

Although not the capital (that title belongs to inland Podgorica), Kotor is the primary attraction for most visitors to Montenegro. Aerial view of Kotor from the city steps above. Photo: Andrew Thompson.

Its old town is defined by stone buildings and cobbled streets that hide cosy bars and decent restaurants. The town fronts directly onto a shimmering bay, and small harbour, that's popular among cruise ships.

Rising up above it all is an old defensive wall, built by the Illyrians, that offers spectacular views of the city and bay. A short - and cheap - bus ride away from Kotor is photogenic Perast. It has made its way into many Instagram feeds and tourism brochures, and for good reason. There you'll find a selection of tourist-centric restaurants and boats waiting to take you out into the bay.

One of the key attractions in the bay is the artificial islet Our Lady of the Rocks, where you'll find a 17th-century Roman Catholic church. Our Lady on the Rocks. Photo: Andrew Thompson.

A walk up the switchback path opposite the old town of Kotor also delivers constantly shifting views - most notably of the fjord-like mountains. Although often called Europe's southernmost fjord, the Bay of Kotor is instead an ancient drowned river valley that geomorphologists call a ria. Continue to the top, and Montenegro delivers on another fascinating front - that of its turbulent past. The abandoned Fort Vrmac, built in the late 1800s during the reign of the Austro-Hungarian Empire, is beautifully preserved. Although officially closed to the public, entry points exist for those brave enough to explore its dark, damp, and at times, treacherous labyrinthine interior. Further down the Montenegrin coast are several other resort towns worth visiting - if not for an extended stay, at least for a day trip. Many come to life during the warmer summer months when tourists, most notably from Russia, come to enjoy the sparkling waters and a sense of opulence. At other times, towns like Budva are understated and all but abandoned. 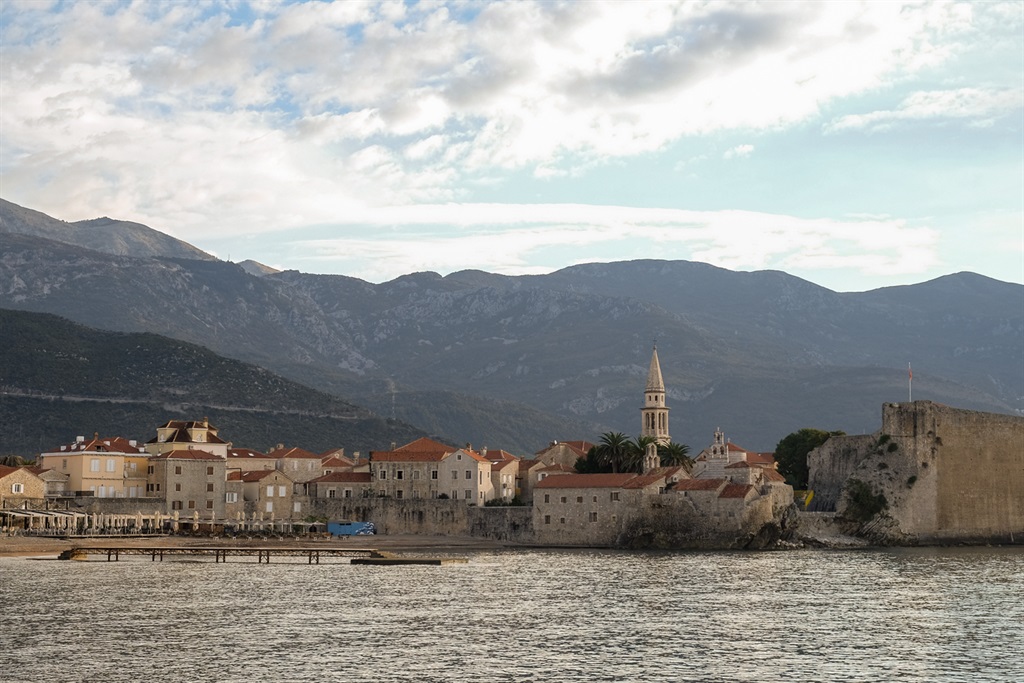 The town of Bar is famous mostly for its train station that is the starting or ending point for one of the country's - and continent's - most sensational train rides. But a day there delivers several underrated attractions, such as an olive tree purported more than 2,000 years old. From Bar, it's possible to take perhaps one of Europe's most dramatic train journeys inland to the capital, or further into neighbouring Serbia. Often ironically called the Montenegro Express it's not a journey for those in a rush, nor for those concerned about heights, stuffy carriages, and the occasional rusted bridge strut. But for just a handful of coins, the train ride delivers some of the most incredible high-altitude railway scenery imaginable - particularly if you time it during Autumn. The train route was initially built to run Tito's Blue Train, which now languishes in a storage facility in Belgrade. Over the course of the journey between Bar and Belgrade, the train goes through 254 tunnels and crosses 435 bridges, including the Mala Rijeka Viaduct, which at the time was the highest of its kind in the world. South Africans need a passport valid for at least three months after arrival in Montenegro. A visa is required for entry - which can be obtained at the Serbian consulate in Pretoria. But holders of a valid visa issued by Ireland, the United Kingdom, the United States, or any Schengen member state, are allowed 30 days of visa-free entry.

British nationals are allowed a visa-free stay of up to 90 days.

At the time of publication, arriving travellers in Montenegro must have a negative PCR test taken within 72 hours or travel or have been fully vaccinated 14 days prior to arrival.

There is no direct flight from South Africa to Montenegro.

Several airlines route via European hubs, but the fastest route between the two countries is on Turkish Airlines. The best option departs Johannesburg on Saturday evening, requires a connection in Istanbul, and arrives in Podgorica before 9AM the next morning.

Depending on dates and routes, flights cost between R10,000 and R14,000 return to South Africa - and roughly the same if you continue on to the United Kingdom with no South African return leg.

Montenegro is currently on the United Kingdom's Amber List. Provided travellers remain in this region for 10 days, it should be enough to avoid South Africa's red list status.

Travellers from Amber regions do not have to quarantine at a government-mandated facility - but must quarantine in the place they are staying for 10 days - and take the Covid-19 tests on days two and eight.

* This article was updated to reflect the correct number of days required to remain in a UK Amber List country in order to avoid mandatory quarantine on arrival. The requirement is currently 10 days, not 14 as originally stated.