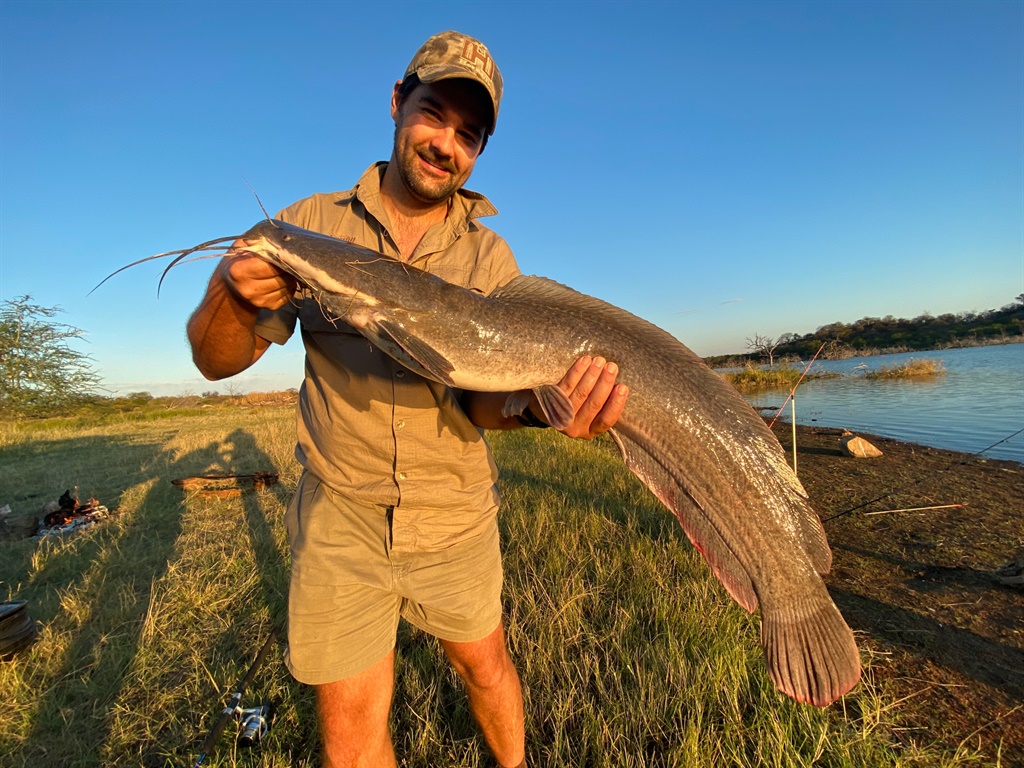 Under South Africa’s Level 3 lockdown conditions, permit-holding recreational fishers are once again free to wake up at dawn and wade tentatively into gurgling waters.

The new legislation announced by the Department of Environment, Forestry and Fisheries last week comes with all of the expected Covid-19 caveats (social distancing, health protocols, groups, and restrictions of movement) - but aside from these, recreational fishers are now free to step back into their waders.

Recreational fishing is a growing hobby in South Africa, and many fishers also use it as a way to put fresh ocean and river fish on the table. Although difficult to know for sure, the World Wildlife Fund estimates that there are at least half a million people in South Africa who engage in some form of recreational fishing, be it trophy, subsistence, or catch-and-release.

There are hundreds of locations around the country in which to fish - be it along the country’s vast coastline, or at numerous inland bodies of water, both man-made and natural.

Whether in it for the solitude, sport, or looking to benefit from fishing’s apparent ability boost to your mental well-being and love-life, these are some of the best fishing locations in South Africa to visit.

The rivers of Elandspad and Smalblaar, set against the towering Du Toitskloof Mountains, are a manageable day trip drive from Cape Town - and the area is suitably scenic for those more interested in getting out of the house than casting out over the waters. The various streams in the area are home to healthy populations of rainbow and brown trout, making it one of the country’s premier destinations for dry fly fishing. The Cape Piscatorial Society oversees the fishing in this ecologically sensitive area, and their website has comprehensive information on the various streams and facilities available.

The Cape Piscatorial Society counts Lakensvlei Dam, around three hours from Cape Town, as its “primary still water venue”. The dam is located in the picturesque Hex River catchment area, and is home to high numbers of large rainbow and brown trout. The society reports that it’s not uncommon to catch fish heavier than two kilograms in the dam, and members can choose to fish from non-motorised boats, float tubes, or simply by wading into the shallows. The fish population also thrives in the colder winter months - and even the non-fishers will appreciate a lockdown day trip for the snow capped mountains.

Recreational off-shore fishing has all but ground to a halt during lockdown, and the continued lockdown prohibition on private fishing charters will keep it that way for some time.

Sean Amor, owner of Hooked on Africa Fishing Charters, has been unable to operate his business for three months, but his enthusiasm for fishing the Cape’s seas appears only to have amplified, and he’s not hesitant to share his secrets.

If you have access to a boat, and you’re looking to capitalise on the Cape’s fertile oceans, Amor will happily point you in the right direction.

“The Cape province has a host of good fishing spots,” he says. “Depending on the time of year, there are opportunities from Lamberts Bay to Mossel Bay, with the Cape Point area in the middle fishable pretty much all year round.”

“The False Bay Area right around till Hangklip offers again plenty of reef fishing for a host of species, including red roman, black tail, bream, Cape bream, red steenbras, yellowtail, cob and geelbek,” says Amor. “And don’t forget that you can also find crayfish and perlemoen in all areas - but these are quota and very seasonal species.” The small hamlet of Rhodes, tucked away in the Eastern Cape Highlands, has secured a reputation as one of the country’s premier wild trout fly fishing destinations. Its location, at least six hours from any bright lights, makes it an unlikely day trip - but it’s a destination to schedule in if you’re serious about fishing in spectacular surroundings. There are hundreds of kilometres of rivers and streams to explore, as well as some picturesque dams, so peace and tranquility, and a few nibbles, are almost a given.

Bat’s Cave is a popular Eastern Cape sea fishing spot, known for its rugged coastline and abundant fish population. The rocky gully is located close to the mouth of the Bushman’s River, in Kenton-On-Sea, and fishing here is known to be particularly fruitful at low tides - with reports of two dozen species of fish, including several types of shark, being caught at this location.

Schroda Dam, inside Mapungubwe National Park, is a relatively unremarkable reservoir built in the 90s. But in 2003 it was stocked with tiger fish as a way of preserving the fish once found in abundance in the Limpopo River. 10 years later, the reservoir made international headlines when scientists filmed a tiger fish catching a swallow in mid flight. It’s now possible to fish for these tigers in the Schroda Dam, strictly on a catch and release basis only. In the northern reaches of Limpopo, just outside the town of Musina, is Maswiri Dam. It’s well known by fishers in the region for its giant bass and bream populations. It forms part of the Maswiri Safaris Nature Reserve, so is carefully managed to ensure it is always very well stocked with fish. The reserve is also a popular hunting destination, now also permitted under Level 3 restrictions - but if you prefer your wildlife alive, the surrounding nature reserve offers more traditional game viewing opportunities. Mpumalanga’s Highlands Meander, a scenic route that connects several popular Lowveld towns, is considered by many to be the epicentre of fly fishing in South Africa. There are several secluded and scenically spectacular spots to explore along the approximately 4.5 hour drive, but the town of Dullstroom consistently ranks as the best starting point for eager fishers. Winter, fortunately, is the best time to fish in Dullstroom - though keep in mind that in spite of its close proximity to Johannesburg, getting there still entails crossing a provincial boundary. Wag ’n Bietjie Ekoplaas is one of Free State’s most popular fly fishing destinations - famed for its two dozen kilometres of prime fishing water, which include rapids, pools, and open water, and  a healthy population of yellowfish that are more than up for the fight. It has a strict catch and release policy to ensure fish populations remain healthy.

The |Ai-|Ais/Richtersveld Transfrontier Park is fast becoming one of the most sought after destinations for fly fishing in South Africa. The rugged landscape is impressive enough on its own account, but the Orange River that flows through it presents plenty of superb fishing opportunities.

Most who fish in the park stay overnight in one of the riverside campsites, which are off limits under current lockdown conditions, but you can expect them to fill up with fly fishers looking to snatch a feisty small or large mouth yellowfish from the river as soon as it’s allowed.

Giant’s Cup Wilderness Reserve is the self-proclaimed premier wild-trout fly fishing destination in Southern Africa - but it’s a sentiment widely echoed by keen fishers. It’s the only lake in South Africa that has a self-sustaining wild trout population, and together with the other additions (beautiful scenery, and prolific plant, bird and animal life), it makes for an agreeable day out regardless of propensity for the sport.

Pongolapoort Dam, more commonly known as Lake Jozini, is another KwaZulu-Natal fishing gem, best known for its tiger fish population. But there are at least two dozen fish species on offer in the dam that, together with its tigers, and stunning location, makes it one of the most popular fishing spots in the country.

There’s a host of accommodation close to the dam and in nearby towns, but with those off limits for now, a road trip of at least 4.5 hours from Durban is your only real option to get to the famed tiger fish of the region. Given the opportunity, most fishers in Gauteng get their fix of the open waters outside of the province.

But with lockdown restrictions still prohibiting inter-provincial leisure travel, you’ll have to look inwards for now. Aside from a few popular locations along the Vaal Dam, most fishers head to one of the province’s numerous trout farms, where there are possibilities of catching reasonably sized trout, yellowfish or carp.

Two of the most popular farms are towards the Cradle of Humankind - where Brookwood Trout Farm and Bergsig Trout Farm offer enough nature to feel like it’s an escape from the city. And when leisure stays and camping reopens, both farms also offer various forms of overnight accommodation.

Related Links
28 ways to leave home without actually leaving the couch
STUNNING PICTURES: Lions sleep on empty Kruger Park roads
A cougar hugging its mother made for one of the best travel photos of the year
Next on Business Insider
TAKE A LOOK | Limpopo's getting a new 120-room hotel that's scheduled to open next year