Prince Andrew is interviewed by the BBC's Emily Maitlis about his relationship with Jeffrey Epstein.
Youtube/Newsnight

Ever since his car-crash interview last month, there has been mounting pressure for the UK's Prince Andrew to speak to US investigators about his friendship with deceased sex offender Jeffrey Epstein.

The prince seems to be warming to the idea of sitting down with US investigators to talk about his relationship with Epstein, which he admitted last month was "ill-judged."

In his BBC interview, he said if his lawyers signed off on talking with American authorities, he "would be duty-bound to do so." And when he announced he was stepping back from public life last month, he said he would be "willing to help any appropriate law enforcement agency with their investigations, if required."

But just how such a talk would go down remains up in the air. Insider spoke to three legal experts with experience in federal and sex abuse cases, who gave insight into the the likelihood of an Andrew interview, the conditions that could be set, and the possibility that he could become a target of the investigation.

Prosecutors and investigators will likely want to talk to Prince Andrew Though Prince Andrew hasn't given too many details about what he witnessed during his friendship with Epstein - and he claims to have had no direct knowledge of illicit activities - investigators will still likely want to interview him, lawyer Dominique Penson told Insider.

Penson - a partner at Barasch, McGarry, Salzman & Penson - has represented sexual abuse victims in the past, in cases involving the Catholic Church and Jehovah's Witnesses.

"I'm sure they would be interested in talking to him, because he was apparently close to Epstein on a number of occasions, and then of course everybody now knows the allegations made by Ms. Giuffre," Penson said, referring to Virginia Giuffre (née Roberts), who said Epstein paid her to have sex with the prince when she was 17 (the prince has said he has no recollection of ever meeting Giuffre).

Penson added: "If true, he had a close inside look into Epstein's sex-trafficking operation."

Since Epstein died in jail before facing trial, justice for the dozens of women who accused him of molesting, assaulting, or trafficking them has been in limbo. Prosecutors could turn their attention to Epstein's possible co-conspirators, which Giuffre has alleged includes Prince Andrew and Ghislaine Maxwell, Epstein's one-time girlfriend and alleged madame.

Juliet Sorensen, a former federal prosecutor who now teaches public corruption and criminal law at Northwestern University's Pritzker School of Law, told Insider there's a good chance that Prince Andrew will speak to US investigators so that he can repair his tarnished reputation.

The media's reaction to Andrew's BBC interview about his relationship with Epstein was widely panned, with many criticizing the prince for failing to show regret about the friendship or sympathy for the victims. Shortly after the interview, he announced that he would be taking a step back from public duties.

Speaking to investigators could be a step toward changing the public perception of him and returning to royal work.

When asked whether it was likely that Andrew would agree to speak to US officials, or if he was just trying to get brownie points by offering, Sorensen said "it's probably both."

"That is to say, he's probably received the advice that it's going to make him look better if he agreed to speak. It appears that the scrutiny of him and the pressure on him is increasing," Sorensen said. Prince Andrew and Epstein are seen at the Royal Ascot in 2000.
Tim Graham Photo Library via Getty Images

He might not have a choice whether to cooperate or not

But whether or not he talks to American investigators could be out of Prince Andrew's control.

Since both the US and UK are members of The Hague Convention, international law could come into play, Penson said. If prosecutors were proactive, they could file a request through The Hague, compelling Andrew to testify in the case.

The same goes for Epstein's victims - if they want Andrew's testimony badly enough or named him as a defendant, he could be compelled to testify.

Faced with the possibility that he could be forced to talk anyway, his recent offers to talk may have just been a move to get him some good PR, Penson said. 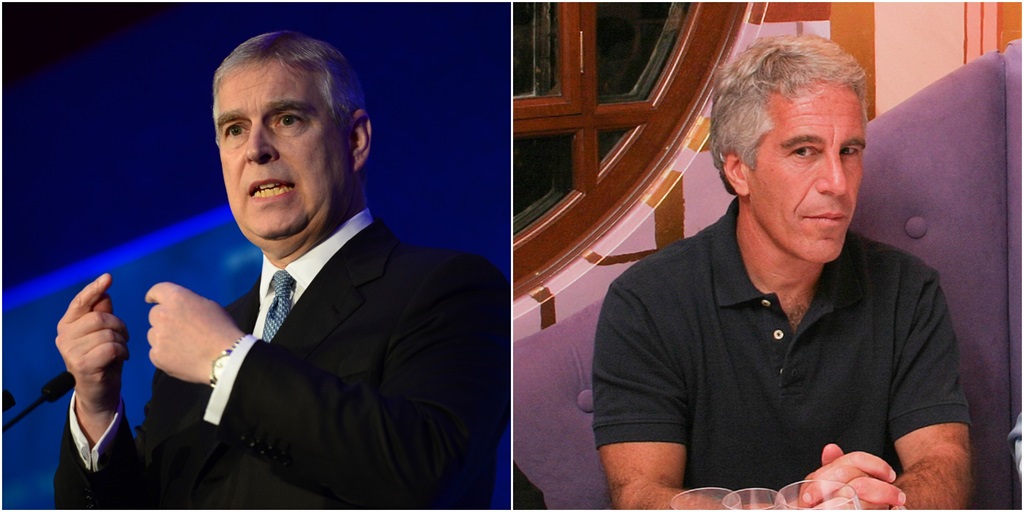 If an interview were to happen, it would likely take place in the UK

Volunteering to sit down for an interview would also give Prince Andrew more power in setting the terms of the talk, Penson said.

Sorensen said that if she were the prince's lawyer, she would demand that the talk happen in the UK.

"Prince Andrew is not going to travel to the US and face the possibility of either exposure to US journalists or some type of arrest warrant that can only be effectuated if he comes to US soil," she said.

However, she said being arrested in the US is still highly unlikely for Andrew, since he's the son of Queen Elizabeth II.

While the Queen is the only member of the royal family who has diplomatic immunity (called "sovereign immunity"), her son's royal pedigree certainly complicates matters.

If US officials obtain evidence that Prince Andrew committed a crime in the course of their investigation, they can demand his extradition to the US to face trial.

The extradition treaty between the US and UK works like this: If the US government wants to prosecute a British national for a crime, that act must also be a crime in the UK. Ultimately, it's up to a British judge whether to sign off on the extradition order, have the suspect arrested, and sent to the US.

But Sorensen says it's unlikely that American investigators would ever demand the prince's extradition because it could harm diplomatic relations between the two countries.

"I think that's totally unlikely because the US has other fish to fry, and has intimate relations with the United Kingdom that arresting a member of the royal family would jeopardize," Sorensen said.

The fact that Andrew is a prince also means that decisions about his involvement in the case will be decided at the highest levels in the Department of Justice, University of Chicago law professor Sharon Fairley said.

"There's going to be a whole heck of a lot of scrutiny and hoops that are going to be jumped through to compel him to testify or charge him, if that is even possible under international law," Fairley, a former federal prosecutor, told Insider.

She continued: "Certainly those decisions are going to be made by the highest levels at the Department of Justice because of the political implications. That's a pretty serious matter when you're bringing in someone of that stature. I imagine that's going to be really discussed all the way up to the top."

Prosecutors only give out immunity when they know that a witness has information that they won't be able to win their trial without, Fairley said.

"I think that's what prosecutors are probably trying to figure out right now - what information he could potentially have that would inform their case," she said.

Even if they decide to offer immunity, Fairley said full immunity is rare. Prince Andrew (second left) and Epstein (right) share a laugh at Mar-a-Lago in 2000, with Melania Trump on the far left.
Davidoff Studios/Getty Images

"Sometimes what you'll have is what's called a 'proffer discussion.' And that's where anything that a witness says in the context of a proffer interview cannot be used against them in a criminal trial," Fairley said, adding that what they say must be truthful in order to count.

Interestingly, this tactic is also called getting to be "Queen for a day."

(Fairley said it's important to note that the government can still use the information that they get in a proffer interview to develop leads in a case that could potentially uncover other evidence that might be used against the witness.)

Penson said prosecutors could also offer to keep Andrew's testimony under seal, or protect him from being served with a lawsuit if he comes to the US for the talk.

The former is less likely though, due to the public interest in the case, Penson said.

Prince Andrew's connection to the Epstein affair is Giuffre's allegation that Epstein paid her to sleep with the prince twice, when she was a minor (again, Andrew denies having met her). Prince Andrew and Virginia Roberts Giuffre, along with Ghislaine Maxwell. This photo was included in an affidavit in which Giuffre alleged Prince Andrew directed her to have sex with him.
Florida Southern District Court

Though Giuffre alleges that sex acts with Andrew date back to 2001, there is no statute of limitations on the federal level when it comes to participating in the sex trafficking of a minor, so Andrew could technically still be charged if investigators find evidence to back up her claim.

But the language of the law provides him an out. The law says it's a federal offense "to knowingly recruit, entice, harbor, transport, provide, obtain, or maintain a minor (defined as someone under 18 years of age) knowing or in reckless disregard of the fact that the victim is a minor and would be caused in engage in a commercial sex act."

In other words, if Andrew can prove he didn't know Epstein was paying Giuffre to sleep with him (if her allegation as such is true), then he wouldn't be guilty of sex trafficking.

But there are still a lot of unknowns in the case.

As his involvement with Epstein has been described currently, Penson thinks the main thing weighing on Andrew is how doing or not doing an interview would impact his public perception.

"My guess is that his concerns are far more about public relations that they are about the legal process," Penson said.

Both the US Attorney's Office for the Southern District of New York and representatives for Prince Andrew declined to comment for this story.

Related Links
Prince Andrew tried to discredit the Jeffrey Epstein victim who says she had sex with the Duke of...
Watch the disastrous interview Prince Andrew gave about his connection to Epstein and see why the...
Photo shows Jeffrey Epstein went to royal party dressed as a Navy SEAL
Next on Business Insider
Govt plans to celebrate hitting a 50% vaccine rate – 16 months after setting a 67% target