Life onboard the last cruise ship on the ocean, which was described as a 'virus-free bubble' 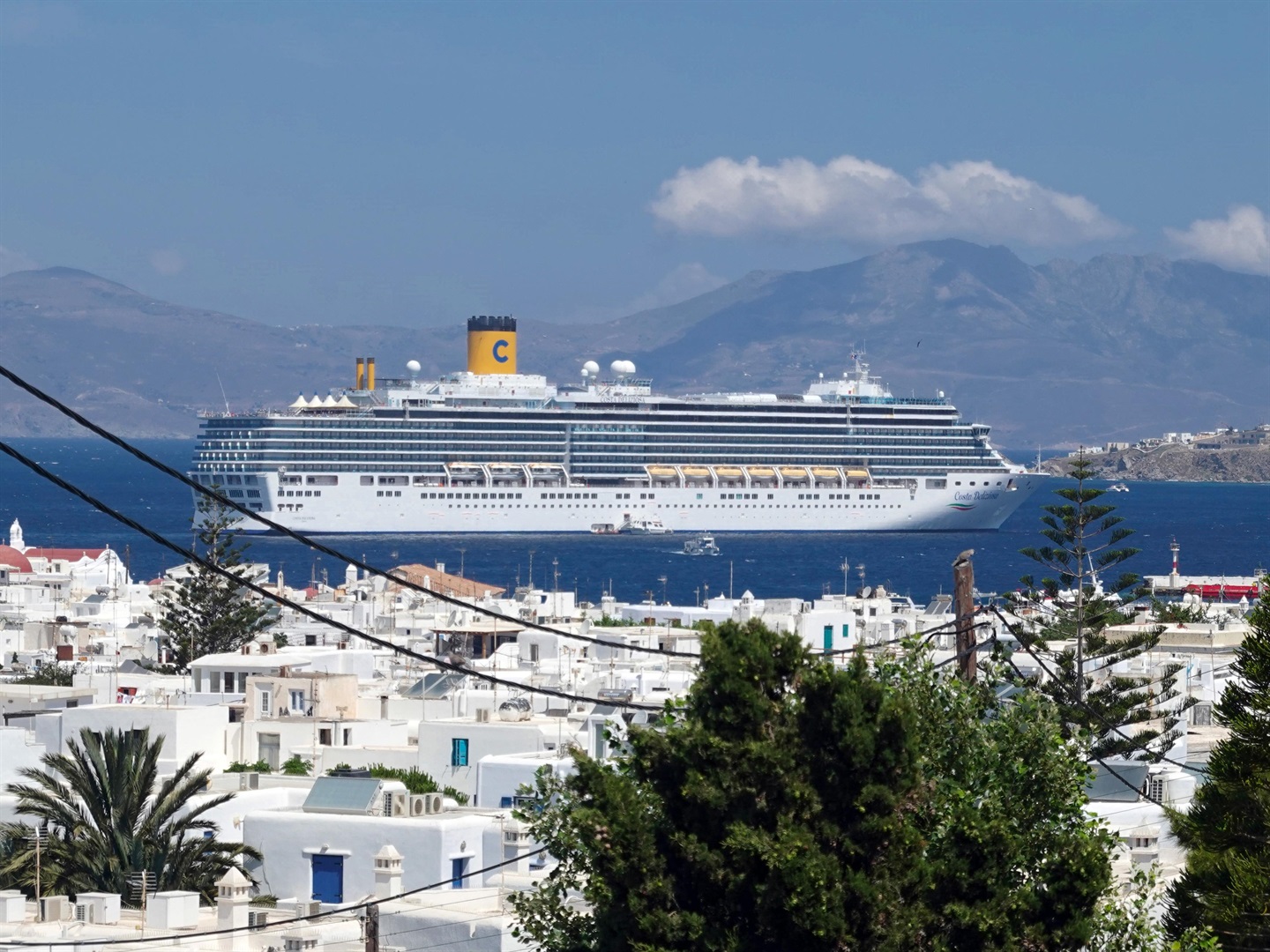 The Costa Deliziosa in Mykonos, Greece, in June 2019.
picture alliance/Getty

The last cruise ship on the ocean officially docked on April 22, 2020.

Described as a "virus-free bubble," the Costa Deliziosa set sail pre-pandemic. It left Venice, Italy, on January 5 to embark on a 113-day around-the-world trip that was meant to return to Venice on April 26.

Onboard were around 2,000 passengers and almost 900 crew members. And while cruise ships have gotten a bad rap amid the coronavirus pandemic, this one was described as "one of the safest places on Earth."

It was "the last major passenger vessel on any sea anywhere in the world to make final landfall with passengers after completing a voyage," according to the Daily Beast.

Initially, all was well aboard the Costa Deliziosa The coronavirus mostly affected the third leg of the trip.
Lutz Bongarts/Getty Images

When the Costa Deliziosa set sail, the coronavirus was not yet officially a pandemic. At the time, the World Health Organization had only tweeted about 59 cases of pneumonia in Wuhan, China: There had been no deaths yet.

"Since we left, on 5 January in Venice, the world has completely changed, "Nicolò Alba, captain of the Costa Deliziosa, told CNN. "It was a strange situation because we practically saw the world closing down, with the various ports and countries that no longer allowed the arrival of people from outside," he said.

The ship made its way across the Mediterranean, stopping at ports from Marseille, France, to Barcelona, Spain, then hit the Caribbean, followed by South America and the Pacific. Guests posted smiling cruise ship pictures on Facebook and Instagram, unaware of the severity of what was unfolding on land.

"We followed the situation on television, on the news, but the impact on arrival is tremendous. We were in a paradise and we saw that the world was turning into a hell," passenger Carlos Paya, who was on board with his wife, told AFP news agency when he arrived in Barcelona, according to the Daily Beast.

Cristiano Zago Xavier, an entertainer onboard the Costa Deliziosa, told Insider that the coronavirus only impacted the third leg of the cruise, which had stops in Japan, Korea, Taiwan, and Hong Kong planned. Instead, they visited the Maldives, Seychelles, and Mauritius.

"Almost all new ports for me," Texan passenger Dana Lindberg wrote on Facebook on February 22, adding "I absolutely do not want to be quarantined in an inside cabin... I hope the new cases start drastically going down."

On March 13, the Cruise Lines International Association, which oversees most major cruise companies, suspended cruise operations. Most big ships started aborting their voyages to try to get their passengers home. The Costa Deliziosa was in Australia at the time.

To ensure the safety of its passengers, the Costa Deliziosa decided on March 14 to make stops only for technical calls and refueling, and often while remaining offshore. "It was a right choice, because in the end the ship proved to be the safest place to be for them," Captain Alba told CNN.

In the last five weeks, the ship sailed the oceans with virtually no human contact outside of the ship.

Some passengers, however, decided to quit the cruise early and disembark in Fremantle, Australia, on March 16. Those that booked flights home from Fremantle were taken straight to the airport.

Conny Seidler, a dancer and entertainer on the ship, told CNN, "It didn't hit anyone on the ship how bad [the situation] was until Fremantle."

Xavier said that as news of the coronavirus started spreading aboard the ship, he kept telling passengers what he still believes to be true: "Costa Cruises is always committed to safety. We are safer in here than outside."

Paya told AP that being in the safety of the ship as the pandemic ravaged the rest of the world "was not surreal, it was incredible."

"The news that was arriving from home was causing us all a lot of worry and grief," the Spanish citizen added. "For us, it was a stroke of good luck to be where we were."

Xavier said that because safety is the ship's priority, it essentially cut off contact with the outside world by avoiding stops. Onboard, the crew began implementing fever checks and enforcing social distance between guests. As a ship under the Italian flag, the AP notes that it followed Italian guidelines for social distancing.

While many cruise ships had to quarantine, since there were no cases of Covid-19 on board, Xavier says that passengers enjoyed high-end dining, music, theater shows, bars, and onboard activities as usual "while almost no people in the world could do the same."

However, passengers were forced to remain in their cabins for about 36 hours after one guest left the ship in Sicily for health reasons, but were again able to roam the ship freely when that person tested negative for Covid-19.

"I imagine that is safe to say that inside the ship we were much safer and isolated from all this than everyone else. This group of people spent almost four months with us. And even with all this, we had a wonderful experience," Xavier said, even though passengers were essentially stuck onboard without port calls for five full weeks.

Passenger Andy Gerber agreed, telling the BBC that: "There is still plenty to do if you want. Gym, games, shows, dance classes… We have two pools and perfect weather, plenty to eat and drink, and we have made a lot of friends - especially during all these sea days."

"I think what helped, in a sad way, was that we saw what was happening outside, and we realized how lucky we are," Seidler told CNN. "People were locked down in their apartments and their houses, while we were locked down in a big ship. So, I still had the option to go upstairs and eat a pizza, or perform on the stage, or go to the crew bar and have a drink with my friend." Despite being at sea for five weeks, life on board remained relatively normal.
Costa Cruises

Almost 15 weeks into its journey, the ship finally docked

It made its first stop in Barcelona, Spain, where, according to the cruise company Spanish and Portuguese guests disembarked.

The ship then headed to Genoa, Italy, its final destination, where the rest of the passengers got off on April 22. While they had hoped to drop off French passengers in France, the country would not allow them to make a port call, the cruise company said, adding that they had "organized transportation from Genoa to the various countries of residence."

"I am proud of being a small part of this. We worked very hard to keep our guests first of all protected, but also entertained and happy," Xavier told Insider.

After months of self-isolation and relative safety aboard the ship, passengers and crew must now all return to a world that has turned upside down from when they last set foot on solid ground, facing a new normal of masks, social distancing, and lockdowns.