Claims of 'US variant' of the coronavirus baseless, says CDC Vice President Mike Pence speaks during a briefing on the Trump administration's coronavirus response in the press briefing room of the White House.
Tasos Katopodis/Getty

The White House coronavirus task force sent states a report on Sunday warning that there might be a "USA variant" of the coronavirus. The variant could be fueling the unprecedented number of coronavirus cases and deaths in US, the report said, according mediaoutlets that obtained the document.

The report suggested this USA variant may be more transmissible than the original version of the virus that emerged in China, much like the new strains identified in the UK (B.1.1.7) and in South Africa (B.1.351).

But there is no scientific evidence yet that a more contagious version of the coronavirus has originated or started spreading in the US.

In a statement to Business Insider on Friday, the Centers for Disease Control and Prevention said: "To date, neither researchers nor analysts at CDC have seen the emergence of a particular variant in the United States as has been seen with the emergence of B.1.1.7 in the United Kingdom or B.1.351 in South Africa."

Human behaviour has a large effect on transmission rates The task force's report, according to CNBC, offered little information about how long the new US strain described might have been circulating, nor what mutations were included in its genetic profile.

Scott Gottlieb, a former commissioner of the Food and Drug Administration, told CNBC's Closing Bell that the task force's hypothesis about the existence of a USA variant is in part based on the fact that US and UK's pandemic growth curves are similar.

.@ScottGottliebMD, on @CNBCClosingBell now, says right now the supposition about a USA variant appears to be based on the fact that US (left, red line) and UK curves are similar: pic.twitter.com/atPmetmMtm

According to CNN, the task force's report said: "This fall/winter surge has been at nearly twice the rate of rise of cases as the spring and summer surges. This acceleration suggests there may be a USA variant that has evolved here, in addition to the UK variant that is already spreading in our communities."

Given the lack of evidence the task force provided, frustrated officials at the CDC tried to get the statements about the suspected variant removed from the recent report, but they were unsuccessful, according to the New York Times.

Even in the UK, the variant is not the only reason for the steep rise in cases.

"Human behavior has a very large effect on transmission - probably much larger than any biological differences in SARS-CoV-2 variants," Paul Bieniasz, a virologist at the Howard Hughes Medical Institute, previously told Business Insider.

The variant reported in the UK does have an increased reproductive, or R0, value - the average number of people one sick person infects. The number is 1.5 rather than 1.1, the World Health Organization announced in December, which means that 100 sick people will infect another 150, not 110, on average.

But mitigation measures like social distancing and masking play a big role in how much the virus spreads, regardless of its genetic mutations.

Read More : Young, healthy people have figured out a loophole to get the COVID vaccine without skipping the line

The US isn't sequencing enough genomes to spot new variants

To monitor the many versions of the coronavirus circulating worldwide - each separated by a handful of tiny changes in its genome - researchers genetically sequence samples of the virus and track the changes over time. UK researchers first pinpointed B.1.1.7 this way in mid-September. 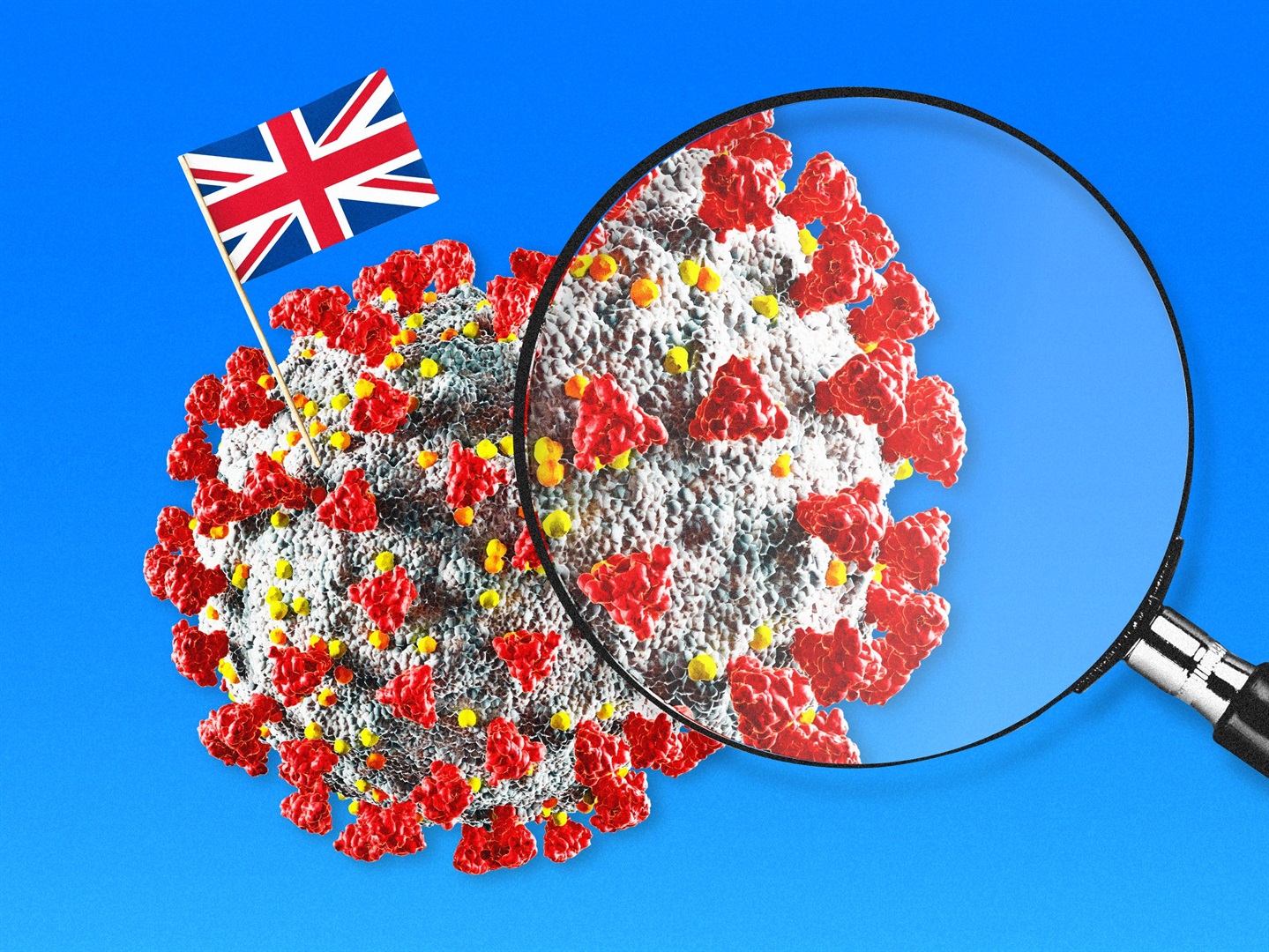 Samantha Lee/Business Insider
That's likely the reason the US missed the UK strain's introduction, and also why it would be difficult to identify a new USA variant. The US didn't report its first case involving B.1.1.7 until December 29. That was at least three weeks after the strain entered the country, according to Charles Chiu, an infectious-disease expert at the University of California, San Francisco.

So far, more than 50 B.1.1.7 cases have been confirmed across six states, and all but one of those people had no travel history, suggesting the strain has been spreading silently for some time.

"It's very likely that it's in every state," Chiu previously told Business Insider.

Even if a possible new USA variant were indeed responsible for an uptick in cases, pinpointing a connection could take months.

Dr. Peter Hotez, a vaccine scientist at Baylor College of Medicine in Texas, said in a tweet on Thursday that "there are likely similar homegrown variants in US as well, it's just that no one is looking."

"Like everything else in our national public health response, we've come up small on virus genomic sequencing," he added.