Coronavirus: Spain, Denmark, Italy and Austria are lifting their restrictions 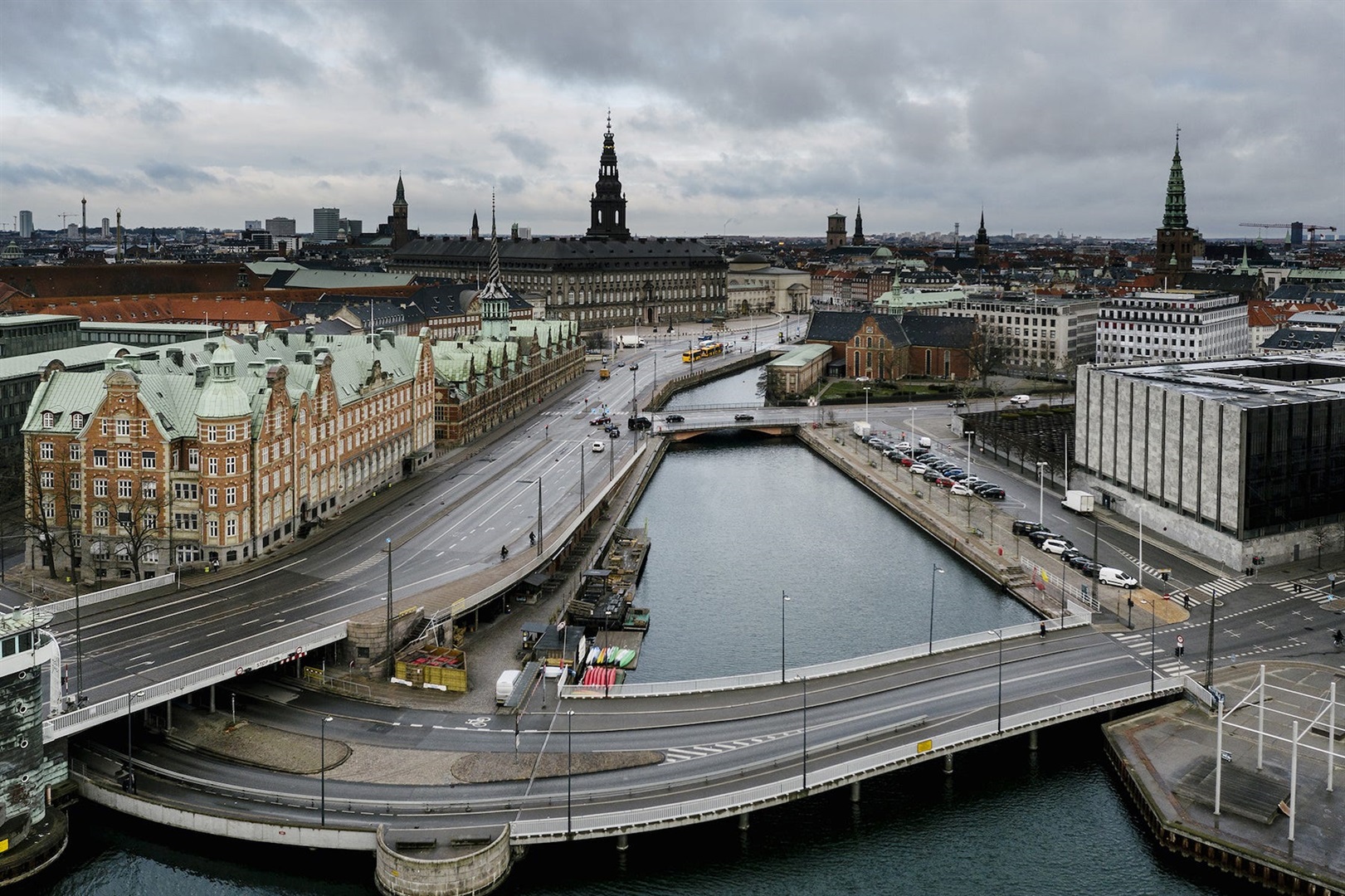 An aerial photo of the Danish Parliament area in Copenhagen during rush hour on April 1, 2020.
Rasmus Degnbol/Anadolu Agency via Getty Images

Six European countries are starting to lift some of their coronavirus restrictions as the number of new infections and deaths start to fall, even though they have had wildly different results in their attempts to tackle the pandemic.

Italy, which has seen one of the world's worst outbreaks so far, is allowing some businesses, like bookshops, to reopen from Tuesday. More than 20,000 people have died in the country after it was the first European country to see a mass outbreak.

Italy's number of new daily cases are now at over 3,000, having reached more than 6,000 a day earlier in its outbreak. And the number of new deaths recorded in a day is typically now at more than 500 a day, while it recorded 919 a day at its peak.

And in Spain, hundreds of thousands of workers are returning to work this week after the country allowed some non-essential workers who cannot work from home - like those in construction - to return to their jobs.

Spain has been one of the world's most-affected countries, with more than 170,000 cases and 17,700 deaths reported. Both of these figures are the second highest in the world.

The country's number of daily cases and deaths have since fallen from their peak. New cases frequently reached over 7,000 a day in late March and early April, and on April 3, the country recorded 961 new deaths within 24 hours.

Those numbers have now fallen to more than 3,000 news cases a day, and more than 500 deaths a day.

Italy and Spain know they can't fully reopen yet

Despite the decrease in new infections and deaths, Italy and Spain still acknowledge that their outbreaks are far from over.

The number of new daily infections and deaths both countries are currently recording is still significantly higher than many other European countries that have started to reopen, as well as a number of countries that are not yet lifting restrictions.

Italy and Spain are keeping most of their restrictions in place, and Spain is handing out free face masks on public transport. Meanwhile, Italy's worst-hit regions, like Lombardy, are not allowing any restrictions to be lifted yet.

Regional leaders in both countries have also echoed the World Health Organization's warnings that reopening countries too soon could cause cases and deaths to spike.

Denmark is set to reopen schools and daycare centers on Wednesday, though Prime Minister Mette Frederiksen warned that the country can't reopen too quickly.

Austria has allowed thousands of small shops to reopen from Tuesday while it keeps strict social-distancing rules in place, and plans to open larger shops later.

Austrian Chancellor Sebastian Kurz said in an open letter on Saturday that he wanted to "come out of this crisis as quickly as possible and fight for every job in Austria."

And the Czech Republic, which has seen over 6,000 cases and 147 deaths, has lifted some restrictions on exercise, opened some sports facilities, and plans to reopen some shops this week.

Meanwhile Poland, which has reported over 7,000 cases and 251 deaths, is set to reopen some shops from April 19.

The countries were all among the first nations to implement lockdown measures, and appear to have avoided an overwhelming outbreak as a result.

As countries debate when to start lifting restrictions, experts warn that doing so too early could cause cases and deaths to spike, and prompt a second wave of the outbreak.

Dr. Tedros Adhanom Ghebreyesus, head of the World Health Organization, said last week that there had been a "welcome slowing" of the outbreak in some European countries, but warned that "lifting restrictions too quickly could lead to a deadly resurgence."

And some places that had seemed to control their outbreaks later reported surges, and introduced more restrictions as a result. Japan's Hokkaido island just reimposed restrictions that it had lifted in March as cases again began to resurge.

Many European countries also say they are not yet considering changing any of their measures. They include some the world's worst-affected countries, as well as those that have not seen mass outbreaks.

The UK, which has reported more than 11,000 deaths, says the lockdown will remain in place as the virus has not yet reached its peak in the country. And France, which has almost 15,000 deaths, extended its lockdown into May.

Meanwhile Ireland and Portugal, both of which implemented restrictions early and have not yet seen mass outbreaks, also extended their lockdowns and said they are not ready to change their restrictions. Both countries have fewer than 500 deaths.

Irish Taoiseach Leo Varadkar said that lifting restrictions is "not an experiment we are willing to take as yet, but as is often the case with this virus, other countries that are hit first and hit harder at least allow us some guidance."

Germany, which has more than 130,000 cases and 3,194 deaths, is set to hold government talks about how the country can leave its lockdown.