No kissing allowed: Photos show how sex workers in Amsterdam's red-light district are adapting to the coronavirus pandemic A worker cleaning a sex worker's room in Amsterdam, The Netherlands on June 30, 2020.

Amsterdam's famous red-light district has reopened its doors to customers again, months after it had to be shut down due to the coronavirus outbreak

Brothels in The Netherlands were meant to stay closed until September, but officials brought the reopening date forward to July 1, after the country continued to see a drop in coronavirus cases.

Now, sex workers plan to put on their red lights as quickly as possible, although there will be added health measures in place to make sure their work remains safe.

From checking clients for coronavirus symptoms to not allowing face-to-face contact, these photos show how Amsterdam's world-renown red-light district is reopening in the middle of a worldwide pandemic.

Like most places around the world, Amsterdam's red-light district came to a grinding halt earlier this year due to the coronavirus pandemic. Prostitution was made legal in The Netherlands in 2000 and typically the red-light district sees more than 1,000 tourists each week, according to the New York Times.

But as The Netherlands continues to see a decline in Covid-19 cases, sex workers have officially been allowed to resume their profession. The announcement came much earlier than expected. Brothels in The Netherlands were meant to stay closed until September, but officials brought the reopening date forward to July 1.

"During the lockdown, a lot of sex workers ran into financial trouble so we're very happy that we can finally start our job again," Felicia Anna, the chairwoman of the Red Light United trade union, told the Guardian.

Like all businesses, sex workers have been encouraged to implement stringent health measures to make sure their occupation remains safe and hygienic. Virus-prevention measures include checking clients for symptoms before letting them through a window... ...and disinfecting anything a customer might have touched after every appointment. For many sex workers, these changes are not too difficult to implement, considering they already have basic hygienic protocols in place.

"We are, of course, used to taking care of hygiene," Janet van der Berg of the Prostitution Information Center told the Associated Press (AP).

Another sex worker told the Guardian: "We already dealt with much bigger diseases than corona."

Sex workers are not required to wear a face mask, but many have already said they will try to avoid face-to-face contact as much as possible One sex worker told the Guardian: "We don't need to wear any face masks during the playdates, thank God", adding that there will still be "no kissing" allowed from her clients.

The sex workers are worried that the halt in global tourism will affect their business. But photos of the district on the day it reopened showed the streets of the red-light district were bustling. "I've heard that they're busy. I think there's a party atmosphere," a spokesperson for the Prostitution Information Center in Amsterdam told the Associated Press. 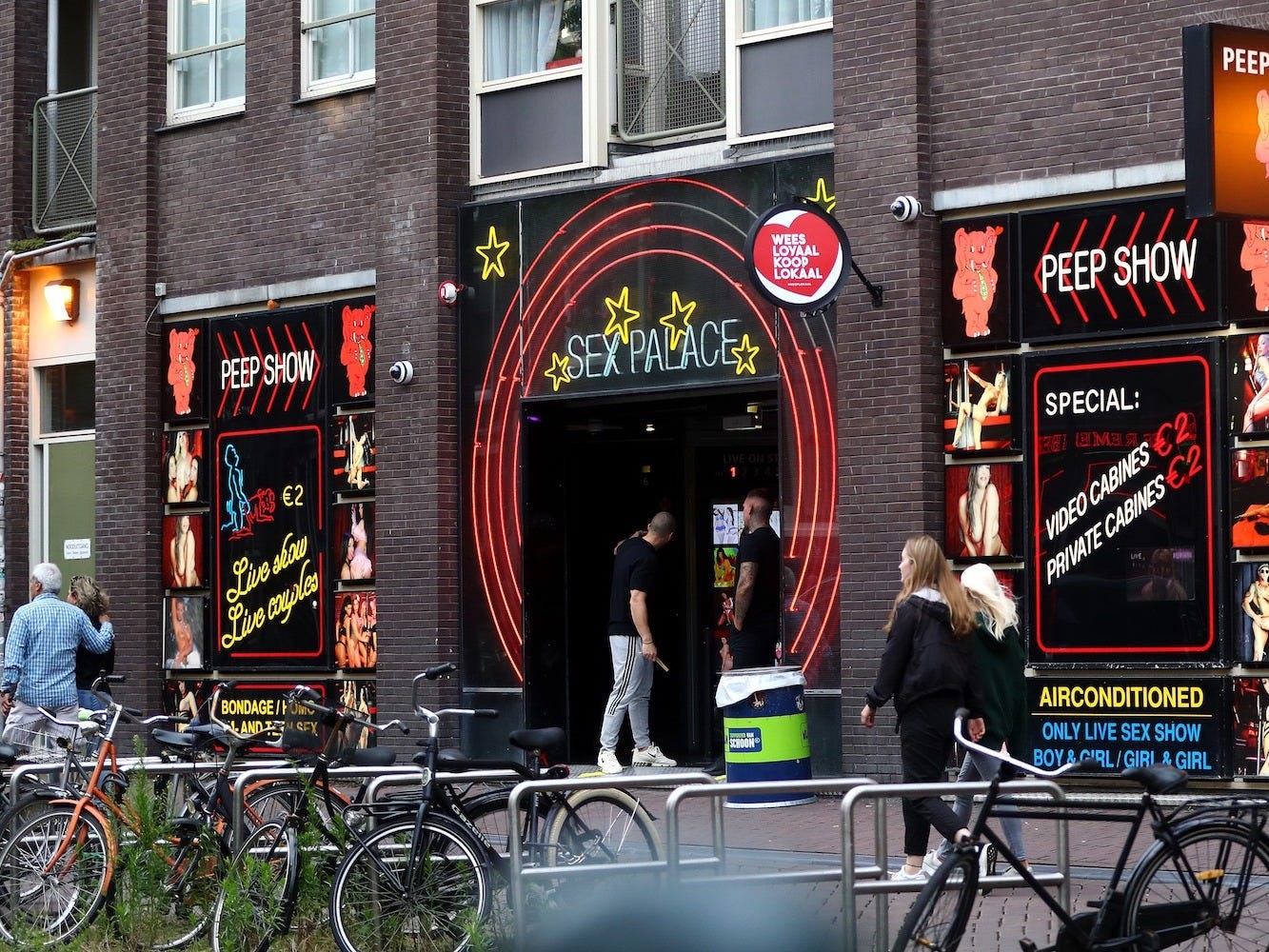