New York state is experiencing a dramatic rise in coronavirus hospitalisations, which are up 97% from September 1.

On Sunday, 878 people in the state were reported as being currently hospitalised, compared to 445 on September 1, according to state data. The 97% increase first reported by Syracuse.com.

The number of coronavirus deaths in New York remain low, however, with the state saying it had recorded 12 new deaths on Sunday. For comparison, statewide deaths reached a high of 799 at the virus' peak in the region in April.

The rise in hospitalizations is no doubt a concern for New Yorkers who weathered what was, at one point, the largest outbreak in the US.

But Gov. Andrew Cuomo sought to ease some of those concerns in a Monday conference call with reporters, blaming the hospitalisations on a select number of hotspots in the state. The governor blamed the increase in hospitalisations on coronavirus clusters throughout the state that public-health officials are monitoring.

These "red zone" areas — which include parts of Brooklyn and Queens, as well as Broome, Orange, and Rockland counties — have since Friday been under new lockdown regulations, which closed schools and nonessential businesses, and banned large gatherings and religious ceremonies over 10 people.

The move to limit religious gatherings has largely angered New York's Orthodox Jewish communities, which believe the state is infringing upon their rights to worship.

Last week, members of one such community started a bonfire in the middle of a Brooklyn street, where they burned face masks in protest of the new measures. 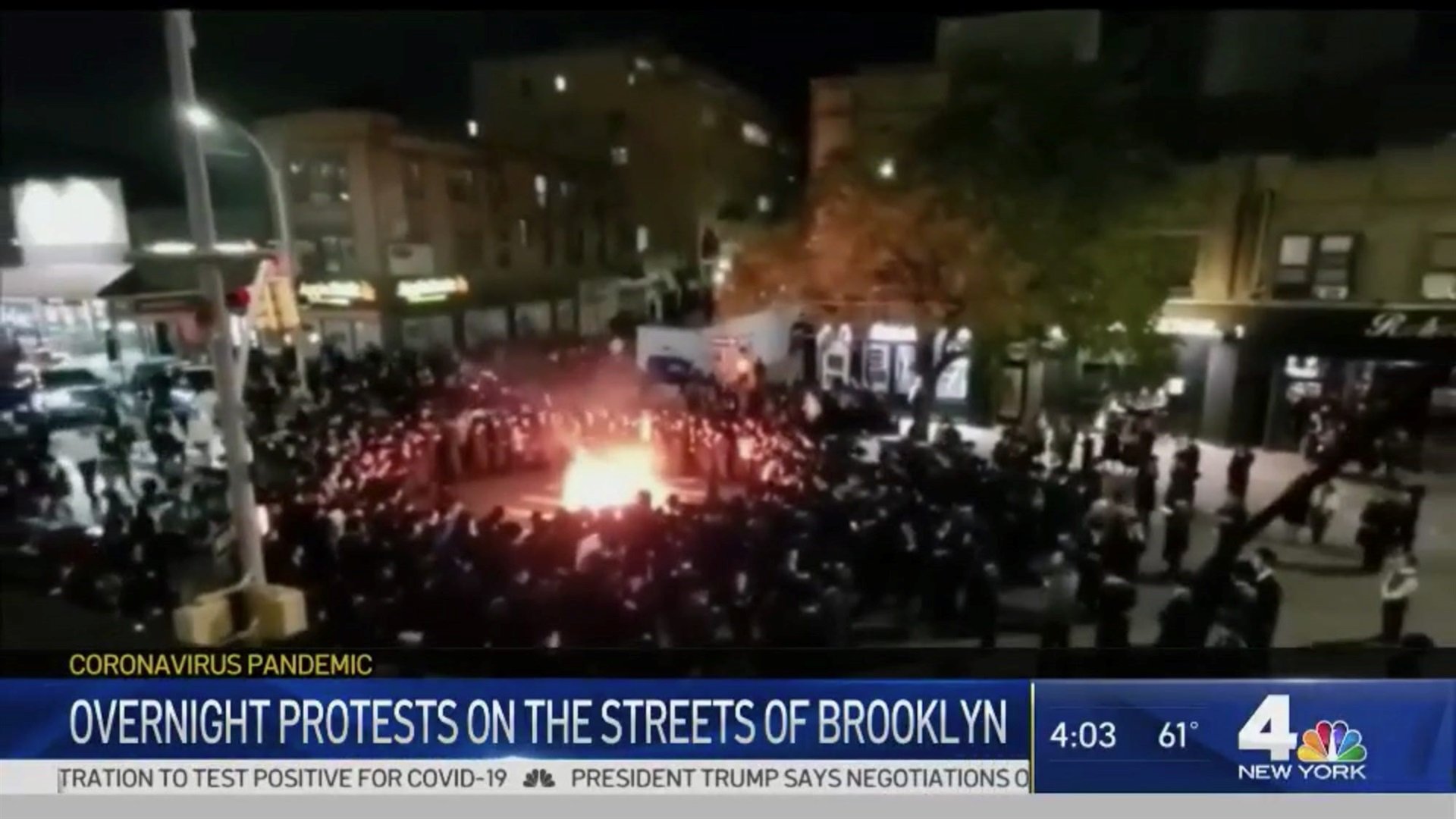 In a Sunday call with reporters, Cuomo said that the infections are predominantly coming from Jewish communities which have continued to hold large religious services, according to the Times Union.

"I understand the desire to hold large religious ceremonies," Cuomo said. "I understand how important it is to their culture and religion. I also understand that it, as a matter of fact, jeopardizes human life."