Global financial markets witnessed unparalleled events in the first three months of 2020, and these are far from over.

While the markets have seemed to recover their poise following extreme volatility in March, a senior official at the Bank of England penned his thoughts on what it was like to be involved in the crash in real time.

Andrew Hauser, the executive director for markets at the UK's central bank, said: "I want to give a bird's eye's view of what happened in those extraordinary weeks, and the steps we took - either in concert with others, or using our own balance sheet - to neutralise the sudden pre-lockdown 'dash for cash'."

We broke down some of Hauser's highlights from his speech on Thursday.

In the first week of March, employees at the Bank of England moved to full split-site working, which means staff working at back-up offices, to reduce the risk of Covid-19 transmissions.

In that same week, bank officials noticed a sharp intraday rise in US bond-yields amid a massive pick-up in market volumes, although markets had been underway in recent weeks on expectations of slower demand.

Financial transactions that would normally help US treasury bonds had gone into reverse, becoming "stress-amplifiers."

As markets began to price in news about the virus, and funds were forced to sell Treasuries to generate cash, it led to a classic 'doom loop' - a potential disaster for the markets.

Even the highest quality government assets were not good enough, Hauser said.

The so-called 'dash for cash,' he said, began to spread to every part of the financial markets. Just like companies faced evaporating revenues, market participants also needed cash. On 9 March - the day oil prices fell 30% and equities by 8% - the Bank of England received an email from the US Federal Reserve after 9 p.m London time that evening: "Could the dollar swap line central banks speak the following morning?" - the message asked.

The central bank liquidity swap aims to improve liquidity in international markets as global trade and investment rely on one another. A foreign central bank sells a specified amount of its own currency to the Federal Reserve, in exchange for dollars at the prevailing exchange rate.

Essentially, the 'dash for cash' had reached foreign markets. But central banks' will and capacity to meet that demand was increasingly hammered, thereby raising the cost of the local dollar relative to US onshore firms.

Days after the Fed's call, and as market conditions deteriorated, both sides agreed on a package of measures to mobilise swap lines, extend maturity, reduce the price, and increase frequency of operations.

When the pound sterling rate slid sharply lower on 18 March and reached levels against the dollar unseen since the mid 1980s, any hopes of staying reliant on US actions to stabilise a global market had disappeared, Hauser said.

Moving to the back-up plan

Gilts, or bonds issued by the UK government, are generally considered to be the safest sterling assets. Against a worsening economic outlook, and gilt market conditions falling, the Bank of England's chief decision makers voted to purchase an extra £200 billion (R4 trillion) worth of gilts and sterling corporate bonds to shore up markets.

Equal to about a tenth of the UK's GDP, the gilt purchase programme was the fastest ever launched and "more than twice as rapid as the opening salvo of purchases in 2009," Hauser said.

As demand for cash grew, but supply failed to meet it, sterling money markets saw a steep rise. A pickup in overnight repo rates, which signals a sign of dysfunction, became a challenge to keep rates broadly aligned to the bank rate.

The 'dash for cash' was just as prevalent in the corporate sector, with as real stakes. Normally-liquid companies feared losing access to finance as they still had to meet salary payments, rent and taxes, which meant they would have to eat into their cash buffers or begin winding up.

On 15 March, in the form of an urgent email, the central bank and Treasury agreed to launch a package of financial measures to aid struggling UK companies via a loan scheme supported by the UK government.

So far, over 140 companies have signed up for the scheme, and borrowed over £20 billion (R425 billion) in commercial paper.

At the height of the crisis, Hauser and the Debt Management Office (DMO) discussed the 'Ways & Means account' - the government's overdraft facility funded by creation of reserves.

Ways & Means rests at the very bottom of the hierarchy of tools that make up the government's borrowing needs. Gilts are the primary tool. W&M had not seen material usage in over a decade. But dysfunction in gilt markets and money market funds in March and early April called for an alternative.

An announcement on W&M temporary extension was released on April 9. 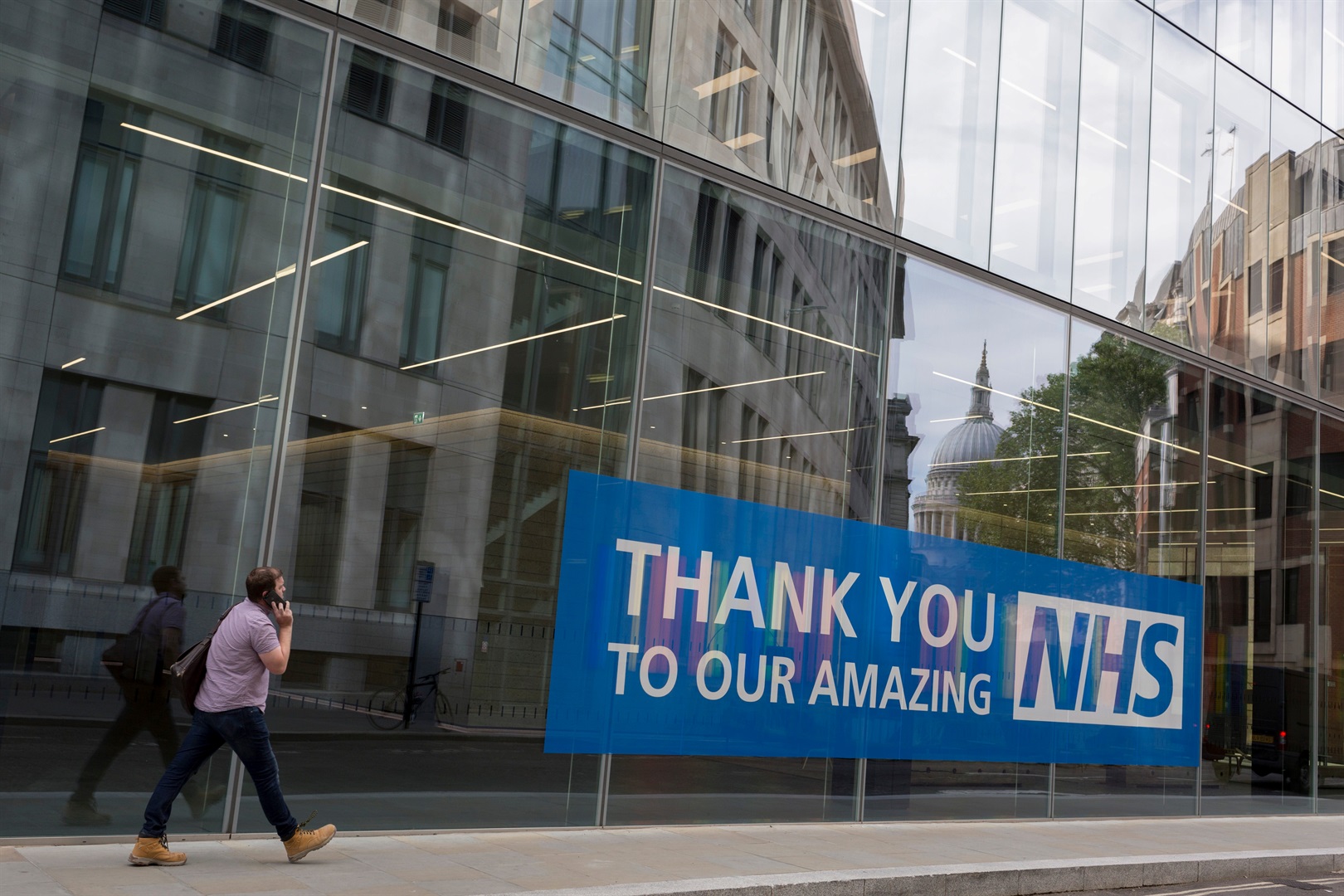 The central bank's balance sheet has expanded by almost a third in three months and will reach about 40% of the UK's annual GDP by mid-year. Unusually, all of it has been facilitated remotely.

"Hundreds of billions of pounds worth of operations delivered from peoples' bedrooms, attics and kitchens, whilst isolated on their own, or caring for children and other relatives," Hauser said.

While he acknowledged the challenges they faced were minor compared to healthcare professionals and other key workers at the frontline, Hauser said the experience was "profound" for an institution as traditional as the Bank of England.