Iran says it won't quarantine any towns or cities, despite recording the most coronavirus deaths outside of China 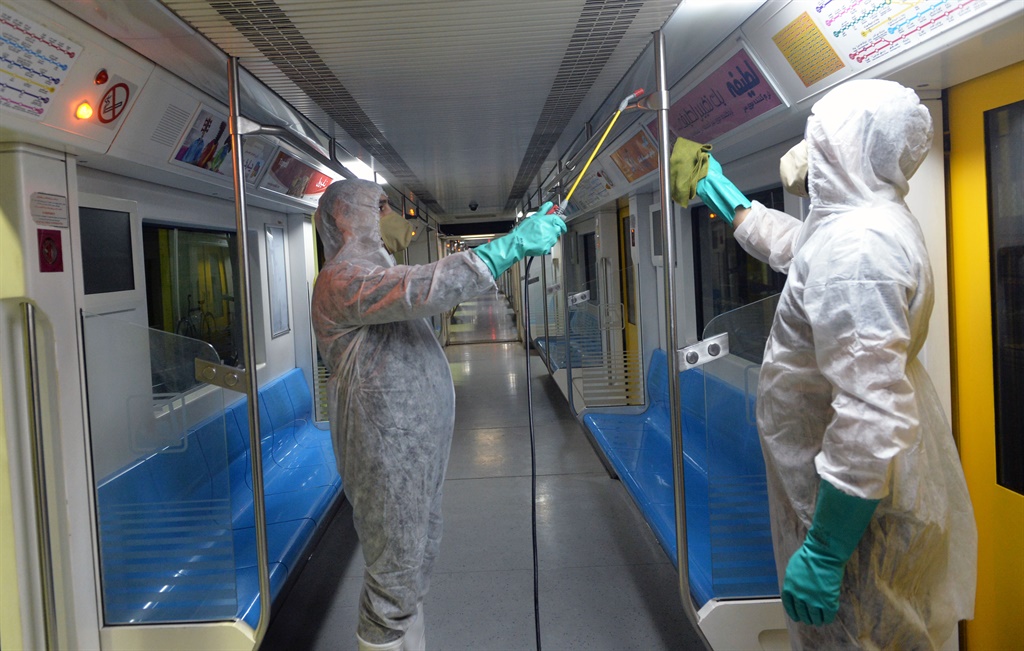 Officials carry out disinfection works at subway trains to prevent spreading the new type of coronavirus in the capital city Tehran, Iran on February 26, 2020. (Photo by Fatemeh Bahrami/Anadolu Agency via Getty Images)

Iran has refused to quarantine any cities, towns, or villages, despite recording more coronavirus deaths than any country besides China.

"We have no plan to quarantine any district or any city. We only quarantine individuals," Iran's president Hassan Rouhani said on Wednesday, according to BBC Monitoring.

"What is more important than the coronavirus is the virus of fear, anxiety and mistrust among the people. This virus is worse than that virus and we should not create doubts and make people fearful," he added.

Criticism of Iran's handling of the crisis has been extremely strong, with some accusing the government of a cover-up.

US Secretary of State Mike Pompeo on Tuesday said he was "deeply concerned" that Iran "may have suppressed vital details about the outbreak."

"All nations, including Iran, should tell the truth about the coronavirus and cooperate with international aid organisations," Pompeo said.

On Tuesday, Iran's deputy health minister, Iraj Harirchi, revealed that he had tested positive for the coronavirus. The day before, he was seen looking extremely unwell at a press conference.

The number of confirmed cases inside Iran is suspected to be far higher than authorities there are revealing.

The fatality rate in China, excluding Wuhan, is around 0.7%. Based on the ratio of confirmed cases to confirmed deaths, Iran likely has many hundreds more cases, Radio Farda reported.

Researchers from the University of Toronto also said it's possible as many as 18,000 Iranians are infected.

"Given the low volumes of air travel to countries with identified cases of COVID-19 with origin in Iran (such as Canada), it is likely that Iran is currently experiencing a COVID-19 epidemic of significant size for such exportations to be occurring," they said, referring to the official name for the coronavirus.

Iran said it had found the virus last Wednesday, on February 19. That same day authorities revealed two people had died.

The World Health Organisation said on Monday the situation in Iran is "deeply concerning."

Iran's supreme leader Ayatollah Khamenei said on Friday that the criticism is being used as "propaganda apparatus" against Iran. The ruling party also blamed a low turnout in Friday's parliamentary election on the virus.

Iran has made some efforts to counter the outbreak, though. On Sunday, authorities closed schools and universities across 14 provinces and dedicated 230 hospitals to fight the outbreak.

The coronavirus, which first broke out in the Chinese city of Wuhan last December, has killed at least 2,600 people, mostly in China.

It has since spread to at least 34 other countries, some of which have reported deaths of the virus.