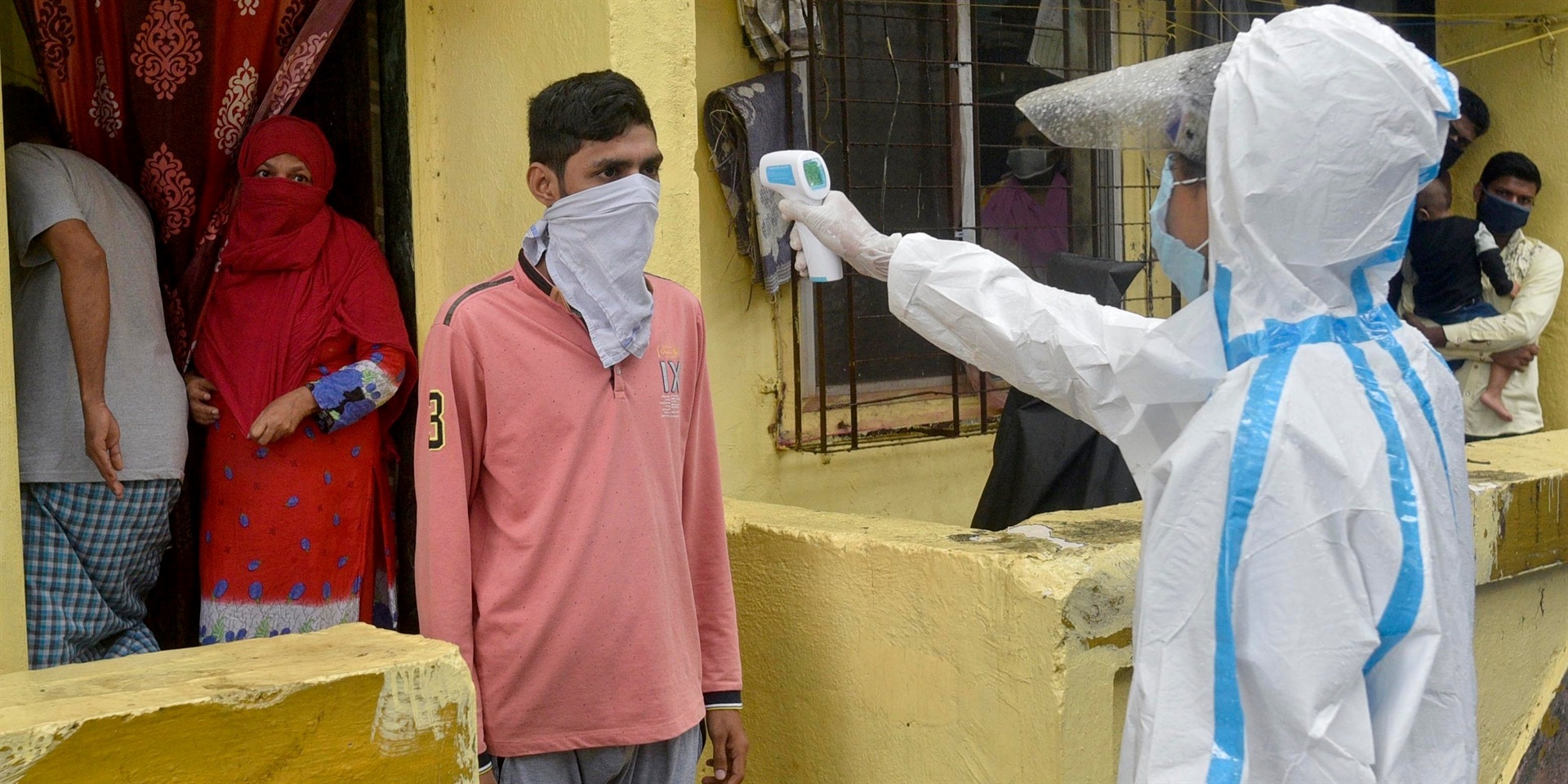 An Indian resident has his temperature checked by a health professional.
Satyabrata Tripathy/Hindustan Times/Getty

A similar surge was reported one day earlier, as 24,015 new cases were recorded on Saturday, according to Worldometer data. The new cases brought country ahead of Russia's 681,251 total cases and placed it third in the world for total confirmed cases, behind the United States and Brazil.

Delhi, India's capital, leads the country in new Covid-19 cases, according to the BBC, with a lack of testing and contract tracing playing a small role in the massive caseload. Last week, the outlet reported that the capital city was the country's largest hotspot with nearly 80,000 cases.

Though the subcontinent only just recorded more cases than Russia, it has counted almost twice as many deaths. India is reporting only 19,700 deaths while Russia is just under 10,200, according to Worldometer data.

Why hasn't India been able to get a grip on coronavirus

It's not for lack of trying, according to The Guardian, as Prime Minister Narendra Modi instituted strict lockdown measures and has expressed consistent social distancing messages since the lockdowns began in March. However, the country had exited from a two-month-long lockdown at the end of May only to find that it didn't succeed in flattening any curve, the Washington Post reported.

Modi has already stated his opposition against another national lockdown, according to NPR, but some cities are preparing to re-enter lockdown in 10-day increments. India Today reports cities that surround Mumbai will, once again, be forced into lockdown with exemptions only for workers and essential services.

India is the world's most populous country with over 1.3 billion people residing within its borders, more than triple that of the United States. As The Guardian reports, testing facilities couldn't keep up with demand as "one testing lab serves 30 million people" in some areas of the country.

While attempting to fight off the coronavirus, India has also been suffering through a heatwave that has worsened the crisis as residents struggle with just staying at home, according to the Associated Press. Temperatures soared to nearly 120 degrees in New Delhi, making mask-wearing unbearable to some and social distancing harder to maintain.

Despite the drastic rise in cases, United Airlines wants to return to India and offer flights between the capital city and its hubs in Newark and San Francisco, according to a July 1 press release. Passengers won't be able to fly to India due to government restrictions but the Indian Express reports that United will operate three flights from Delhi to Newark in mid-July.