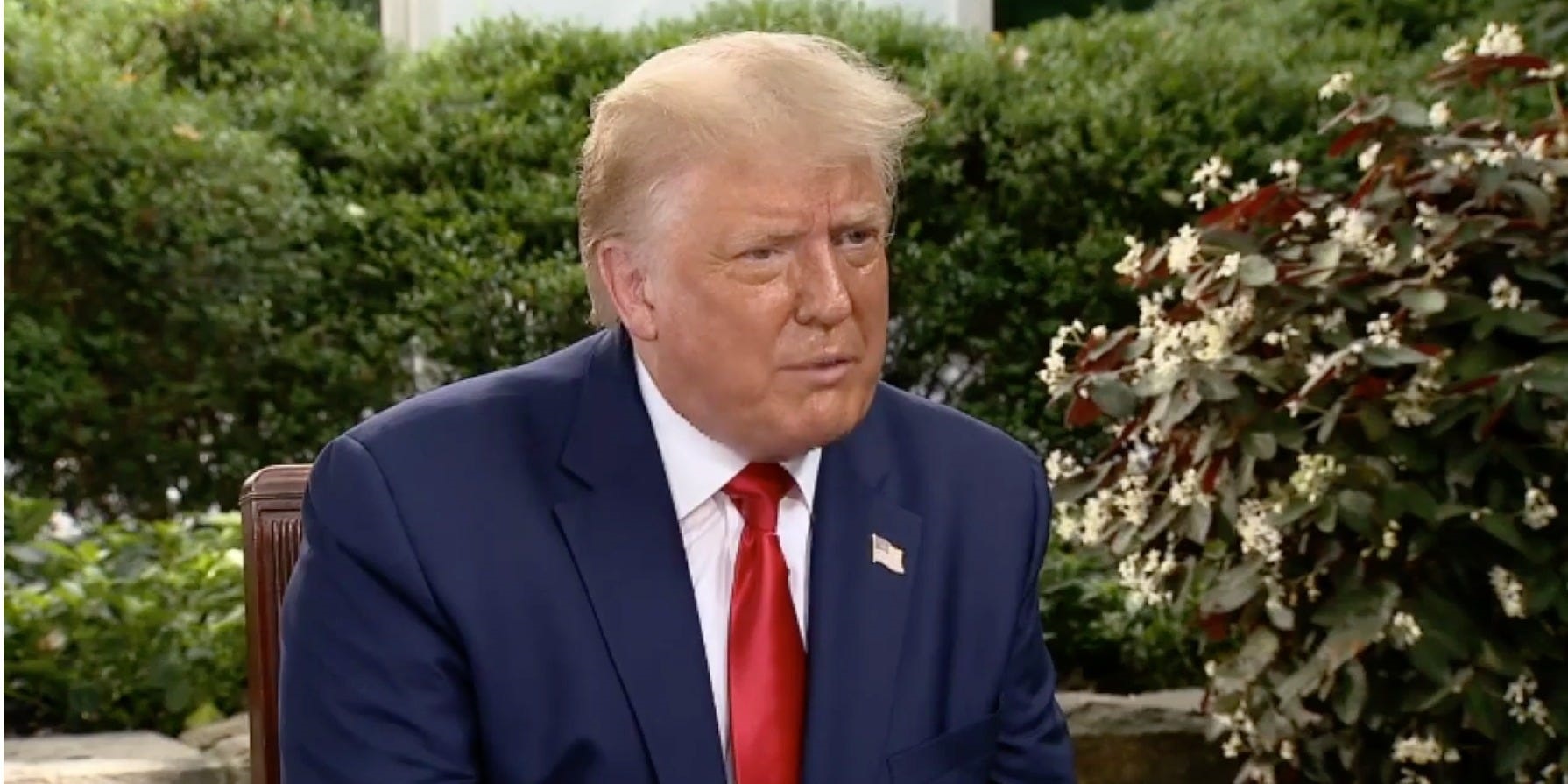 President Donald Trump on Tuesday held his first coronavirus-focused briefing in months, and he did so without members of the White House coronavirus task force.

Trump was accompanied only by the White House press secretary, Kayleigh McEnany, and he told reporters that Dr. Deborah Birx - the task force's coordinator - was right outside the door. He did not answer why he was not accompanied by Dr. Anthony Fauci, the leading infectious-disease expert in the US.

During his relatively short Tuesday briefing, Trump talked mostly about testing, ventilators, and mask use, though he did answer a reporter's question about the sex-trafficking suspect and Jeffrey Epstein associate Ghislaine Maxwell, saying he wished her well.

Public-health officials were not present. Fauci, the director of the National Institute of Allergy and Infectious Diseases, told CBS News he wasn't told anything about attending the press conference.

Trump's relationship with Fauci is thought to be more distant, and multiple White House officials tried recently to undercut Fauci, an effort on which the White House later backed down.

The president recently called Fauci "a little bit of an alarmist" over his stark warnings about the coronavirus pandemic. Cases and deaths in the US have continued to surge, and the country has repeatedly hit daily records of new cases.

Fauci has advised that states reopen slowly and reconsider imposing restrictions as cases continue to rise. He's also in support of wearing masks. Trump did advise people to wear masks during Tuesday's briefing but has stopped short of calling for mask mandates and has mostly refused to wear a mask himself.