Covid was circulating in Europe and China months before Wuhan outbreak, studies show 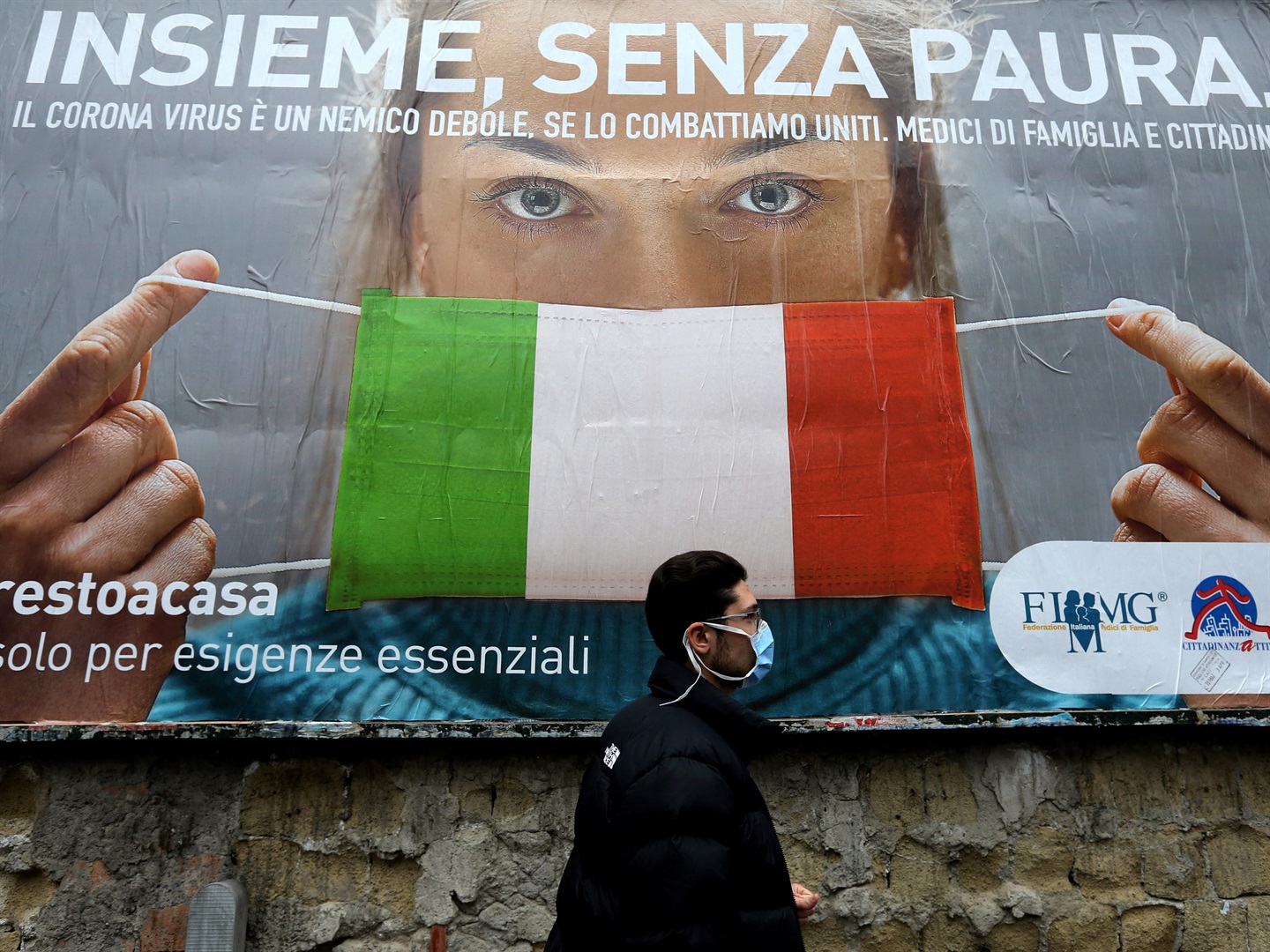 A man walks past a billboard that reads "All together, without fear," in Naples, Italy, March 22, 2020.
Carlo Hermann /AFP/Getty

Almost exactly one year has passed since the World Health Organisation announced the first confirmed cases of the new coronavirus.

Yet the virus' origin and the true timeline of its worldwide spread remain a mystery. A growing body of evidence now suggests it was circulating months before the first cases captured global attention in Wuhan, China.

A study from Milan's National Cancer Institute found that four of Italy's coronavirus cases dated back to October 2019. Research from China shows people were getting sick in Wuhan in November and early December: One analysis, based on satellite images of Wuhan hospitals and online searches for COVID-19 symptoms in the area, suggested the virus may have started circulating there as early as late summer.

Although pinpointing the exact date of the virus's first jump from animals to people is impossible without more data, many studies suggest the pandemic's December anniversary is arbitrary.

"It is perfectly possible that the initial cross-species transmission event did not happen in or around Wuhan itself," Edward Holmes, a virologist at the University of Sydney, told The Guardian.

The virus was spreading in Wuhan before December

Authorities in Wuhan initially told the WHO about a mysterious, new virus on December 31. But government records show China's first coronavirus case happened on November 17, 2019, according to an investigation by the South China Morning Post.

According to the SCMP, Chinese medical experts pinpointed 60 coronaviruses cases from November and December by reanalyzing samples taken from patients seen during that time. That analysis showed that a 55-year-old from Hubei province (where Wuhan in located), was the first known case of COVID-19 in the world, though the disease hadn't received that name yet.

In another study, researchers at Harvard University used satellite imagery of Wuhan to measure traffic to six city hospitals. They saw an uptick starting in August 2019, which peaked six months later. This timeline coincided with an increase in online search traffic for terms like "diarrhea" and "cough," the study authors found.

Even an investigation of the Wuhan market linked to many of the early cases has shown that it wasn't the origin site of the pandemic. Among the 41 coronavirus cases Wuhan first reported, many were people who visited or worked at the Huanan Seafood Wholesale Market. But according to a report in The Lancet, 13 of those original cases had no link to the market.

A May investigation also led the Chinese Centre for Disease Control and Prevention to rule the market out as the origin place of the outbreak. That's because none of the animals there tested positive for the virus.

Most likely, the market was simply the site of an early superspreader event, with one sick person infecting an atypically large number of others. Superspreader events around the world have created clusters of infections that cropped up almost overnight.

Research suggests the virus was in Italy in September

Italy recorded its first official coronavirus case in Lombardy on February 21. Yet a recent study found coronavirus antibodies in blood samples collected from 23 Italians in September and 27 in October.

"Our results indicate that SARS-CoV-2 circulated in Italy earlier than the first official COVID-19 cases were diagnosed in Lombardy, even long before the first official reports from the Chinese authorities, casting new light on the onset and spread of the COVID-19 pandemic," the authors wrote. (SARS-CoV-2 is the clinical name of the virus.)

A study conducted by Rome's Department of Environment and Health supports that conclusion: Researchers found the coronavirus' genetic material in sewage samples from Milan and Turin dating back to December 18, 2019.

In May, doctors at a Paris hospital discovered that a patients they'd treated for pneumonia on December 27 had been sick with COVID-19. France didn't record its first official case until January 24, however.

In Spain, meanwhile, researchers from the University of Barcelona found evidence of the coronavirus in city sewage samples collected in mid-January, six weeks before the country's first official case.

Surprisingly, a sewage sample collected on March 12, 2019 also tested positive for traces of the coronavirus. But testing wastewater isn't a perfect way to detect outbreaks, as Claire Crossan wrote in The Conversation. So it's possible that March sample had been contaminated during study.

By December 2019, the virus had reached the US

Research in the US, too, offers evidence that the virus had gone global before humanity even knew it existed.

The US recorded its first coronavirus case on January 20. But according to one study, the virus had reached the Pacific Northwest at least a month earlier. Blood samples collected by the American Red Cross in nine states, including California, Oregon, and Washington, showed that some Americans had coronavirus antibodies as early as December 13, 2019.

Antibodies are an imperfect measure of the outbreak, since some research suggests our immune systems can create antibodies that recognize the new coronavirus in response to some common colds. Antibody tests can also yield false positives.

Further examination of blood samples taken in 2019 could be the best way to find out when this pandemic really began.