These safaris allow guests to participate in wildlife management, including tagging rhinos Two new conservation camps have opened in the Waterberg area of Limpopo province, offering guests a more hands-on safari experience that goes beyond just sitting in a game drive vehicle. Guests at Marataba's Conservation Camps get an in-depth look at what it truly takes to protect the wilderness.

"What makes Marataba so different from other parks in Africa? Well, a whole host of things", says Dr Andre Uys, the Group General Manager for Marataba Conservation. "Number one, it is a seriously exciting model, which probably, in some way manner or form, will be the future of conservation in Africa. It's about forging partnerships". Its unique government partnership ensures a productive pooling of expertise and resources at Marataba for sustainable land management. The launch of these innovative camps ensures that the park remains a pioneering conservation prototype.

A standalone R750 conservation fee is built into the charge for each stay.

"Here at Marataba, we can give you an absolute hundred percent commitment that all [spend] will be used in conservation", says Uys. "Not some of it. All of it. That's a key thing. If you look at all these massive NGOs, huge percentages get lost in administrative costs, and five to 15% ends up where it's supposed to. That's crazy!" 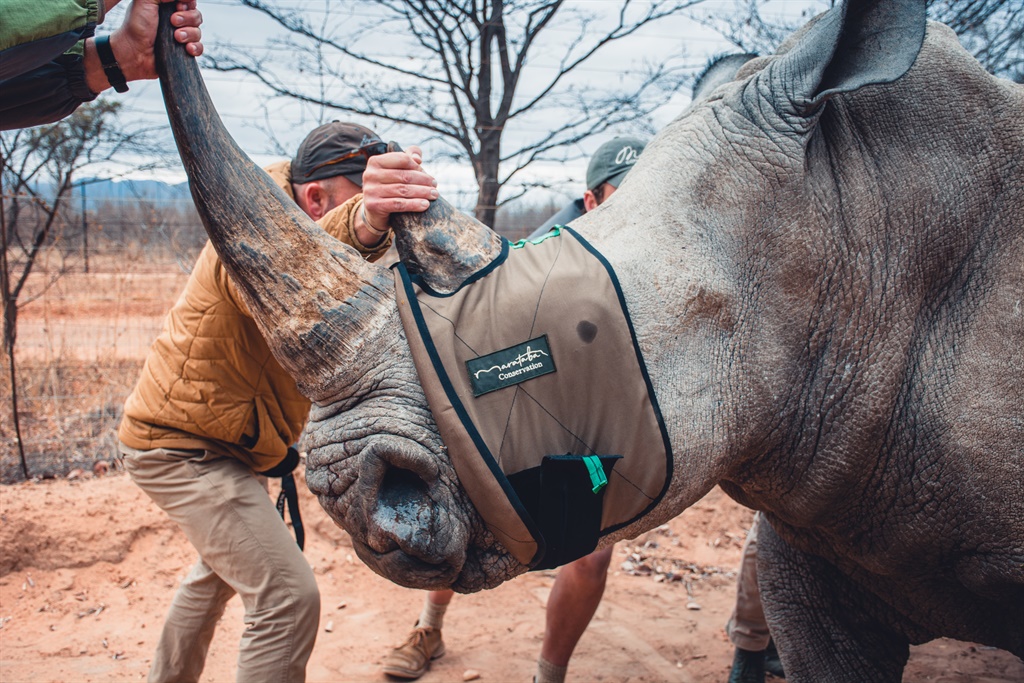 Not only does this conservation fee go directly towards funding vital tools such as camera traps, microchipping equipment and radio collars, but guests can then go on to personally fit these items and see them in action.

During Marataba’s inaugural Rhino Week, safari-goers at Founders and Explorers Camp got to actively participate in conservation, by helping teams on the ground with vital rhino monitoring.

Marataba forms a part of the larger Waterberg Biosphere Reserve and is home to a globally significant population of rhino, reportedly the second-largest in South Africa.

"I think the more awareness that we can create for the park around rhino, the better chance of success, protecting them", says Uys.

Marataba aims to notch 30 to 40 rhinos annually to identify the majority of the animals in the area. Rhino notching is an ongoing and essential wildlife management intervention but undertaken for conservation purposes only. Once these numbers are achieved, trackers will be able to monitor population changes better and tell if a specific animal is missing then alert the anti-poaching squads. Guests can help the reserve meet their numbers and participate in a notching experience for an additional conservation contribution of R52,000 per group. This fee helps cover the costs of darting, helicopter hire and specialist support.

Wildlife monitoring and management is a core function of Marataba's conservation team. From population control and ecological processes to snare patrol, telemetry walks and elephant impact assessments the other activities on offer all highlight that conservation goes way beyond the realm of rhino.

"Our goal is to have all our guests leave having been part of a positive change as well as feel a responsibility to continue the work when they return home," says Uys.