Google used to be called BackRub. Here are 8 other companies that started with completely different names. Ever heard of the search engine BackRub? Probably not - but you've definitely used it. The website that Sergey Brin and Larry Page founded in 1996 was rechristened Google a year later.

Companies undergo rebranding all the time, but occasionally their new names catch on so quickly that the old ones are virtually forgotten. In Google's case, BackRub was still a relatively unknown side project for Brin and Page, until increasing traffic to the search engine prompted them to find a more marketable name.

Other present-day tech giants went by completely different names as well - Amazon, for example, used to be called Relentless.

Many of the companies on this list changed their names early on.

Here are some of the most drastic name changes undergone by today's most recognizable companies. Note that, where possible, we've pointed out the logo changes if the original version is available in the public domain. According to ThoughtCo., Caleb Bradham invented what we know today as Pepsi back in 1893, after Coca-Cola had already been around for seven years. Bradham ran a pharmacy, and like many pharmacies at the time, it had a soda machine that Bradham created soft drinks with.

He ostensibly named his new concoction after himself - using a portion of his last name - until he changed the name to Pepsi-Cola in 1898, per The Pepsi Store website. The new name came as part of Pepsi-Cola's health marketing strategy to make the drink's name sound like "dyspepsia," a term for indigestion. The "Cola" portion of the name wasn't dropped until the 1960s.

Before Google was the monolithic search engine we know today, it was called BackRub.

You may ask yourself why anyone would choose such an unmarketable name, but there was a (somewhat) practical reason. As previously reported by Business Insider, an early version of the search engine analyzed websites' back links to see how high up on search results they should be placed.

"Google" came from a fellow Stanford student, who suggested "Googolplex," which is the name for 10 to the power of "googol." (A "googol" is 10100, written as 1 followed by 100 zeroes.) Eventually, the name was reconfigured to "Googol," then finally to its current form, apparently thanks to a simple spelling error. Co-founders Larry Page and Sergey Brin registered the new domain name on September 15, 1997, and the rest is history. Just like Google's Brin and Page, Jerry Yang and David Filo were also Stanford students building a website in the early days of the internet when they came up with what we now know as Yahoo in 1994, CNN reports.

Their site's original (extremely straightforward) name was "Jerry and David's Guide to the World Wide Web." It was a makeshift index of websites that eventually became a search engine. A year later, they renamed it Yahoo!, an acronym for "Yet Another Hierarchically Organized Oracle." The site soon rose up among the tech titans - that is, until Google edged it out in profitability and popularity by the early 2000s. Canadian software company Research in Motion (RIM) was founded in 1985 and started making BlackBerry devices in 1999, according to The Telegraph. And despite BlackBerry phones soon becoming ubiquitous, the parent company kept its original name until 2013, when it finally switched over to the more recognizable Blackberry Limited.

Fun fact: According to Quartz, RIM's devices - first pagers, then phones - were named after blackberries because of their round buttons, which resemble the drupelets (round parts) of a fruit.

In 1995, French-born Iranian-American Pierre Omidyar created a personal website, which then grew into AuctionWeb, a place where people could bid on all sorts of items.

AuctionWeb was just a smaller portion of the larger eBay site, which also included a travel section and a personal shipper portal. As AuctionWeb became insanely popular, the name was changed to eBay to reflect what media outlets had decided to call it. The change became official in September 1997.

When Nike was first founded as Blue Ribbon Sports in 1964, it was the US distributor for another shoe maker that eventually changed its name: Onitsuka Tiger (now known as Asics).

By 1971, Blue Ribbon Sports wanted to make its own shoes, but founder Phil Knight and his team felt the company needed a catchier name. As Business Insider previously reported, names like "Dimension Six," "Peregrine," and "Bengal" were thrown around, until someone suggested "Nike" - the winged Greek goddess of victory. Knight didn't love the sound of it, but felt it would catch on in time. And it did. Although it may be better suited as the title of a Hollywood thriller, Amazon founder Jeff Bezos initially thought "Relentless" should be the name of his online marketplace. After friends said the name sounded too "sinister," Bezos decided on a name that had to do with size and volume. Thus, he chose to name his site after the world's largest river.

If you go to "relentless.com" today, you'll still be automatically redirected to Amazon's homepage. 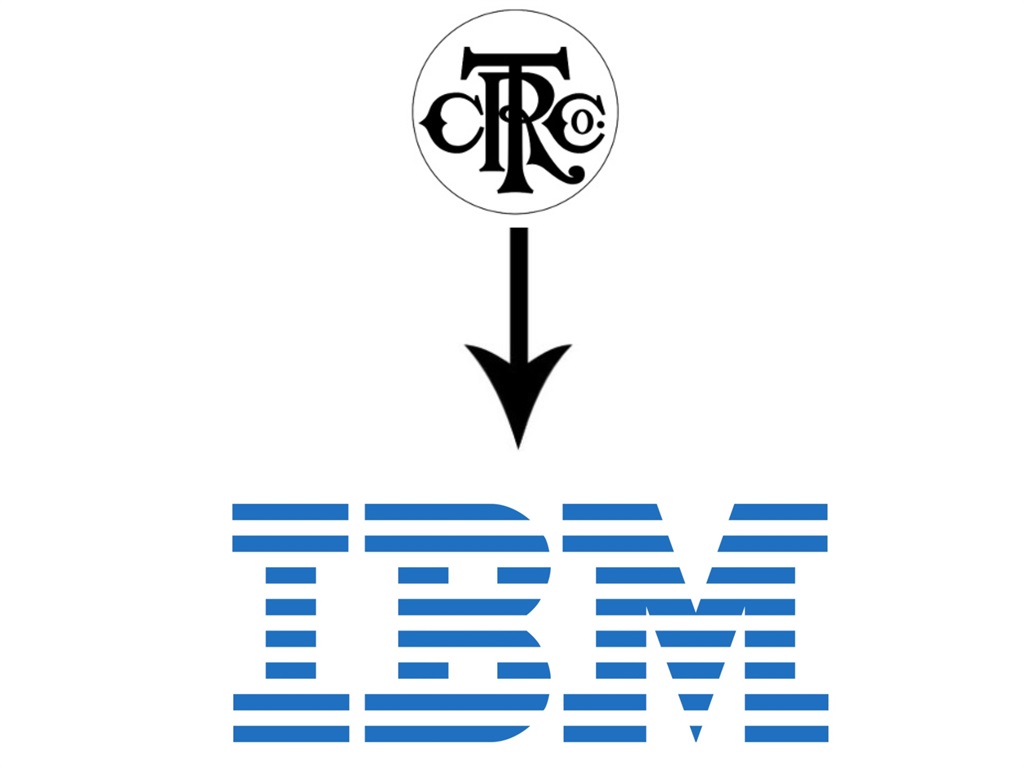 IBM - which stands for International Business Machines - has gone through a number of name changes through company mergers and modernization over the years.

In the 1880s, four companies combined to form the Computing-Tabulating-Recording Company (CTR). The four companies made everything from clocks to data processing machines, and once they merged, they continued to operate in more or less the same way. It wasn't until 1924 that the companies collectively became IBM. By 1933, IBM started using its name on all of its products, effectively completing the merger.

A small sandwich shop called Pete's Super Submarines opened in 1965 in Bridgeport, Connecticut. Its founder, 17-year-old Fred DeLuca, received $1,000 for his business venture from Peter Buck, a family friend, according to the company website. In 1968, Pete's name was dropped from signs and Subway was born, eventually growing into an international chain.