Caffeine is the most commonly used psychoactive drug in the world - for good reason. It wakes us up, helps us stay on task, and provides an extra energy boost.

Most people in the Americas and Europe get a caffeine fix from coffee.

But people often worry that they should limit their coffee consumption or cut it out completely. That's probably because coffee can feel like a crutch.

It is possible to overdo it on caffeine -many heavy coffee drinkers surpass the recommended limit of 400 mg of caffeine per day, and that can cause insomnia, restlessness, or a fast heartbeat, especially if consumed too fast.

But most research on coffee consumption indicates that coffee is not bad for us, and is associated with some pretty impressive health benefits. Even people who drink lots of coffee, more than five or six cups a day, seem to be far healthier than people who drink little or none.

In most cases we can't say that coffee actually causes health benefits - the causal mechanism is unclear. But research does suggest that coffee drinkers are less likely to suffer from certain illnesses.

There are plenty of foods and drinks that most of us should consume less. But you shouldn't worry about your coffee habit. Here's why.

Liver health: A review that combined the results of nine studies found that drinking more coffee is associated with lower risk of cirrhosis.

Heart disease: A review of more than 200 studies found that people who drank three or four cups of coffee per day were 19% less likely to die from cardiovascular disease.

Type 2 diabetes: One large review of studies found that every additional cup of coffee a person drinks per day was correlated with a 7% reduced risk for developing Type 2 diabetes.

Another review published in May 2019 found that people who drank four cups of coffee had a 24% lower risk of death from diabetes than people who didn't drink any coffee.

One review found that heavy coffee drinkers (who had at least three cups per day) had an 18% reduced risk for cancer.

Another review found people who drink two to two and a half cups of coffee daily had a 4% reduced risk of cancer in general, and yet another found that at least one cup per day was associated with 15% reduced risk for liver cancer and an 8% reduced risk for endometrial cancer.

Some data indicates that coffee drinkers may be less likely to suffer from oral/pharyngeal cancer and advanced prostate cancer as well.

Alzheimer's disease and dementia: A meta-analysis of studies about coffee intake and brain health calculated that regular coffee drinkers were approximately 16% less likely to suffer from Alzheimer's, dementia, or cognitive decline.

There are smaller studies that suggest drinking coffee can lead to even bigger reductions in one's risk for Alzheimer's as well. 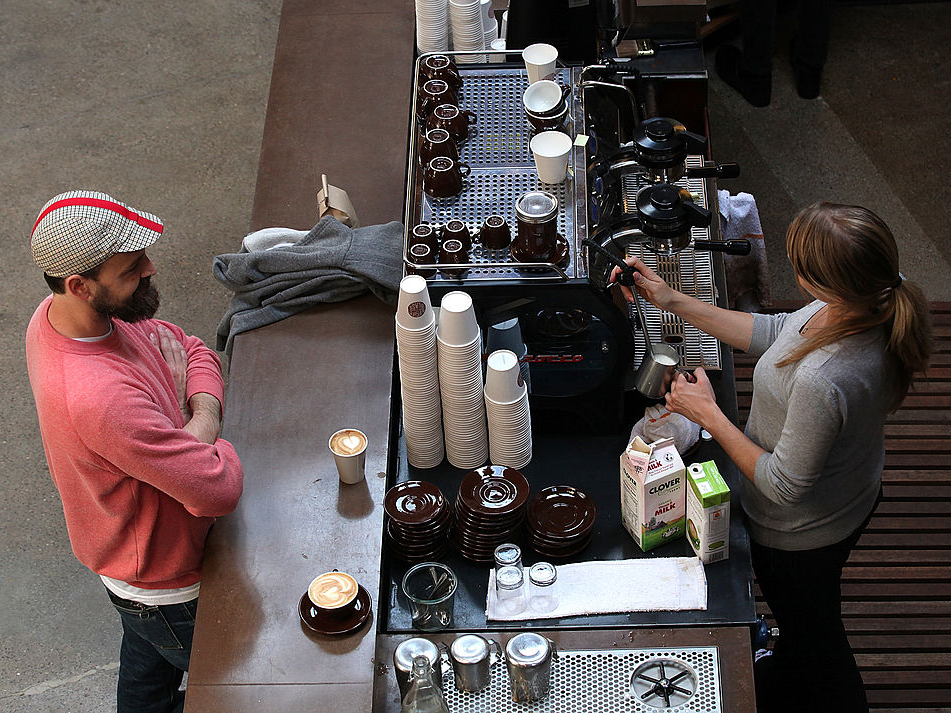 Overall mortality: A large study of more than 500,000 European people found that in a 16-year period, men who drank three or more cups per day were 12% less likely to die, and women who did the same were 7% less likely to die. Other studies agree.

In particular, coffee drinkers were less likely to die from circulatory and digestive diseases. People who drank a lot of coffee also had healthier livers.

Another study of 185,855 multi-ethnic Americans confirmed these results. People who drank one cup per day were 12% less likely to die. A coffee intake of two to three cups was associated with an 18% decrease in risk for early death. (Decaf had the same benefits.)

The Institute for Scientific Information on Coffee, a group funded by coffee companies, recently highlighted a number of independent peer-reviewed scientific studies on coffee in a report. That evidence all pointed to a lower mortality risk for frequent coffee drinkers.

Studies indicate that even people who drink lots of coffee see these benefits.

A study published in the August issue of the journal JAMA Internal Medicine followed 500,000 people in the UK for 10 years, and found that those who drank two to five cups of coffee in a day were about 12% less likely to die than non-coffee-drinkers.

That study also confirmed that people whose genetics make them slow to process caffeine still get the same benefits.