Coco Gauff: What you should know about the 15-year-old who beat Venus Williams in the Wimbledon Grand Slam Gauff first emerged as promising talent at just 11-years-old. Here's everything you should know about her quick ascent to tennis stardom.

Gauff's record-breaking youth has captured the attention of a global audience at Wimbledon 2019.

The 15-year-old took a science test at 11 PM the night before she played one of the three qualifying matches at Roehampton to make the main tournament at Wimbledon.

Gauff told CNN she ended up getting a 'B' on the test, and that only one of her teachers even knew she played tennis, but are now all cheering her on.

Gauff decided to focus on tennis in 2011, when she was just 7-years-old, after playing soccer and gymnastics alongside the sport as a child.

Gauff grew up in Atlanta, with her parents and two younger brothers. She was homeschooled by her mother, a former teacher.

The Gauff family moved to Delray Beach in Florida so that Gauff could train alongside other junior tennis players in what Tennis.com calls a "professional tennis incubator."

Gauff's parents were both university athletes in Georgia and Florida.

It qualified Gauff to fly to Paris and compete for a wild card entry into the Roland-Garros international event. While she eventually fell short, Gauff became the youngest ever finalist in the girls' singles event at the US Open.

Gauff has said in the past that she wanted to be "the greatest" tennis player. After winning the Junior French Open in 2018, the second-youngest to do so, and winning match after match at Wimbledon 2019 as the youngest female to qualify for a Grand Slam tournament main draw (the youngest player overall the qualify for the main draw at Wimbledon), it seems as if Gauff is on her way to accomplishing her ambitious goal.

In the opening round of Wimbledon, Gauff defeated five-time champion Venus Williams. Gauff told reporters after the win that she thanked Williams, who she "wouldn't be here without." Williams had already won six Grand Slam titles by March 2004, when Gauff was born.

Gauff told CNN she grew up idolizing the Williams sisters. She was trained by Serena Williams' coach Patrick Mouratoglou and the Champ'seed Foundation that helps young tennis talents who may not have the financial ability to receive training at the highest level.

When Gauff played against Williams, she used a mental trick popularized by the movie "Hoosiers." In the film "Hoosiers," fictional high school basketball coach Norman Dale tells players to remember that the dimensions of a bigger court are the same as the ones they practiced on.

Gauff said she used the same trick when facing the court at Wimbledon, the largest she had ever played on.

Gauff went on to defeat Magdalena Rybarikova two days after her match against Williams.

Gauff is on track to become a millionaire by the end of the year. 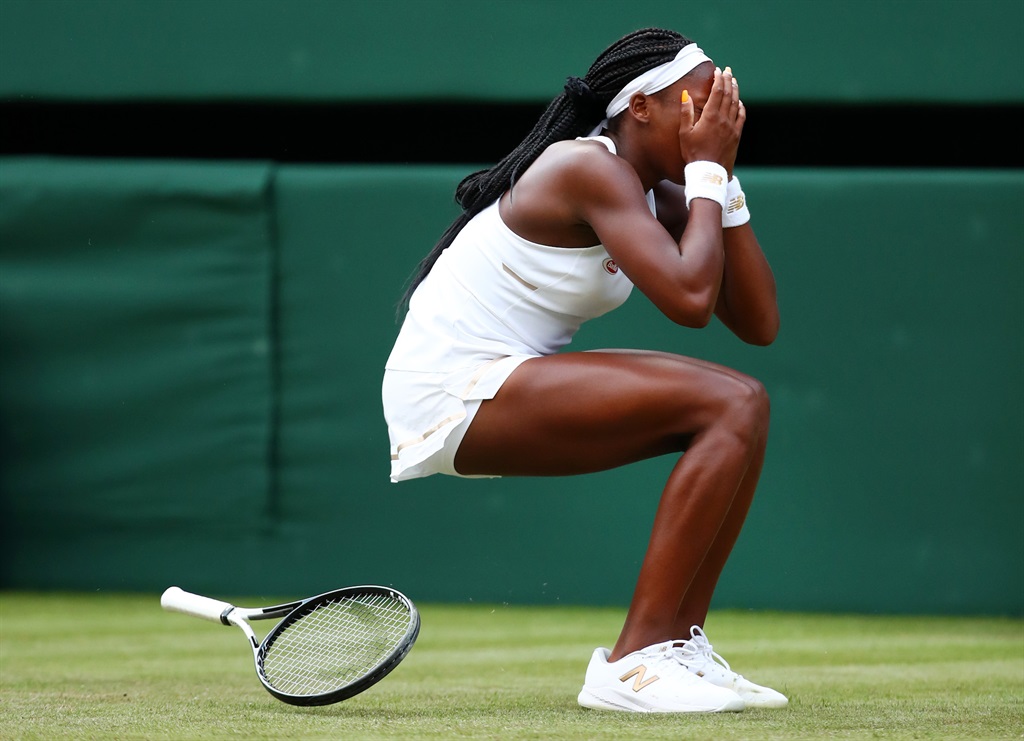 As Gauff continues to knock more experienced players out, her earnings have only increased in size, putting her on track to make more than $1 million by the end of 2019.

Outside of her tennis matches, Gauff acts like any other American 15-year-old.

She watches makeup tutorials before matches, once dressed up as the daughter of Eden for Halloween, and is a fan of the singer and son of Will and Jada-Pinkett Smith, Jaden Smith.

She also likes Rihanna, Kendrick Lamar, and Beyonce, and says she's been star-struck to receive so many messages from celebrities after her winning streak.

Gauff was able to overcome an early setback in her third round match against Polona Hercog, beating her two sets to one on Friday. Gauff survived the first week of her Grand Slam debut at Wimbledon, with her toughest match yet against Hercog.

Gauff will advance into the Round of 16 next week at Wimbledon. She is set to play against the former world number one champion, Simona Halep.