In 1985 Coca-Cola introduced New Coke, a completely reformulated version of its famous drink – in what came to be described as "the biggest marketing blunder of all time".

That is a long time ago, and current CEO James Quincey only joined the company well over a decade later, but it is a blunder he is determined to learn from.

"When you think about the New Coke example, at the beginning there was only a few complaints, on day one," he tells Business Insider South Africa. "Then it snowballed out of control. You always have to pay attention to the weak signals."

Right now Coke is receiving weak-signal noise about reformulations, but this time it is not about one over-arching new flavour intended to replace an old one. 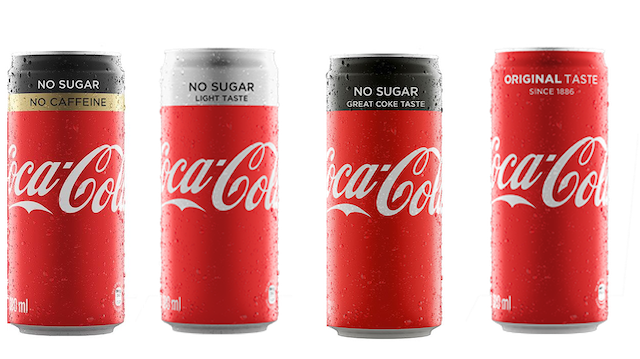 That is not counting Coke with coffee, Coke Energy, or the less-common versions flavoured as vanilla or cherry – because those are fairly easy to distinguish from the more classic Coke on shelves. That is not the case with the core group of variants, according to angry buyers.

This week the Advertising Regulatory Board published its decision in ruling against a complainant who said he had been misled by a bottle of Coke with 29% less sugar than he is used to, which still claimed to be the "original taste". The advertising watchdog said that "something as subjective as taste cannot be generalised to an extent where everyone would agree" – and accepted Coke's market research that suggests most people can't really tell the difference between the original high-sugar and the reformulated version.

He isn't alone. Between those who long for the sugar-heavy old version of Coke, and those who reach into a fridge and accidentally takes the wrong flavour, Coke's big-tent approach to what constitutes a Coca-Cola has its critics.

But while Quincey says his company has to "listen to every complaint", the sales numbers aren't showing any sign of trouble – quite the opposite if anything – and it looks like the days of a single type of Coke are gone for good.

But that doesn't mean the packaging won't change. The way different variants of Coke are presented, how easily they can be told apart at a glance, that is "a question that is still in motion, to use an American football term."

Coke wants to be one brand with different products revolving around it.

Diet Coke predates the New Coke fiasco by a a couple of years, and Coke Zero is now nearly a decade and a half old. But as one of the biggest brands in the world (no matter how you slice it) sought new markets, it ran into trouble.

"When we went down this road of brands expanding, actually they were all becoming different brands and personalities," says Quincey. "So actually it was starting to fragment as a brand, and we tried to bring it back in and make it coherent."

Coherence, in this case, means one "red brand", as company jargon has it – but not one product. Coke wants to be there when its fans turn 50 and maybe don't want caffeine after 8PM anymore. Maybe the packaging should emphasise that lack of caffeine a little better, or in a different fashion, but those ageing buyers should, ideally, be buying what they think of as Coca-Cola, staying "in the red franchise".

"The central idea is that there is going to be a Coke brand that you can enjoy in its original form, or without sugar, or without caffeine, or with a little big of flavour whether that is cherry or vanilla or whatever, but it's all rotating around the central core brand and keeping the kind of redness of that brand, which is part of the iconography," says Quincey.

Perhaps those who grew up with a franchise they love will be willing to sacrifice a little bit of convenience – such as being able to identify the right drink immediately – in return for being able to stick with Coke when they give up sugar. So far that bet is paying off for Coke, with the drink doing better over the past two years than it had over the previous five, its CEO says.

Related Links
Why Coca-Cola invented Fanta in Nazi Germany
We tried the new coffee-flavoured Coke, which is now on sale in South Africa. It surprised us
R24 billion later, Pepsi could finally have a fighting chance against Coke in South Africa – and...
Next on Business Insider
SpaceX included a controversial NDA when it settled a sexual misconduct claim against Elon Musk