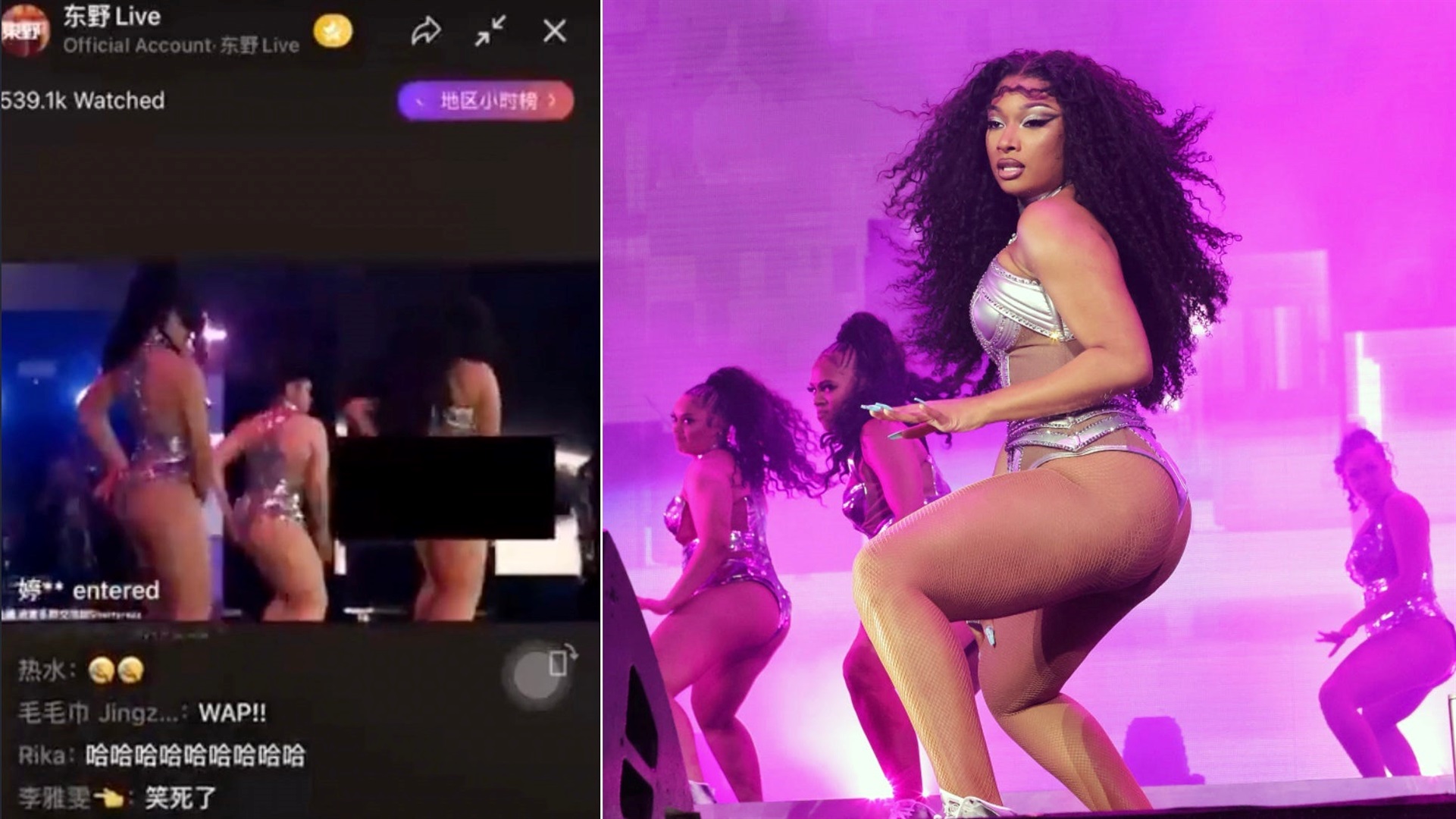 The black bar meant to cover up revealing body parts could not keep up with Megan Thee Stallion's dancers.
WeChat, Kevin Winter/Getty Images for Coachella

Megan Thee Stallion's Coachella performance on the weekend was so hot that Chinese censors struggled to keep up while trying to cover up some of her scantily clad backup dancers.

During a live stream of the rapper's performance on the Chinese social media platform WeChat, a black bar could be seen flying all over the screen in an attempt to block out the dancers' exposed body parts. Megan and her dancers had worn high-cut bodysuits that showed off their lower bodies.

While the video appears to have been taken off the platform, it was saved and shared online with many WeChat users commenting on the censors' unintentionally humorous efforts.

Coachella is also being livestreamed via WeChat. Apparently, this performance not only made censors sweat, everyone was also joking that they're singing a song about Shanghai Puxi District. #MeganTheeStallion #Shanghailockdown pic.twitter.com/2ltSqzFC9c

"Just give up, brother, your fingers can't keep up. They're moving too fast for you," one user wrote alongside several laughing emojis.

When the black bar appeared to stop moving for a split second, a user commented: "He must have stopped to take a sip of water, but now it's back to business."

The Chinese authorities also had another issue to contend with regarding users' comments: References to Shanghai's harsh Covid-19 lockdown.

As the rapper had performed her hit song "WAP" — an acronym for "wet ass pussy" — social media users turned it into a pun about the Shanghai district of Puxi. "Hang in there, Puxi," several comments read.

Shanghai, a financial hub with 26 million residents, has been placed under a strict and indefinite lockdown amid a surge of Covid-19 cases. Public anger has been mounting over the authorities' handling of the situation, with people across the city claiming that they are running out of food.

have shown how clunky it can be when trying to edit out material.

In 2015, the historical TV drama "The Saga of Wu Zetian" was pulled from broadcast because of the visible cleavage shown by some of the actresses playing palace ladies, per CNN. When the show was aired again, the actresses' chests were completely cropped out, leading to much tighter shots of many women in the series.

Last year, Chinese censors also blurred out the logos of many Western brands that appeared on the clothes of people on reality TV shows, per BBC. At the time, at least 11 US and European brands — including Burberry, Nike, and Adidas — had faced boycotts in China for criticising alleged forced labour practices in the Xinjiang region.