In this computer-simulated image of a black hole, the black region in the center represents the event horizon, where no light can escape the black hole's gravitational grip.
NASA, ESA, and D. Coe, J. Anderson, and R. van der Marel (STScI)

Astronomers have discovered the closest black hole to our solar system - it's just 1,000 light-years away.

Scientists from the European Southern Observatory (ESO) detailed the findings in a study published Wednesday in the journal Astronomy & Astrophysics.

Since black holes exert a force of gravity so strong that not even light can escape, you can't see them directly - but you can see some of the stuff that orbits them. That's how the researchers stumbled upon this black hole. They were studying double-star systems and noticed that one of the stars they were watching was orbiting an invisible object every 40 days.

"An invisible object with a mass at least 4 times that of the sun can only be a black hole," Thomas Rivinius, an ESO scientist who led the study, said in a press release. He added, "this system contains the nearest black hole to Earth that we know of."

The below video shows what the astronomers saw: a star (blue) orbiting an invisible black hole (red), with another star (also blue) orbiting the inner pair. That makes this star system, called HR 6819, a triple system.

"We were totally surprised when we realised that this is the first stellar system with a black hole that can be seen with the unaided eye," Petr Hadrava, a scientist at the Academy of Sciences of the Czech Republic in Prague and co-author of the research, said in the release.

The star system is close enough that people in Earth's southern hemisphere can spot the stars on a clear night. 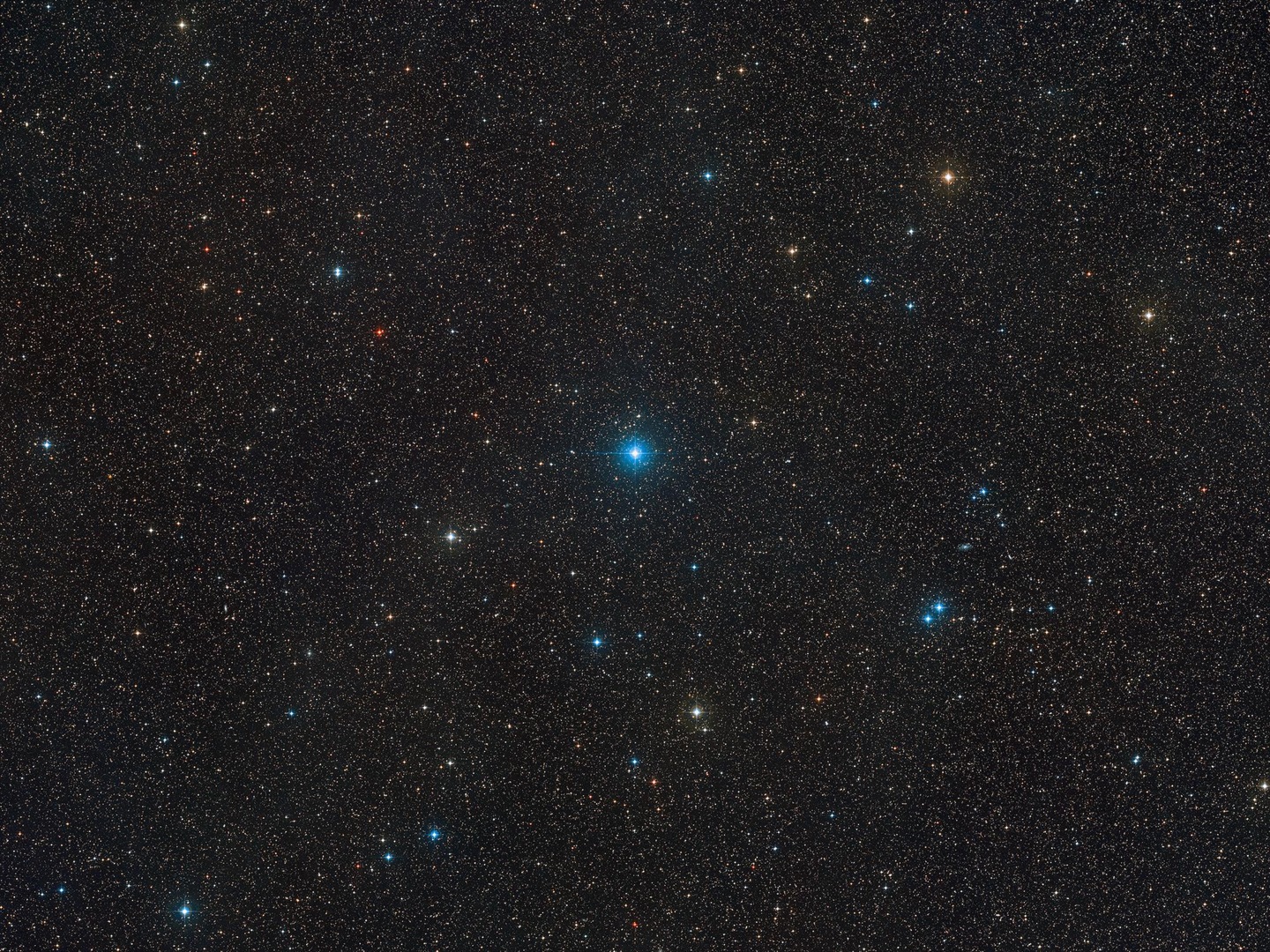 This wide-field view shows the region of the sky, in the constellation of Telescopium, where HR 6819 can be found. The triple system consists of two stars and the closest black hole to Earth ever found.
ESO/Digitized Sky Survey 2. Acknowledgement: Davide De Martin

Scientists normally find black holes by detecting the X-rays they emit as they devour matter from nearby stars. That's how astronomers have spotted most of the black holes they've found in the Milky Way so far.

However, scientists think that millions - possibly billions - of stars throughout the galaxy have collapsed into black holes but don't emit X-rays. The newly discovered black hole in HR 6819 seems to be one of them.

"There must be hundreds of millions of black holes out there, but we know about only very few. Knowing what to look for should put us in a better position to find them," Rivinius said.

Dietrich Baade, an ESO astronomer on the research team, called the discovery "the tip of an exciting iceberg."

In fact, the researchers already have their eye on another two-star system, called LB-1, that could be hiding its own black hole.

"Probably many more of these systems exist," Marianne Heida, an ESO postdoctoral fellow and study co-author, said in the release. "By finding and studying them, we can learn a lot about the formation and evolution of those rare stars that begin their lives with more than about eight times the mass of the sun and end them in a supernova explosion that leaves behind a black hole."