That's according to a major report, released Monday, from the Intergovernmental Panel on Climate Change — a UN body that recruits hundreds of scientists from across the globe to summarize years of research on the climate crisis.

"We are in an emergency headed for a disaster," Inger Andersen, executive director of the United Nations Environment Program, said at a Monday press conference.

"Climate change isn't lurking around the corner ready to pounce," she said, adding, "It's already upon us, raining down blows on billions of people."

Human-caused emissions have already led the planet to warm by 1.1 degrees Celsius in the last 170 years. The report drills down on how 1.5 degrees of warming or more could drastically alter our physical health, food and water supply, the availability of safe places to live, and the survival of animal species. 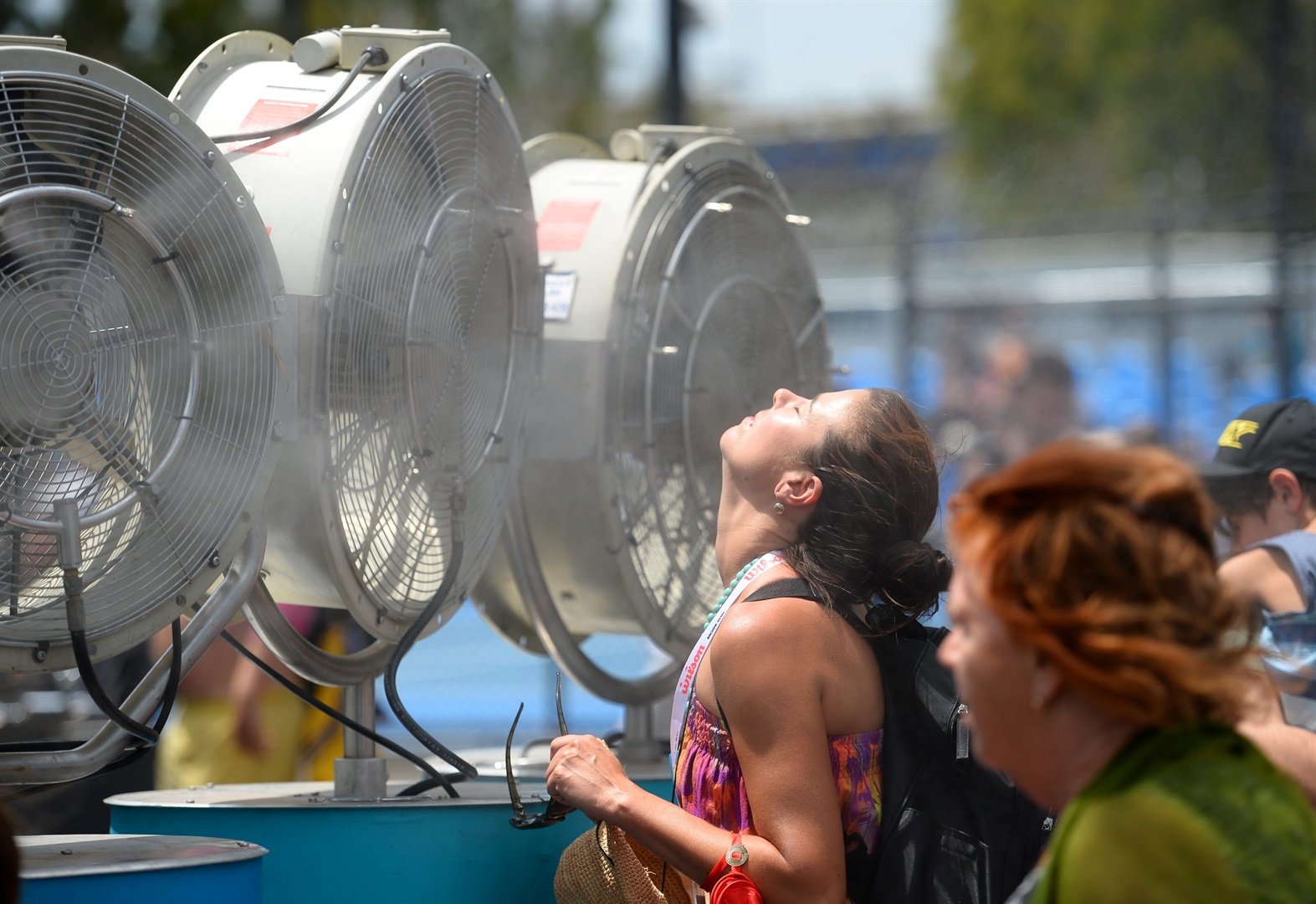 A woman cools off with fans and mist during a heat wave at the Australian Open tennis tournament in Melbourne on January 15, 2014.
William West/AFP/Getty Images

Here are some of the report's main takeaways:

Monday's release is the second portion of the IPCC's sixth assessment. The first portion, released last year, focused on physical changes to the planet. The new report assesses how those changes will impact humans and ecosystems.

While some climate outcomes are preventable, others set in stone. Last year's portion of the IPCC report found that glaciers will continue melting and seas will continue to rise for hundreds or thousands of years.

"The world we live in today is not going to be the world we live in five years, 10 years, or even 20 years from now," Debra Roberts, the co-chair of the IPCC report, said at the press conference. "We have to be much more vigilant about our actions."

How can the world adapt? Governments and industries have taken some measures to adapt to their new climates and prepare for impacts to come. The agricultural sector, for example, is broadly improving irrigation practices to prepare for water scarcity across the globe. And in some regions like West Africa, farmers are planting more drought-tolerant crops.

But the IPCC report concludes that these adaptations are not enough to protect ecosystems and humans from the onslaught of extreme weather, rising oceans, and food and water shortages.

The report recommends restoring wetlands along flood plains to absorb floodwaters, and planting trees along rivers to create shade and prevent them from drying up. Farmers may also consider diversifying their crops and livestock so they aren't dependent on a single food source. Adding green space to rooftops and walls in cities can help cool temperatures and reduce stormwater runoff. Parks and ponds can help mitigate extreme heat in urban areas. And a diverse array of renewable-energy sources, like wind, solar, and hydroelectric power, can support rural populations in the face of extreme weather.

"The tricky thing is that there is no silver bullet. There is no one action that's going to solve everything," David Dodman, a lead author of the report and director of human settlements at the International Institute for Environment and Development, told Insider. But that also means there's little time to waste.

"The world is currently underprepared for the coming climate change impacts, particularly beyond 1.5 degrees Celsius," the IPCC authors wrote, adding, "At higher levels of warming, the effectiveness of most land- and water-based adaptation options starts declining, and the extent of residual risks increases, as do the chances of future unintended consequences." A woman collects grain at a camp for internally displaced people in Adadle district in the Somali region of Ethiopia on January 22, 2022.
Claire Nevill/World Food Programme/Reuters

Changes in temperature, sea level, and food or water supply are already forcing people to relocate on every continent.

For example, more people move from Mexico's rural areas into cities during droughts. Some communities in Alaska are making relocation plans as flooding encroaches on their homes. Droughts are also driving migration in sub-Saharan Africa, parts of South Asia, and South America, according to the report.

The IPCC authors expect more Arctic communities, particularly indigenous peoples, to migrate as ice melt interferes with their ability to live and hunt. A member of the Nenets indigenous tribe, Avgusta Ledneva, 60, stands near reindeer grazing in a settlement in northern Russia's Tundra region on February 19, 2012.
Anton Golubev/Reuters

The report also predicts that hundreds of millions of people will be at risk of climate-related displacement by the second half of the 21st century. Eventually, people may pay a premium to live in climate-safe locations.

"There's concern over climate gentrification, where safer locations that formerly were home to lower-income groups in cities become more desirable, because of their perceived safety from climate risks and therefore the regional inhabitants begin to be priced out," Dodman said, adding, "I think that's a legitimate concern for the future."